Home MMA News Daniel Cormier: Anthony Johnson is a Tyson-esque bully who won’t do well when you stand up to him
ShareTweet 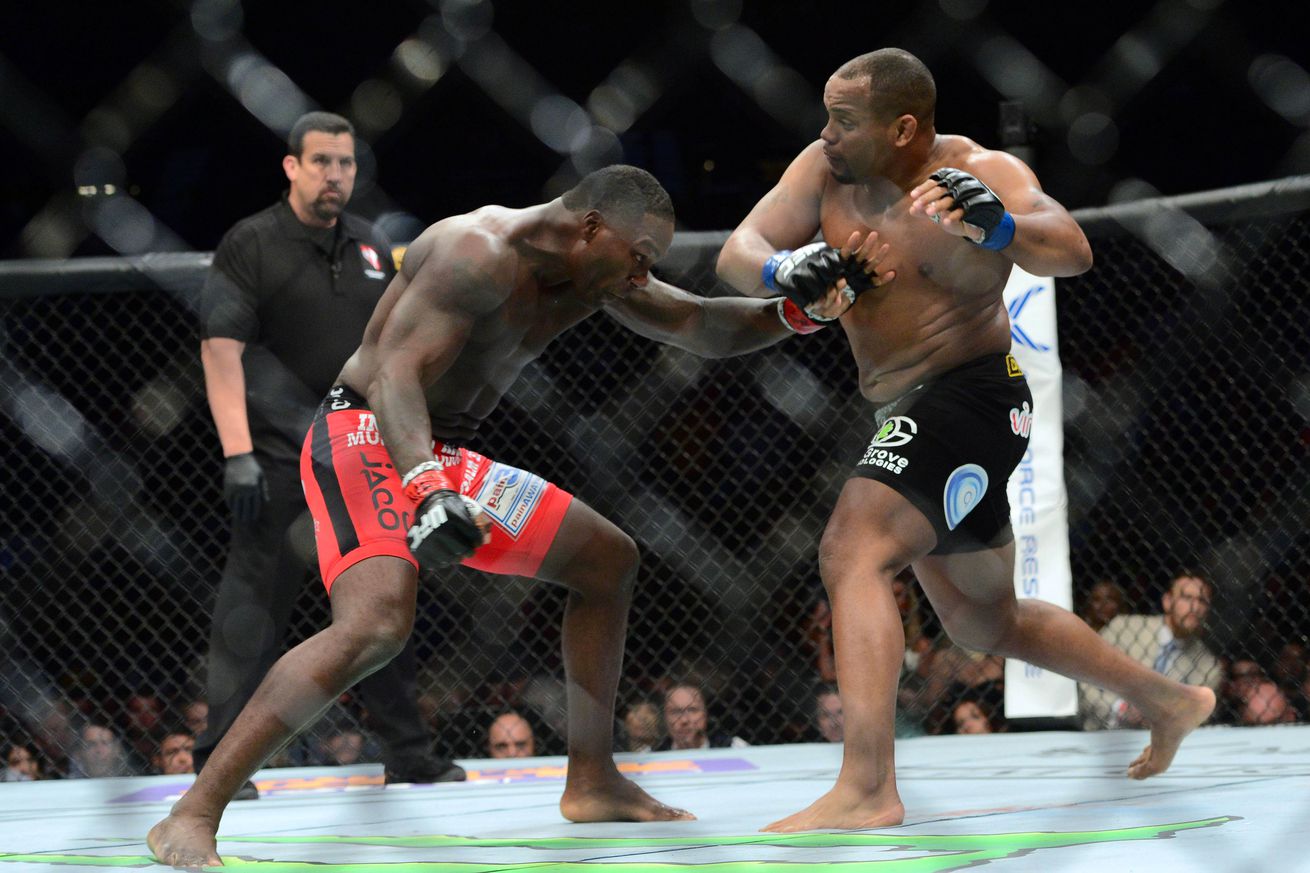 Daniel Cormier is set to step back into the Octagon on April 8, 2017 at UFC 210 in Buffalo, New York, to take on Anthony Johnson in a rematch of their light heavyweight title fight a few years ago.

As is the case when fighting a heavy-hitter like “Rumble,” the threat of a knockout is always around the corner, something “DC” almost experienced in their first bout back in 2015 after Johnson floored him with a heavy strike, though he was able to recover and eventually submit his foe.

Nevertheless, Johnson’s go-to weapons are his heavy hands, but if you ask Cormier, once Johnson realizes he can’t put you away and you actually stand up to him, he isn’t the dangerous beast everyone fears. As “DC” stated on The MMA Hour, Johnson is much like Mike Tyson in his early days, a feared bully that didn’t do too well when someone stood up to him.

“Before we fought he said, ‘I can knock him out when I decide to knock him out.’ He said, ‘Daniel knows what’s coming to him, I’m going to knock him out.’ Well what happens when you don’t knock me out? What happens if you hit me with your best shot and I continue to press forward and I continue to engage you and stay in your face the entire time? What happens then? You saw what happened; he rolled over, gave me his neck and let me choke him out so he can get out of the Octagon. People can believe everything they want. I love Mike Tyson, I was a fan just like everyone else, but the moment someone stood up to him, he didn’t do so well. And that’s the same thing with Anthony Johnson, the guy is a bully who wants to intimidate you. Dominate you and knock you out. But what happens, when you don’t knock somebody out? What happens?”

Cormier and Johnson were set to tango at UFC 206 last year before a torn adductor tendon forced Cormier out of the fight and onto the surgery table.

Despite the unfortunate setback, Daniel says he won’t train “just to get there,” meaning that he will train as hard as before in order to be as prepared as possible for his upcoming title fight.

Which is a good thing, because “Rumble” is training and preparing himself as if this title fight will be his last. That said, Cormier stands by his and his camp’s previous statements of Johnson being a quitter, saying that is one thing that will never change.