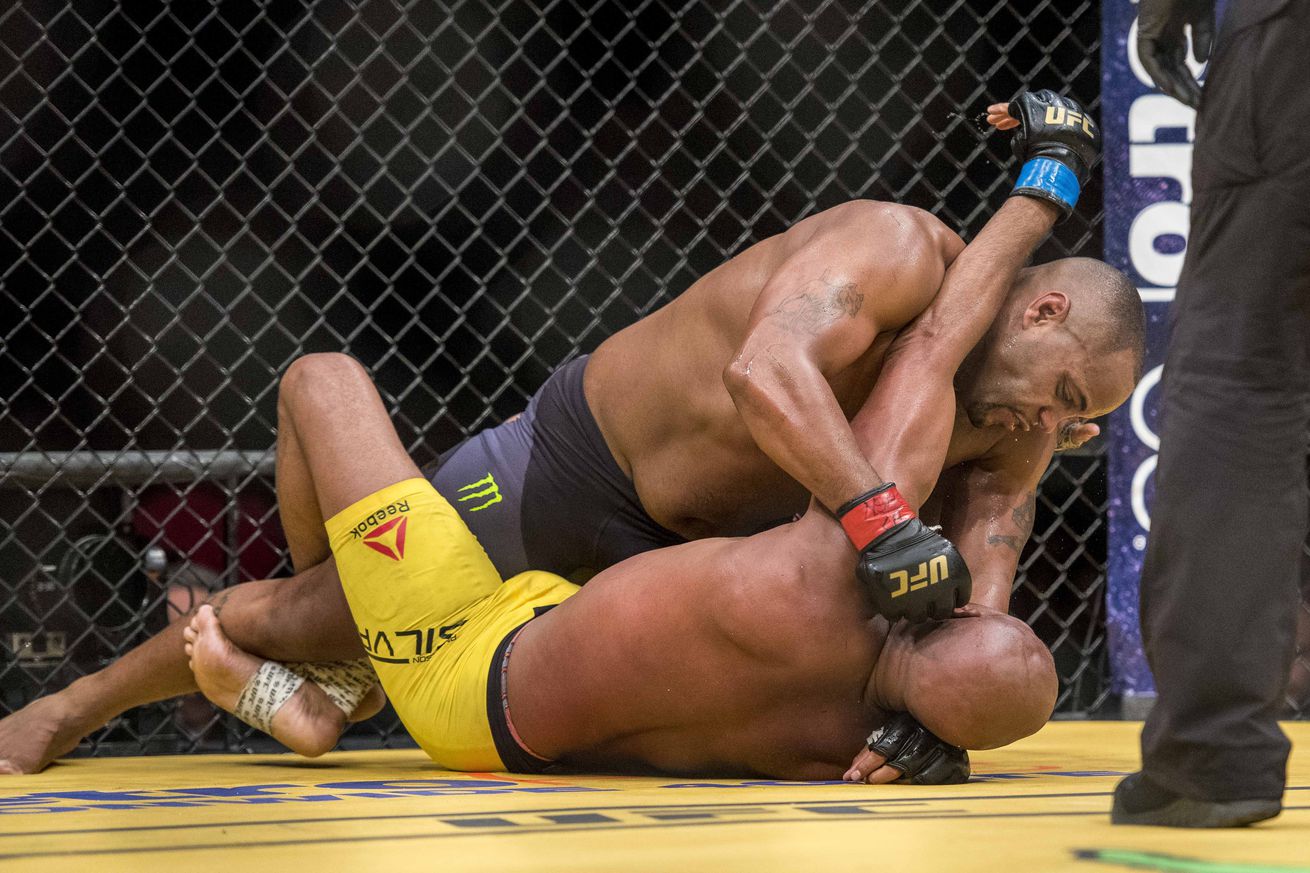 You can thank Jon Jones for that.

In what should not come as a surprise to anyone in the mixed martial arts (MMA) community, Cormier — an Olympic wrestler prior to his run in combat sports — took Silva to the ground and pounded on him for three rounds, because of that whole “risk vs. reward” thing.

“I took the fight because I made a commitment, I made a commitment to myself, to my family, my friends, the fans, and also to the UFC that I would be there to compete, so I went out there and I did it. I went out there and I fought Anderson Silva, and you know what? I got a big ‘W’ and that’s massive for my career going forward. Maybe [fans] didn’t like the wrestling, maybe they just thought they didn’t like seeing Anderson get beat, but my job is to go out there and win. I’ve had my last three fights, against Jones was fight of the night, my fight against ‘Rumble’ Johnson was performance of the night, and my fight against Alexander Gustafsson was fight of the night and number two fight of the year last year, so I’ve been involved in some barn burners. It was me fighting in the way I needed to and what am I supposed to do, stand in front of Anderson Silva? It would be catastrophic if I lost that fight to Anderson, still was the champion, and then Anderson went down a weight class and challenged for the belt, ….View full article