Home MMA News Daniel Cormier responds to AKA injury criticism: ‘It was my fault’
ShareTweet 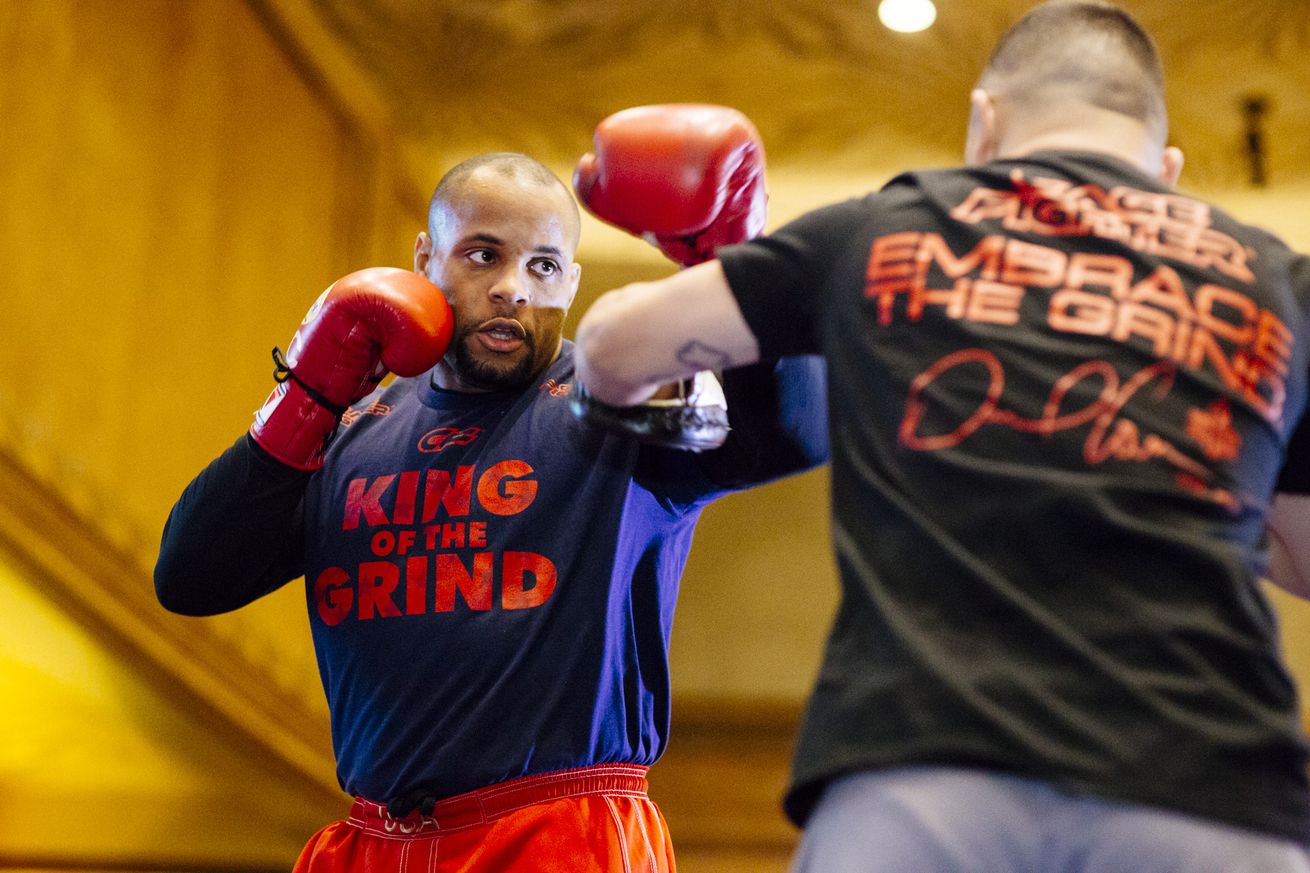 Daniel Cormier was questioning himself at UFC 200.

Moments before walking to the Octagon at T-Mobile Arena in Las Vegas, Cormier was wondering if he had put the preparation to get the job done against Anderson Silva, his late fill-in opponent.

“I was like worried,” Cormier told Ariel Helwani on Monday’s edition of The MMA Hour. “Like, man did I run enough? Did I put enough miles in? Did I spar enough rounds? And you don’t want to be questioning yourself. That was supposed to be Jon Jones.”

Cormier ended up dominating Silva en route to a unanimous decision victory. Still, he wasn’t happy with his performance and his training leading up to the fight.

The UFC light heavyweight champion said for the first time he was worried more about staying healthy and making the bout than doing everything in his power to be the best fighter he could be on that night.

Cormier’s American Kickboxing Academy (AKA) gym had been criticized for a rash of injuries, forcing fighters to pull out of big events. “DC” didn’t want that to happen to him and AKA was trying to make changes to reduce athletes getting hurt.

“For me, I felt a little bit off,” Cormier said. “I felt like I didn’t do as much as I needed to do and it really messed with me mentally. Now, I spar a lot and I run a lot and I train a lot. It’s the only way that I feel secure in my own mind.”

And perhaps, going full force is what led Cormier to his latest injury, a torn right adductor (near the groin) muscle. He had to withdraw from his title defense against Anthony Johnson, scheduled for UFC 206 on Dec. 10 in Toronto, last week. Cormier told Helwani that he’s still contemplating having surgery. He’s hoping to be back by February or March.

Cormier said he’s upset about the injury and wants to get back as soon as possible. But he also doesn’t have any regrets about his training regimen.

“How can you train if you’re constantly worried about getting injured?” Cormier said. “Guys play basketball and get hurt and that’s probably the easiest sport on the planet. We’re actually fighting every day. We’re wrestling, we’re grappling.”

AKA has been ground zero for injury withdrawals in the UFC, especially in the minds of fans and pundits. Former UFC middleweight champion Luke Rockhold recently pulled out of a main event fight with Ronaldo Souza and former UFC heavyweight champion Cain Velasquez has had a history of surgeries and other injury issues.

Of course, it also happens to be one of the best — if not the best — training camp in all of MMA. Cormier said not to blame the gym or coach Javier Mendez for fighters getting hurt.

“It’s not Javier’s fault,” Cormier said. “This isn’t college. We’re not high-school athletes. Javier can tell me not to spar and I’ll be like, ‘Yeah sure, Jav.’ And then I’ll go spar.

“People always get confused. They talk about coaches. The reality is, these coaches and managers that everybody thinks are in so much control, they work for us. They’re our employees.”

If people want to point fingers, Cormier said, they should start with him.

“It was a huge mistake and I didn’t like it,” Cormier said of UFC 200. … “It’s unfair to think that we can do what we do with the intensity that we do it and expect injuries to not happen.”