Home MMA News Daniel Cormier says he has groin tear, hoping to be back by February or March
ShareTweet 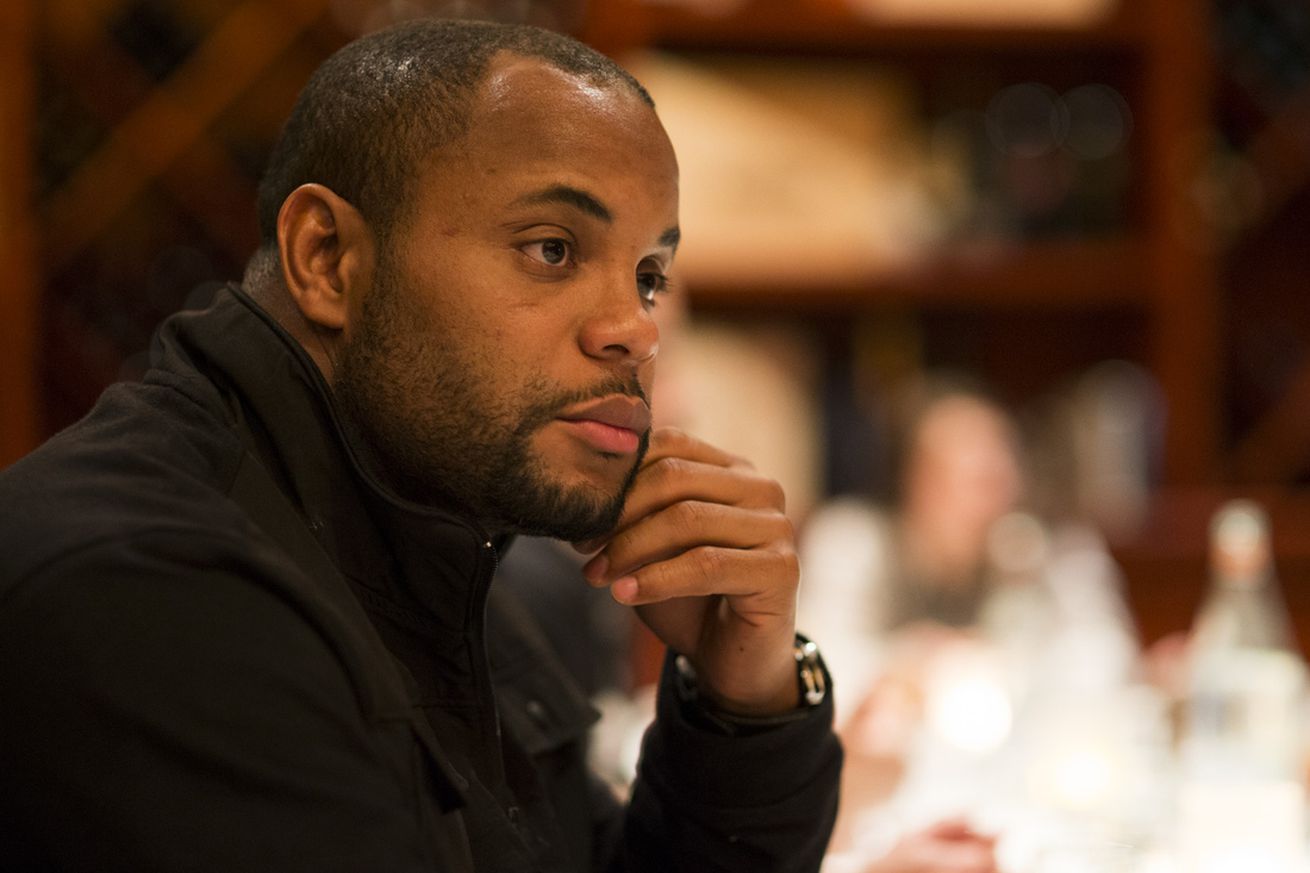 Daniel Cormier is hoping to be back before spring.

The UFC light heavyweight champion told Ariel Helwani on Monday’s edition of The MMA Hour that he tore his right adductor muscle (near the groin) and is still debating whether or not to have surgery. Cormier said depending on his course of treatment, he could be back in the Octagon by February or March.

Cormier said his doctors have given him the choice to just rest it, get platelet-rich plasma (PRP) injections, or have legitimate surgery. Resting would take five months, Cormier said, and he wants to be back sooner. PRP treatments could get him back earlier than that and surgery might get him back in the gym in eight weeks.

“I don’t know, man,” Cormier said. “It’s a weird deal, because I always try not to have surgery. That’s kind of my thing. I do whatever I can to not go under the knife. I’ve got some decisions to make.”

Cormier said the last few weeks he’s felt a lack of power in his right leg. He changed his training to focus on boxing, in hopes of still being able to defend his title against Anthony Johnson at UFC 206 on Dec. 10 in Toronto. But last Tuesday, Cormier said, he wasn’t even able to run anymore. Running is integral to the weight-cutting process and soon after Cormier said he called UFC president Dana White and told him he couldn’t fight.

“I got no backlash,” Cormier said of his conversation with White. “I got nothing.”

The UFC announced Saturday that the title fight was off and Max Holloway vs. Anthony Pettis, the previous co-main event, would move up into the headlining spot. That fight will be for the interim featherweight title with Conor McGregor relinquishing the undisputed title and