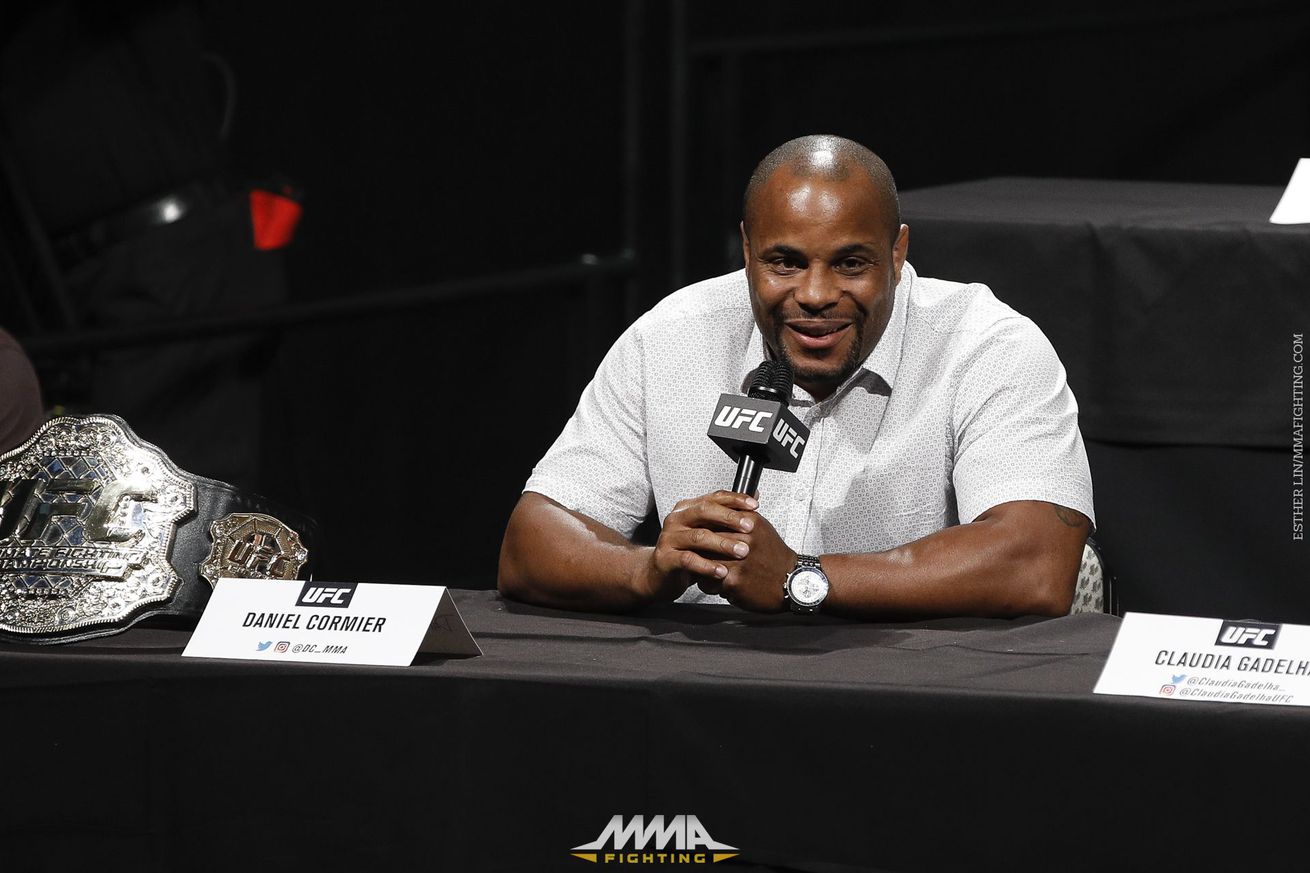 If the UFC wants to make a matchup between flyweight champion Demetrious Johnson and former bantamweight champ T.J. Dillashaw, it should show him the money.

That’s a refrain which has been heard often around the MMA world in the past several days, ever since Johnson went public with his side of the story on the potential bout.

But this time, the words were noteworthy for the speaker and the platform. Light heavyweight champion Daniel Cormier spoke out on FS1’s UFC Tonight, which is not often considered a platform for criticism of the company.

Although Johnson has tied former middleweight champ Anderson Silva for the company record with 10 successful title defense, he hasn’t broken through as a top-shelf drawing card. Cormier believes both parties, the UFC and Johnson, can do better in making it happen.

“I think the responsibility for everything can be shared between Demetrious and the UFC,” Cormier said. “The UFC really doesn’t understand how to market him, because they have to get creative. He’s smaller. He’s not the biggest guy. He’s dominant. Even when Anderson Silva was the guy running through his division, his points weren’t very high, so they have to get creative. I don’t know if they’ve gotten creative. But I do believe DJ has done his part.”

Cormier also believes the UFC needs to work on devising new ways to market African-American stars, while acknowledging that Johnson, who has a big following in the gaming community, often defies categorization.

“Honestly as an African-American, you have to market people differently,” Cormier said. “There is a different demographic and I don’t know if DJ really fits neatly into any certain one. Because just his family and everything, everything combined, you gotta get tricky marketing these small guys, especially an African-American guy. So the UFC doesn’t really know how to do that yet with him.

“But, you have to have ‘it,’ Cormier continued. “Ronda Rousey happened organically. It just has to connect. It hasn’t connected for DJ, UFC has to take responsibility because they don’t know how to market him properly yet.”

All that said, count Cormier among those who believe that Dillashaw is the right fight to make at this stage in Johnson’s career, regardless of whether Johnson believes he should fight flyweight contender Ray Borg instead.

“I think it’s the fight to take,” Cormier said. “Because not only is it the biggest fight he can have, but it’s also monumental and he’s trying to break that record. If he does it on a former champion in a division ranked even higher? It means even more for Demetrious Johnson.”