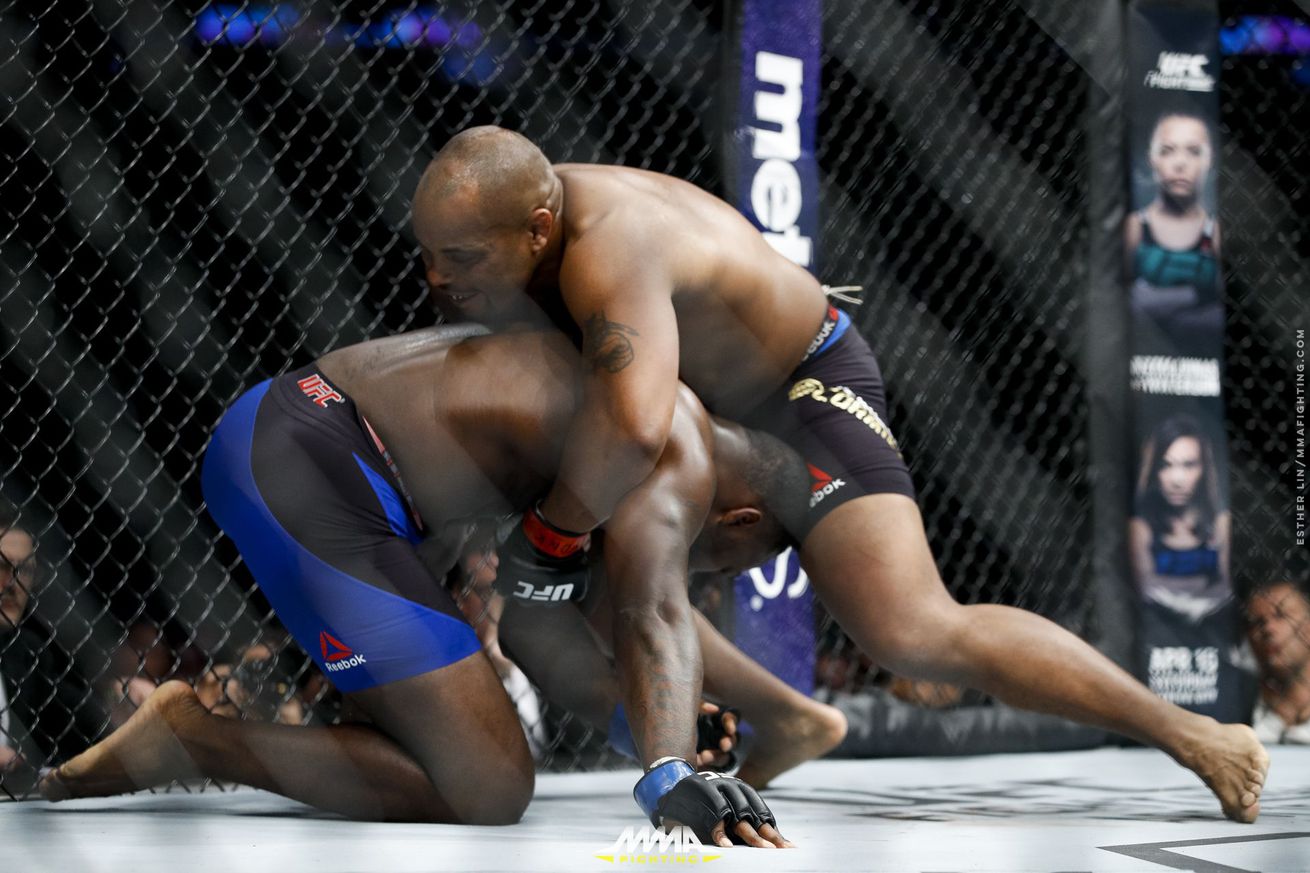 In the pre-fight build up to his light heavyweight title defense at UFC 210 against Anthony Johnson, Daniel Cormier said the fight would look exactly like their first encounter, a third-round rear-naked choke for Cormier back in 2015. And when the dust settled Saturday night, Cormier’s prediction proved mostly true with the champion securing another rear-naked choke victory, this time in the second round.

But, as Cormier noted in the post-fight press conference, though the destinations were remarkably similar, the journeys there were very different.

“It was a different fight,” Cormier said. “It was a completely different fight because the first time I was actually engaging the wrestling whereas this time he was the one wrestling me, which was a big surprise. So even in the first round, we would have preferred not to take the head kick, but if you’ve got a guy that’s as big and explosive as Anthony and he is going to engage you on your terms, you kind of concede one round. It’s like a boxer with body punches, you’re just investing in the later rounds. So we conceded the first round and in the second round we did the same thing. I could feel he wasn’t as strong and eventually, I felt I was gonna get him.”

In their first fight, Johnson rocked Cormier early with punches before the former Olympic wrestler was able to eventually enact a grappling-based game plan to wear Johnson out. However in this fight, Johnson shocked everyone by repeatedly trying to take Cormier down, even after landing a big head kick in the first round that had the champion’s nose askew on his face, ostensibly broken. For perhaps the most notorious knockout artist in MMA, it was a baffling decision and one that played right into Cormier’s hands.

“We were very surprised,” said Cormier. “We thought he was gonna fight like he did [against] Phil Davis, maintain distance. But at the end of the day, Anthony’s a wrestler so when he panics and things aren’t going exactly as he intended, he starts to wrestle. So when I went back to the corner I said, ‘Bob, did I lose that round?’ And he goes, ‘Yes but it does not matter. It is fine. Go back out and do the same thing.’

“[Johnson] just had to disengage. He had me pushed up against the side of the octagon. But he just stayed in there so I just kind of kept my weight on him and kept holding onto him until eventually — I knew I would get him as time went on.”

Choosing to wrestle a two-time Olympian wasn’t Johnson’s only surprising decision though, after the bout “Rumble” announced his retirement from MMA. Johnson is only 33 years old and he’s currently the No. 1-ranked light heavyweight in the world. His decision to walk away in his prime was unexpected and threatens to hurt a division already made thinner by the departure of several top-ranked fighters to other promotions. Cormier hopes Johnson reconsiders.

“It will hurt the weight class because he’s a fun guy to watch,” Cormier said. “People enjoy watching him fight. He’s always knocking people out and it sucks. But we all have journeys in life and I guess Anthony’s journey is taking him left right now when all of us are going right. . .