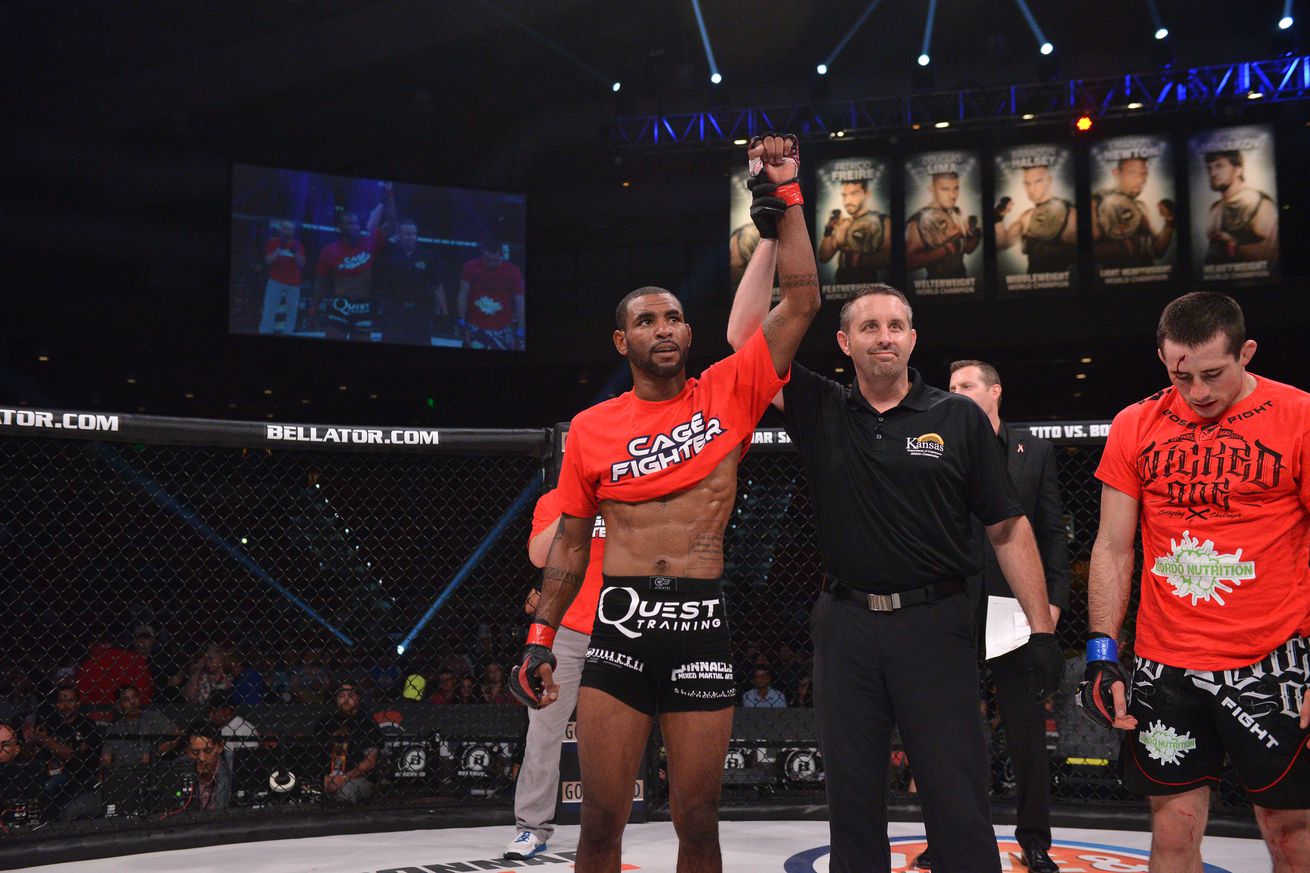 Darrion Caldwell has a clear vision for his mixed martial arts future.

First, he’s going to defeat Joe Warren on Friday night in the main event of Bellator 151.

Then he’ll go on to win the Bellator bantamweight title, whomever goes on to win the bout between the between between champion Marcus Galvao and challenger Eduardo Dantas, whenever it gets rescheduled.

Then he’ll go on to defend the belt 15 times.

Then he’ll call it a carer.

“That’s the way I figure it,” the undefeated Caldwell told MMAFighting.com. “I plan on being with Bellator my whole carer, they’ve been treating me good. So if I win the title, and I put it on the line 15 times and defend it 15 times, I mean by the point who will be left? I’ll have proven everything I needed to prove.”

But Caldwell is showing the confidence of a future champion as he gets set for his first headlining bout.

“If you don’t believe in yourself, what’s the point in even being in a sport like this?” Caldwell inquired. “I believe I’m destined to be a champion and I’m not afraid to say it.”

If Caldwell seems to have his feet under him, it could be because he finally seems to have settled back in after a period of career instability. The former North Carolina State wrestling standout had left Power MMA in Arizona for Southern California’s Pinnacle MMA, where he trained for his Bellator 143 win over Shawn Bunch. But he’s back at Power MMA, and this time, he says it’s for keeps.

“I have no complaints about Pinnacle,” said Caldwell. “But the bottom line is, I come ….View full article