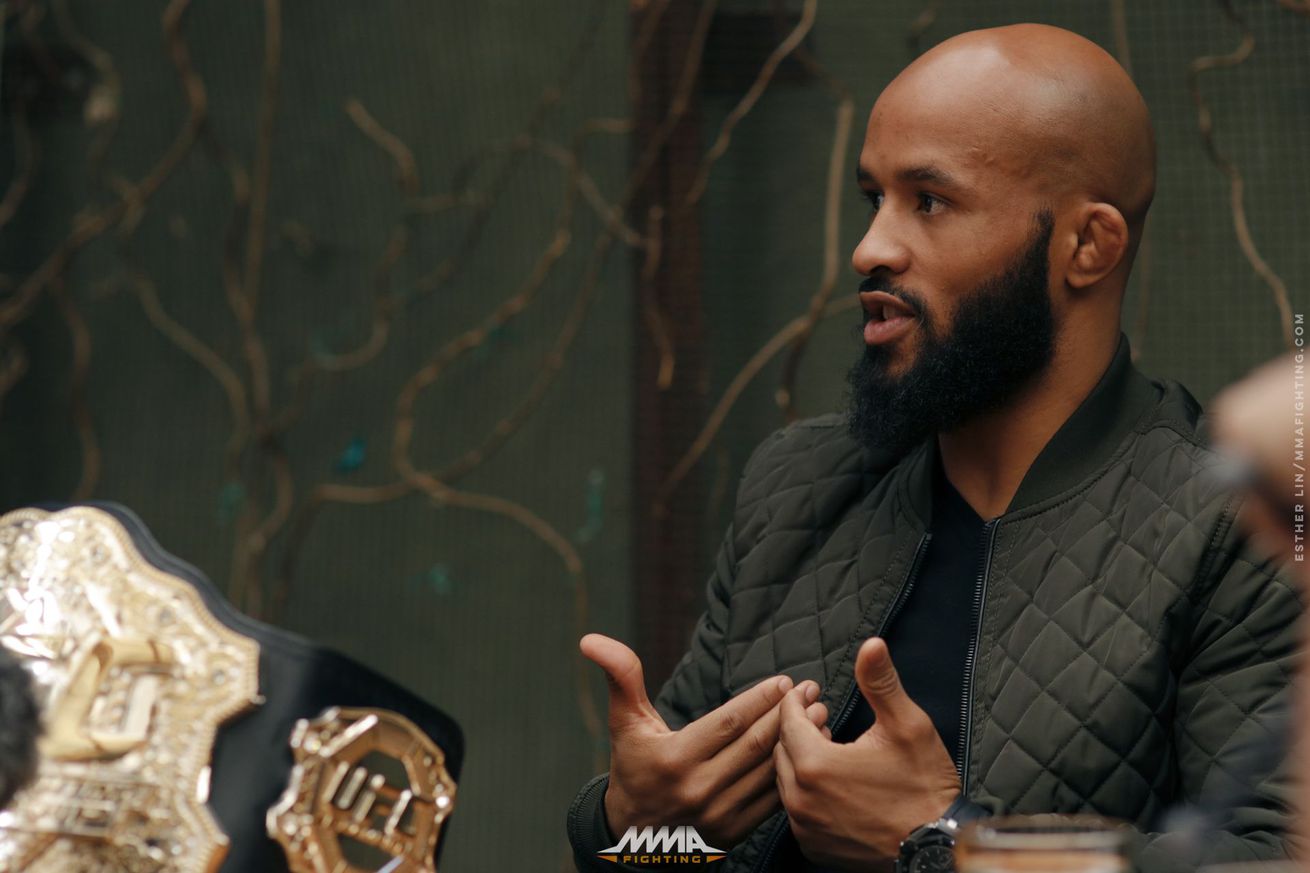 Demetrious Johnson apparently has to speak up to get his hardware.

Earlier this year, the UFC flyweight champion had to make noise in order to get a picture with 10 UFC title belts, symbolizing his record-tying number of championship defenses, an honor he shares with Anderson Silva.

Last week, Johnson was the upset winner of the ESPY for Fighter of the Year, besting fan favorites like Gennady Golovkin and Conor McGregor.

But Johnson left the festivities in downtown Los Angeles without either the opportunity to make a speech or his trophy.

“It’s awesome to win, but I just really wanted to get on stage and get that airtime like all the other athletes did,” Johnson said on Monday’s edition of The MMA Hour.

Johnson’s award was announced as the ESPY winner for Fighter of the Year right before the show cut to a commercial, meaning there was no ceremony with a presenter or a speech for the winner, something which didn’t sit well with the champ.

“I never got a chance to go up there and give a f*cking presidential speech, like I’m running for president, be able to speak and thank the fans and the trainers and everyone who voted,” Johnson said. “It was a little unsettling, but I think a lot of guys who win the ESPYs and all that shit don’t even get a chance to go up there and speak so, I mean, motherf*cker you swim what, once every four f*cking years? I fight three times a year so I’m a little upset about that, but you know, homey on the left of me had an ESPY I didn’t know who the f*ck he was and I was like, well, I was glad I got to hear your speech, but it is what it is.”

When asked if they would have been a bigger deal of the award had McGregor or Golovkin one, Johnson says it shouldn’t matter.

“I don’t know what’s the deal, I would hope not,” Johnson said. “Maybe they would have, but I think regardless of whoever it is, you know Usain Bolt, he won an ESPY, he wasn’t there, there was athletes there who won an ESPY and they didn’t have a chance to go up there. The guy who sat next to me he had an ESPY by his leg and he had a chance to go up there. Change your sh*t up, ESPY.”

All in all, Johnson, the third mixed martial artist in as many years to win Fighter of the Year after Ronda Rousey in 2015 and McGregor in 2016, felt the ESPY’s attention was weighted toward the major stick-and-ball sports.

“I was happy, but deep down I was a little frustrated, because I think every athlete out there wants to go out there, especially on the ESPYs,” Johnson said. “ESPYs are not something to take lightly, I’m very honored in the best fighter of the year, Triple G, Andre Ward, Conor McGregor, me, and I think they should have done more. I think the ESPYs doesn’t really cater to fighting in general, mixed martial arts. All they had at the ESPYs was football soccer, baseball, all the other sports. I’m like, dude, this is the fastest growing sport in the world.”

Johnson did, however, get plenty of love from people within MMA, so at least someone seems to be paying attention.

“[The UFC] sent me a text that said ‘congratulations, that’s a big deal, the ESPYs,’” Johnson said. “… I love representing my company. So Conor texted me, a lot of the fighters texted me, ‘DC’ and ‘Cowboy’ and all those guys texted me. It’s always good to be recognized among the company and among the other champions and the fighters.”