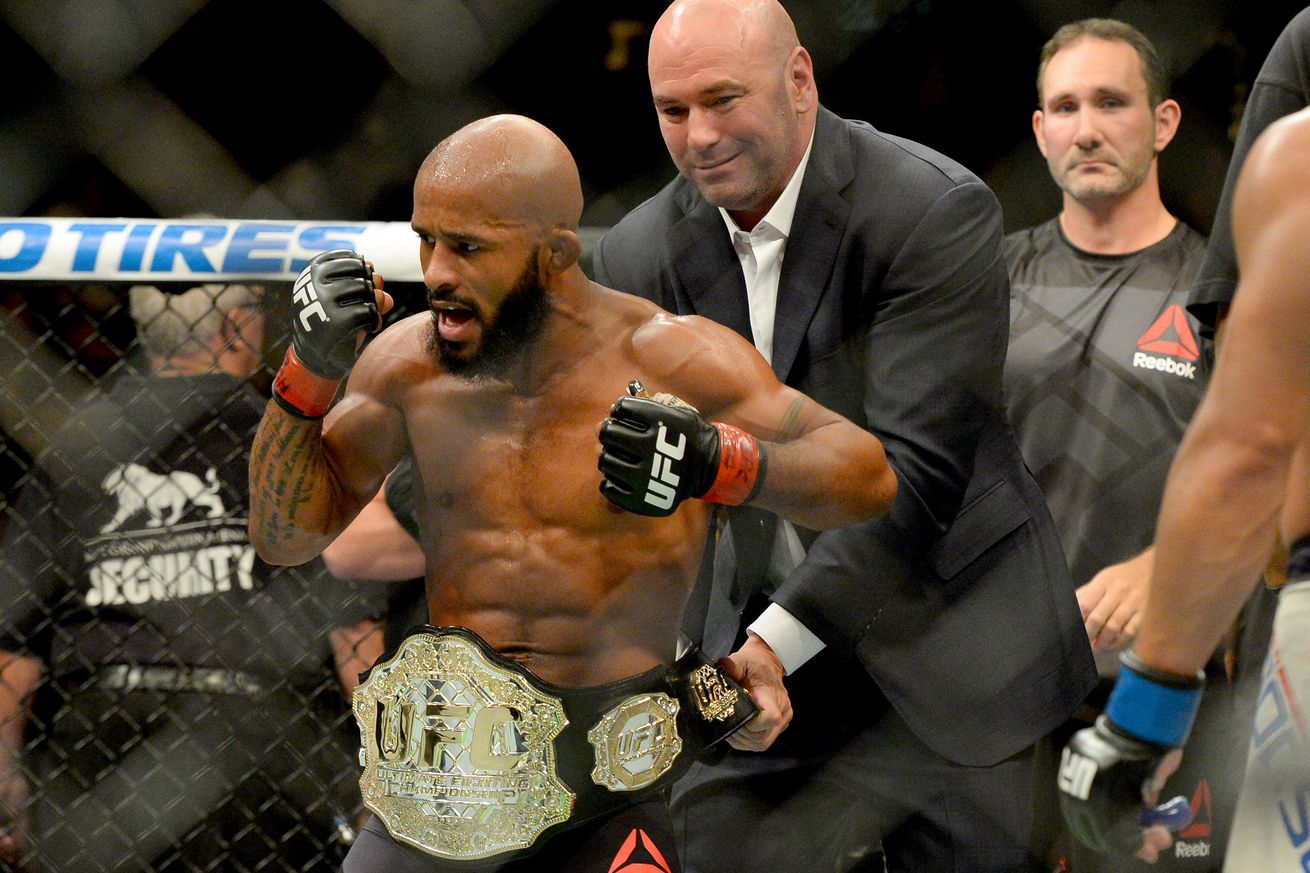 It looks like Anderson Silva’s title defense record is now in even more danger of being broken.

Ultimate Fighting Championship (UFC) flyweight champion Demetrious Johnson announced earlier today (Mon., May 16, 2016) on The MMA Hour that he recently inked a new deal to stay with the ZUFFA-owned mixed martial arts (MMA) promotion for quite some time, as he has re-upped for another eight fights.

“Mighty Mouse” breaks it down:

“They have always been behind me, but the champ has signed a new contract with UFC; an eight fight deal and I am very happy to announce that. I think there are great things to come in the future. I think it’s a great thing that finally the UFC is giving The Ultimate Fighter show the flyweights. I think you guys are going to see a lot of great competitors. I think they are going to go out and get a lot of the great flyweights out there.”

As far as the curiosity of testing free agency, Johnson says it did creep into his mind, but at the end of the day, he knew no one would be able to give him what UFC can and treat him the way the company does.

As it stands, Johnson is riding high with a 10-fight win streak. More importantly, however, is that he has eight straight title defenses, which means should he collect three more, he will break “The Spider’s” longstanding record. “Mighty Mouse” was last seen knocking out Henry Cejudo in the very first round of UFC 197 (see it again here).

Speaking of Cejudo, he and Joseph Benavidez have been pegged as the next coaches for the The Ultimate Fighter (TUF) 24 which will showcase the best 125-pounders not under the UFC banner. The winner of the show is expected to get a shot ….View full article