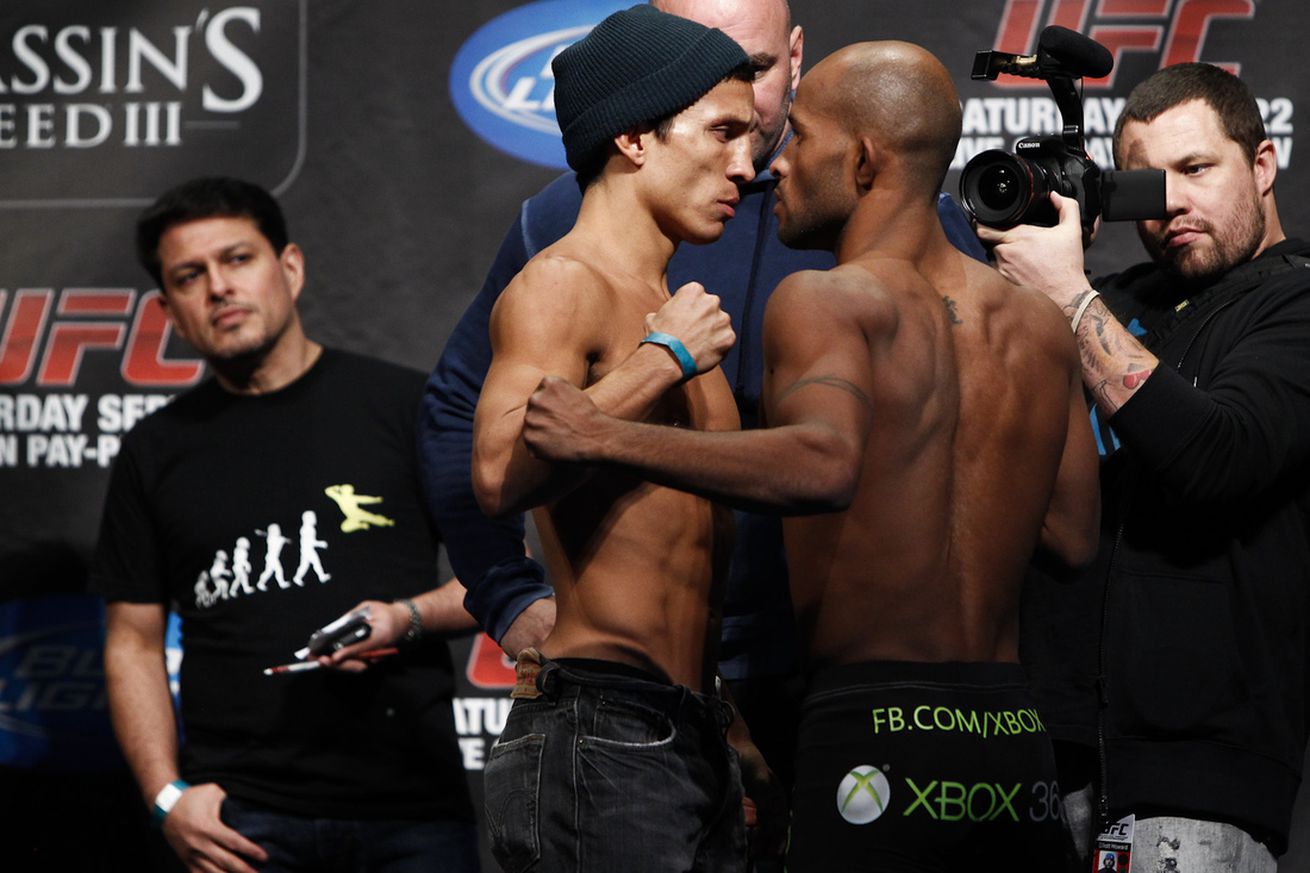 UFC flyweight champ Demetrious Johnson (23-2-1) faced Joseph Benavidez (24-4) in a rematch at UFC on Fox 9, and the result was definitive.

After a close-fought, five-round contest between the two standout 125-pound fighters at UFC 152, many expected a similar outcome for the second go in December 2013.

Johnson put an end to that midway through the first round.

Watch the full fight above to see how Johnson halted the bout.