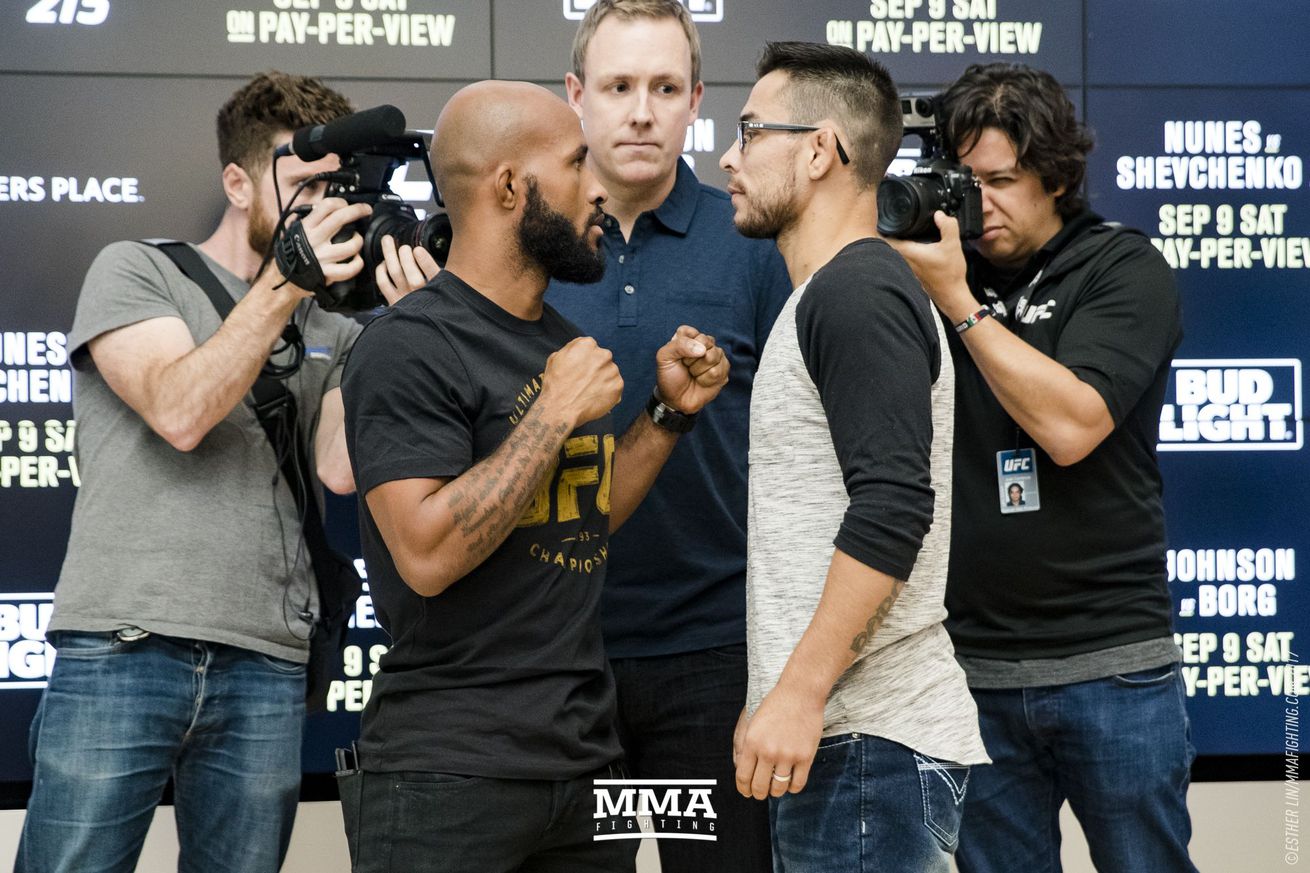 Demetrious Johnson vs. Ray Borg is back on.

The flyweight title fight, which was previously scheduled to headline UFC 215, has been rebooked for Oct. 7 at UFC 216 in Las Vegas, Nevada. MMA Fighting’s Ariel Helwani confirmed the news Wednesday following an initial report by Combate.

In the process of rebooking the contest, per Johnson’s management, “Mighty Mouse” restructured his UFC deal. Terms of the deal were not disclosed.

Borg was pulled from UFC 215 two days out from the event after battling an illness and being deemed unfit to fight by UFC doctors, leading to Johnson being scratched from the card as well.

Instead, the fight will now take place three weeks later than expected at UFC 216. Johnson, the reigning UFC flyweight champion, will be attempting to make history in the bout, as a win over Borg will break the all-time record for consecutive UFC title defenses, a mark that currently sits at 10 and is shared by both Johnson and legendary middleweight champion Anderson Silva.

UFC 216 takes place at Las Vegas’ T-Mobile Arena. An interim lightweight title bout between Tony Ferguson and Kevin Lee was already scheduled to headline the event. As of this writing, it is unclear when Ferguson vs. Lee will remain the main event or if Johnson vs. Borg will receive top billing on the show.

An updated UFC 216 fight card can be seen below.