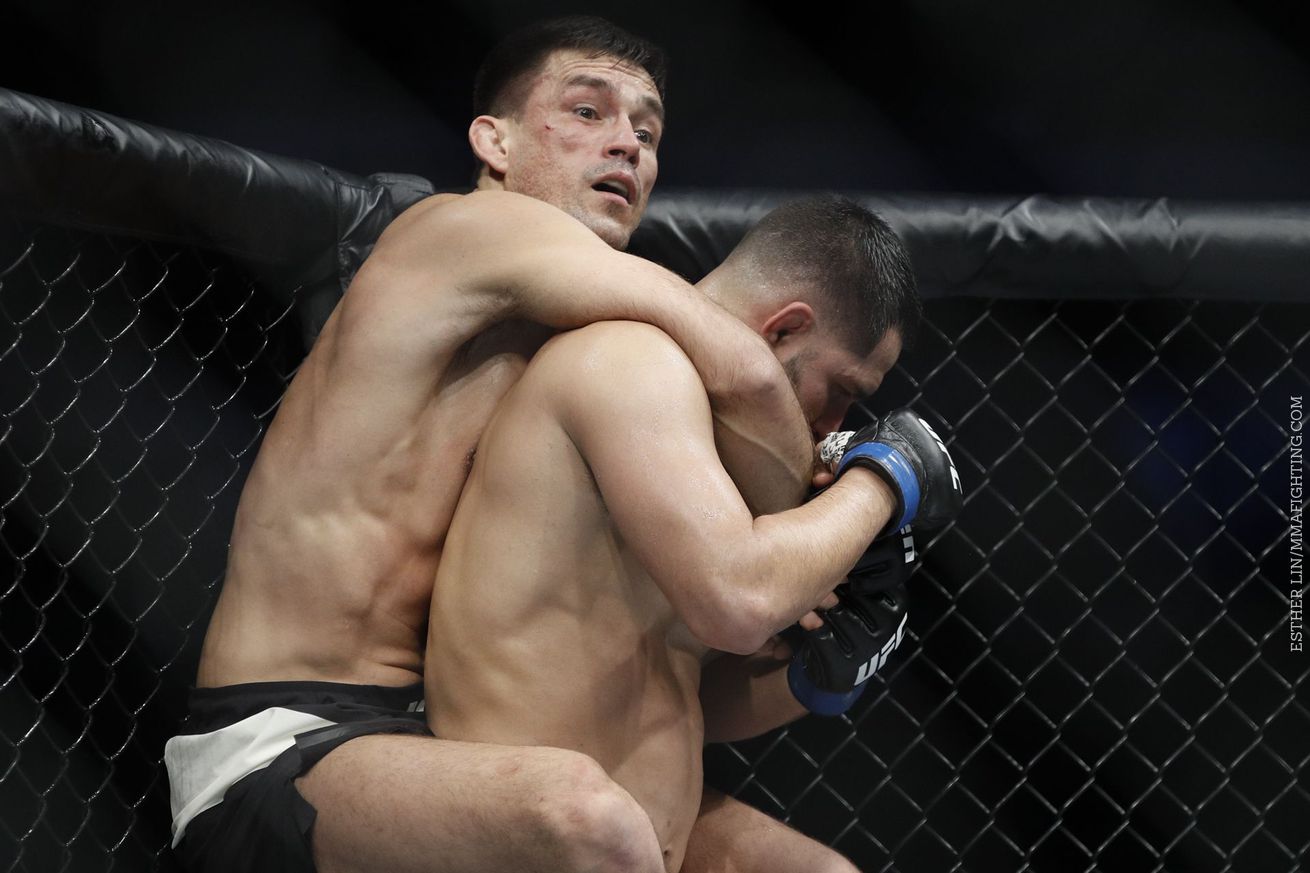 Demian Maia’s long-awaited shot at the UFC welterweight championship will finally come on July 29, but that’s not the ideal scenario for the jiu-jitsu ace.

Maia earned a chance against 170-pound kingpin Tyron Woodley after winning seven straight since 2014, but only had four weeks to prepare for the champion at UFC 214 in Anaheim. Weeks away from fighting for the gold, though, he won’t waste any time complaining.

“There was a lot of confidence in my team, I was the No. 1 contender, so I would like more time to prepare, of course, everybody knows that,” Maia said on Monday’s edition of The MMA Hour.

“For a title fight, in four weeks, the last week is for cutting weight and keep the body going. But, you know, after we accepted the fight, we talked and said ‘ok, now we forget about everything, the business is done, and now we gonna be ready and we gonna be the best to be in my best shape to be ready for July 29.'”

Woodley was in a different situation, though.

After defending his belt against Stephen Thompson in March, the welterweight champion already started to prepare for a showdown with the Brazilian, and Maia knows his opponent had more time to train for UFC 214.

“He was training since April. I met him in Las Vegas, at the UFC (Retreat), and I know that,” Maia said. “Like I said, from now on, the last weeks, I’ve been in a very good camp, Eduardo (Alonso) is doing a great job to figure out the ways to win against Tyron, and I’m not complaining anymore. Now my mindset is all ‘I will be ready, I’m getting ready and I wanna win this title.'”

Maia credits his manager and head coach Eduardo Alonso for completely changing his training in the gym since moving down to 170 pounds in 2012, focusing again in the grappling area, and that’s what put him in the No. 1 contender spot.

On July 29, Maia faces someone who was never submitted in a MMA fight and has a great wrestling background, but he disagrees when people call Woodley the toughest match-up for him in the welterweight division.

“When I started to strike a lot back in the days I lost a little bit my jiu-jitsu. It’s normal,” he continued. “It’s just normal. You cannot do everything well, you lose a little bit some sharpness, but of course he’s still very good, good foundation on his wrestling, but I think I’ll be able to impose my game.”