Home MMA News Demian Maia: If UFC only focuses on ‘sh-t talkers,’ it will be remembered as another WWE
ShareTweet 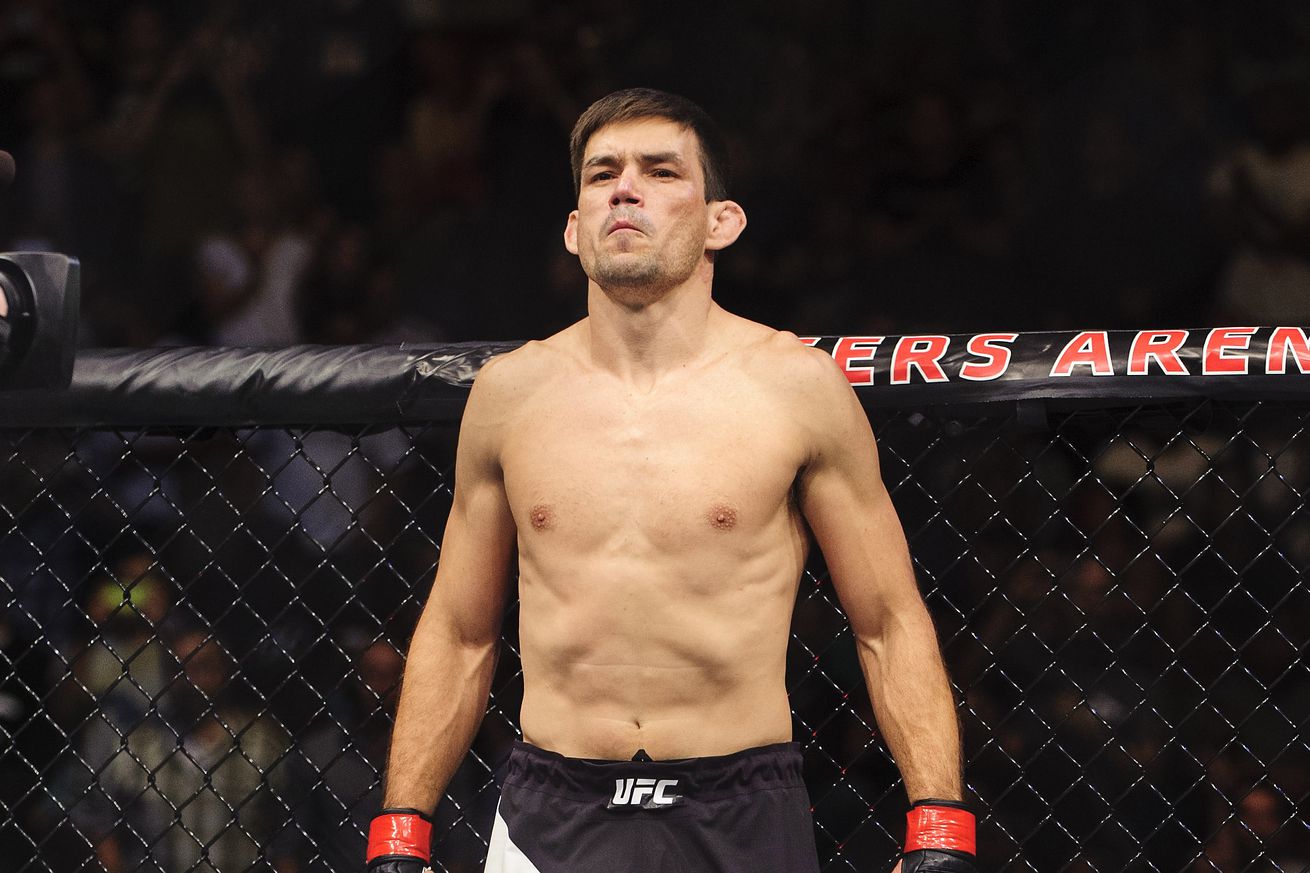 For all intents and purposes, Demian Maia is considered to be the next title challenger in the Ultimate Fighting Championship (UFC) welterweight division, though he’s ranked No. 3, just behind Stephen Thompson and ex-champion, Robbie Lawler.

That’s why the submission wizard isn’t too keen on fighting the likes of a resurgent Jorge Masvidal, as he has hopes he’ll take on the winner of the upcoming title fight rematch between division kingpin Tyron Woodley and the aforementioned Thompson, who are set to run it back at UFC 209 on Sat., March 4, 2017 in Las Vegas, Nevada (details).

Still, Maia and his camp aren’t pleased that the promotion keeps coming at him with other fight offers, but understands all-too well that it’s becasue he feels the promotion doesn’t believe enough in him to sell a title fight or care at all if he ever fights for another strap.

He broke it all down on a recent appearance on The MMA Hour.

“I know why. There are two reasons. One, they really don’t care too much If I am going to fight for the title or not. But, the main reason is that they are having problems setting up fights. They have cancelled a couple of events and they need names that can sell. I know even if they say I don’t sell, I know I sell something. I’m a name that can be a co-main event if not a main event with another guy people want to see. They need to book fights and I understand their rush for that.”

That said, Maia is confident Dana White will keep his promise and grant him the title shot next. After all, there aren’t too many more qualified individuals ahead of the jiu-jitsu wizard who can say they’re worth a shot before him.

Unless, of course, Georges St-Pierre makes a return, says Maia.

Still, other than the aforementioned “GSP,” Demian says there isn’t another welterweight on the roster than has a history of doing gangbusters at the box office, unless you count Conor McGregor’s two money-making bouts against Nate Diaz, though they are far from mainstays in the division.

With the WME-IMG trying to earn back the $4 billion they acquired in debt after purchasing the promotion as fast as possible, Maia understands the need for “big-money” fights and events, but says that is only thinking short term, and the “shit talkers” are going to be the fighters who will carry the sport for years to come.

“That’s another thing I think is a mistake. Every sport in the world, football, soccer, every sport that has many years and is consolidated, people like to watch because they want to see the winner. They don’t watch the NBA, or the Australian open in tennis becasue they want to see the guy who talks more or the guy is more outspoken. They wants to see (Roger) Federer and (Rafael) Nadal because they are the best. They don’t want to see someone just because they play more fancy. At the end of the day, who follows sport likes to see who wins. Some people like to see people who talk shit, but those are not the people who are going to carry on the sport forever. If we don’t change as we think as a sport, the sport will be remembered as a nice thing ten years from now, but it has gone. I don’t think it will last for sure like that. People watched the Super Bowl because they want to see the best teams, not go there to see who talked more or plays different, they want to see the best. The true fans of the sport are the ones that carry on this sport and will influence others to like. So I think it’s a lie when they say they are looking for money fights, that’s just looking for short-term things. If you just keep looking short term, I think you will ruin the sport and end up ruining UFC and people will start to just give up. People will realize it is not a sport anymore and you can not fool the people all the time.”

Still, Demian doesn’t deny Conor McGregor’s selling power and fighting skills, but points back to St-Pierre, a more reserved combatant who still managed to sell PPVs with his fighting skill and performances rather than with only his mouth.

To hear Maia tell it, UFC can change and fix the sport of MMA as a whole by focusing on deserving fighters, traditional MMA practitioners, so to speak, too, and go on to flourish for the next 100 years.

If not, then it will just be remembered as nothing more than “another WWE.”