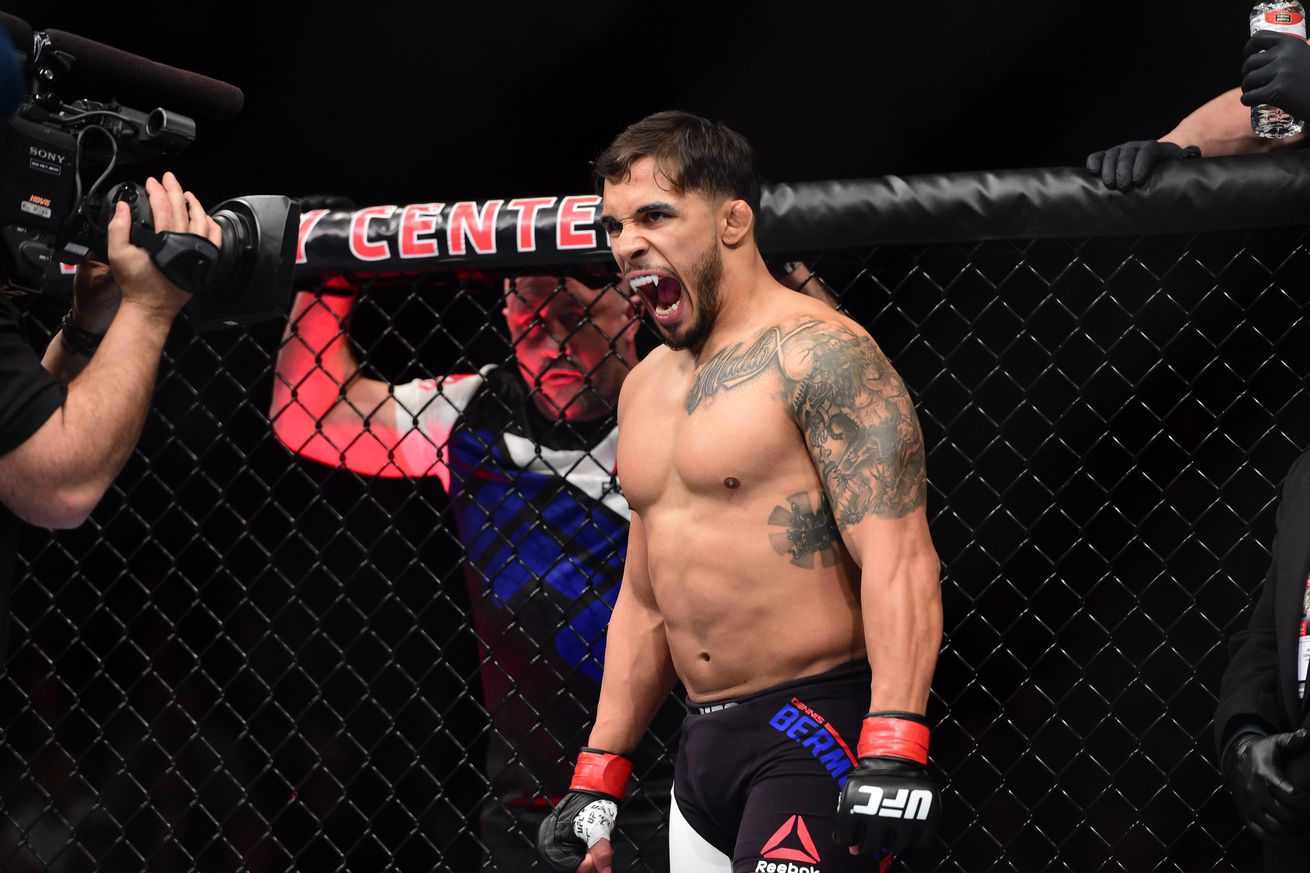 A featherweight bout pitting fan favorite fighters Dennis Bermudez and Rony Jason has been added to UFC Fight Night 92. The news was first reported by Newsday on Thursday.

Bermudez recently snapped a two-fight losing streak by outpointing veteran Japanese fighter Tatsuya Kawajiri at UFC Fight Night 83 back in February. Prior to his two-fight skid, Bermudez was on an impressive seven-fight wining streak over opponents such as Max Holloway, Clay Guida and Steven Siler.

Meanwhile, his opponent, Jason, is 1-2 (with one no-contest) in his past four fights. The Ultimate Fighter: Brazil season one winner last competed over a year ago at UFC Fight Night 67 where he submitted Damon Jackson in the first round with a triangle choke. However, that win was overturned into a no-contest after Jason tested positive for diuretics.