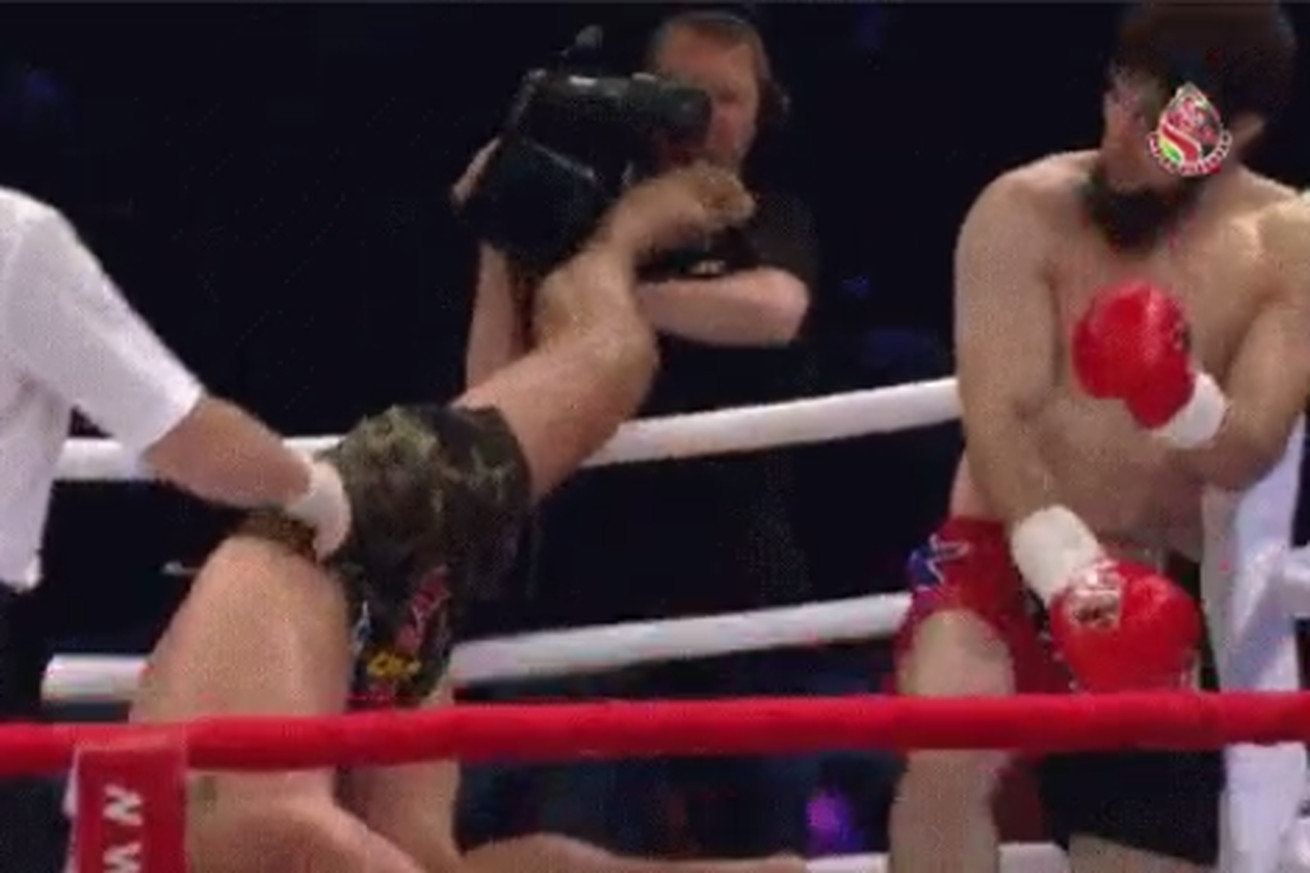 Cameramen often have one of the safer jobs in combat sports — but not always.

One unlucky cameraman learned the perils of filming fisticuffs firsthand Wednesday at kickboxing event at Tatneft Cup: World Championship, when the paces of the job put him directly in front of Deo Phetsangkhat’s missed cartwheel kick attempt.

Fortunately for all involved, the cameraman took the blow like a champ. And just in case the cameraman was feeling a little extra spiteful, Phetsangkhat went on to lose to opponent Sayfullah Hambahdov via decision.

Catch replay of the accidental exchange below.