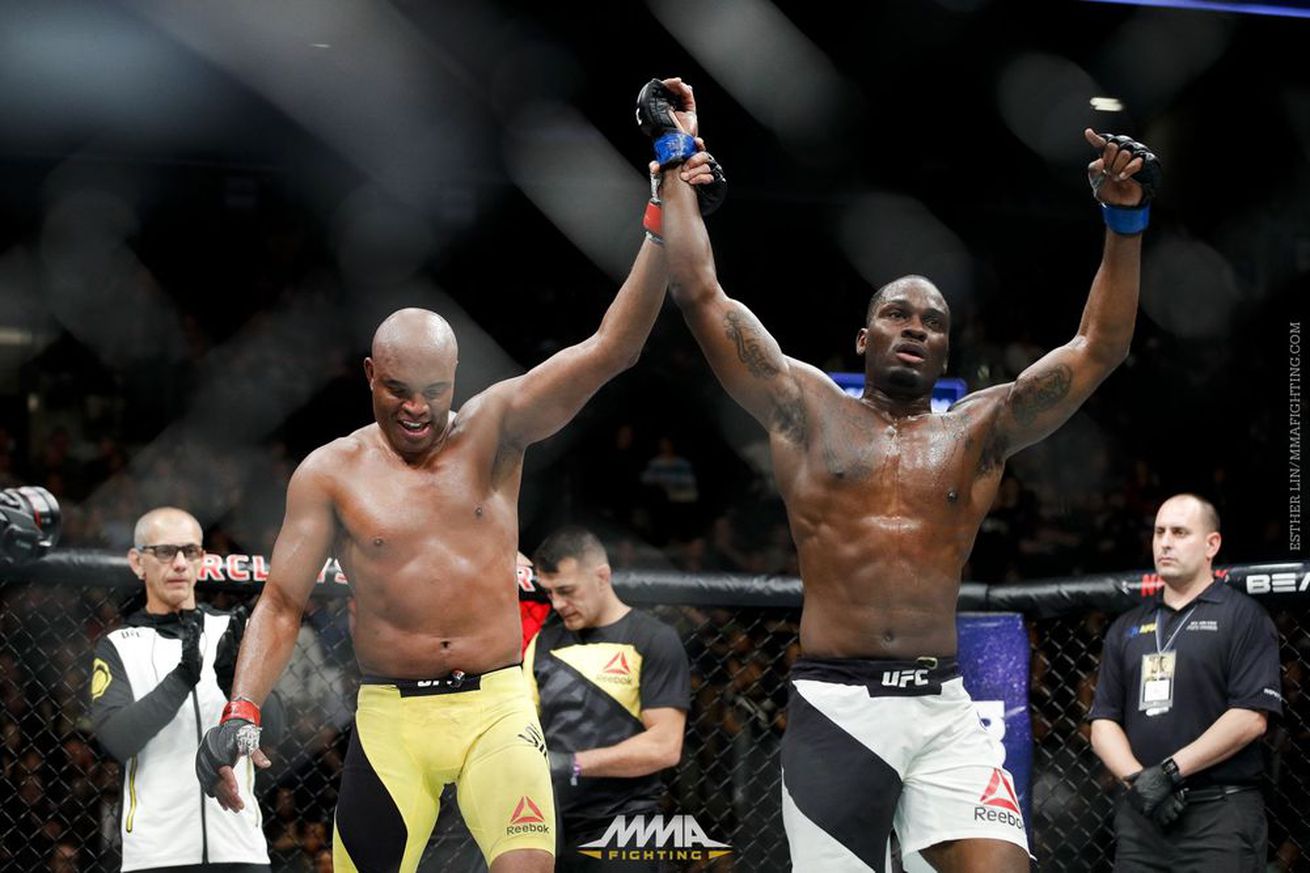 Despite contrary reports, Derek Brunson will not file an appeal with New York State Athletic Commission (NYSAC) regarding his loss to Anderson Silva, which occurred at UFC 208 last weekend (Sat., Feb. 11, 2017) in Brooklyn, New York (see it again here).

Brunson took to Twitter to reveal his change of heart:

I’m not appealing my fight against Anderson Silva. I’m more worried about getting another fight booked…….. #UFC

Brunson wasn’t too thrilled with the judges’ decision to award “The Spider” a unanimous decision victory after he felt he “outclassed the greatest of all time” during their three-round affair inside Barclays Center. And he had people backing him, too, as UFC President Dana White scored the fight in favor the Jackson-Winkeljohn MMA product.

Nevertheless, Brunson is seemingly done talking about the defeat — his second in a row — and is eager to get back into the Octagon sooner rather than later to hopefully erase the memory of his latest setback. On the bright side, the loss didn’t hurt Brunson too much on the official rankings, as he only dropped one spot to No. 9 (see the full list here), keeping him in the Top 10 for the foreseeable future.