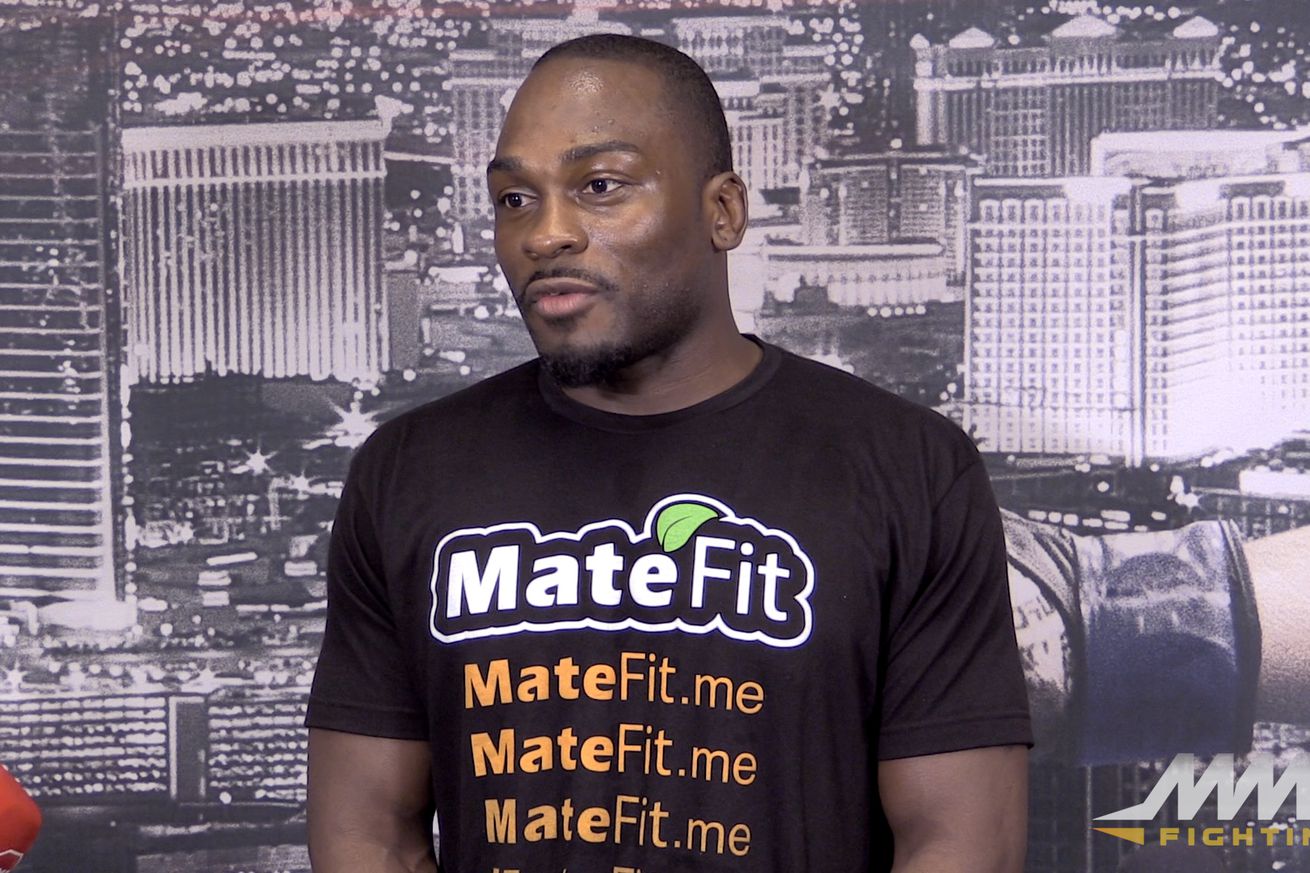 Many were surprised when the announcement came down late last week that Derek Brunson would face Anderson Silva in a late addition to UFC 208.

Brunson, for his part, was surprised as well when the call came in asking if he wanted the fight.

“I was expecting a little lesser name,” Brunson said on a recent edition of The MMA Hour. ”But a fight is a fight.”

Of course, it’s not that Brunson doesn’t consider himself worthy of a matchup with Silva. In fact, he’s thrilled to get the opportunity to meet the former UFC middleweight champion, who was the longest-reigning titleholder in UFC history.

“I said yes right away,” Brunson said. “It was kind of one of those things with Anderson, who I always wanted to fight, he was so great, and had this reputation for beating everybody. Obviously he’s one of best fighters of all-time so to fight him will definitely be an honor.”

That’s not the reason the call came such as a surprise, nor was the fact the fight is coming on just four week’s notice. It’s just that after his last performance — in which he wildly rushed into a knockout loss to Robert Whittaker in the main event of a November show in Australia — he didn’t think he’d get such a high-profile opponent right away.

Brunson went into the Whittaker bout on a five-fight win streak, including four consecutive first-round knockouts. In hindsight, Brunson is willing to admit he went headhunting for the knockout and as a result, he paid the price.

“I thought, I get a fifth knockout in a row in the first round, who does that? No one does that,” the middleweight contender said. “I’m thinking if Romero beats Bisping, for sure I get the next title shot. I want to jump these guys, they’re doing nothing but sitting around failing steroid tests.

“I fell in love with the knockout,” Brunson continued. “I was in a relationship with the knockout. I was so gung ho about knocking him out in the first round, continuing that streak. The canvas slippery, I was slipping all over the place. I wouldn’t say my technique was so poor, it was more me slipping because I was moving too fast, I was trying to knock them out. You definitely gotta have more.”

The Jackson’s MMA fighter hasn’t watched the Whittaker fight in full. He says there’s little to glean other than the obvious lesson of being patient. He likens the situation to Cat Zingano’s infamous UFC 184 loss to Ronda Rousey.

“I watched bits and pieces and cut it off,” Brunson said. “I can’t really watch it. I didn’t learn from that maybe twice, I was a stupid game plan didn’t learn uncalculated risk, kind of like Cat Zingano against Ronda Rousey, she ran in and got armbarred, or [Fabricio] Werdum ran in and tried to knock Stipe [Miocic] out, boom, he got faceplanted. You gotta be more about the process.”

With lessons learned, Brunson is grateful for the chance to get back in the win column against a big name under the bright lights of New York City. He can recite all the recent criticisms of Silva, from his age to his suspension to the fact the technically speaking, he hasn’t won a fight since 2012.

Still, Brunson doesn’t expect to see either the showboating Silva who got knocked out by Chris Weidman at UFC 162 nor the fighter who only had about three days to prepare for Daniel Cormier at UFC 200.

“He’s not going to be doing what he did against Weidman, and he’s not going to look like he looked against Cormier,” Brunson said. “I think he was three weeks out of surgery when he fought Cormier. He had nothing to lose. He went into that fight completely out of shape. The only thing I can look out of that fight is the takedowns, what takedowns are they vulnerable to?

“As far as him being out of shape, he was out of surgery and he completely wasn’t training, he was probably doing what I was doing, actively training but not doing cardio, so now he’s ratcheting the cardio up right now, I don’t expect him to be out there dropping his hands, putting his hands back, cuz one of these punches catch you on the chin, lights out.”

Rather, Brunson believes he’ll see a Silva similar in approach to the guy who beat Yushin Okami at UFC 134 — methodically picking his spots and then attempting to unleash his offense with surgical precision.

“I expect the best Anderson Silva,” he said. “I don’t think he’ll toy with me like he toyed with other guys, I can explode in and touch his chin, and all it takes is one shot. I’m sure his corner is all, he can crack you. I expect him to be high output, try to play on the outside, looking to sprawl Anderson. Maybe like Okami, when he didn’t throw a punch until two until two minutes in and then wins that fight.”

And as long as he can weather that storm, Brunson believes he’ll have the chance to wipe away the memories of the bad loss to Whittaker.

“Take nothing away from Whittaker,” he said. “I’m a little salty still. Guys lose. You learn from it and move on. The only fight in front of me is the one I’m looking at now.”