Home MMA News Derrick Lewis decides against retirement: ‘It was just heat of the moment’
ShareTweet 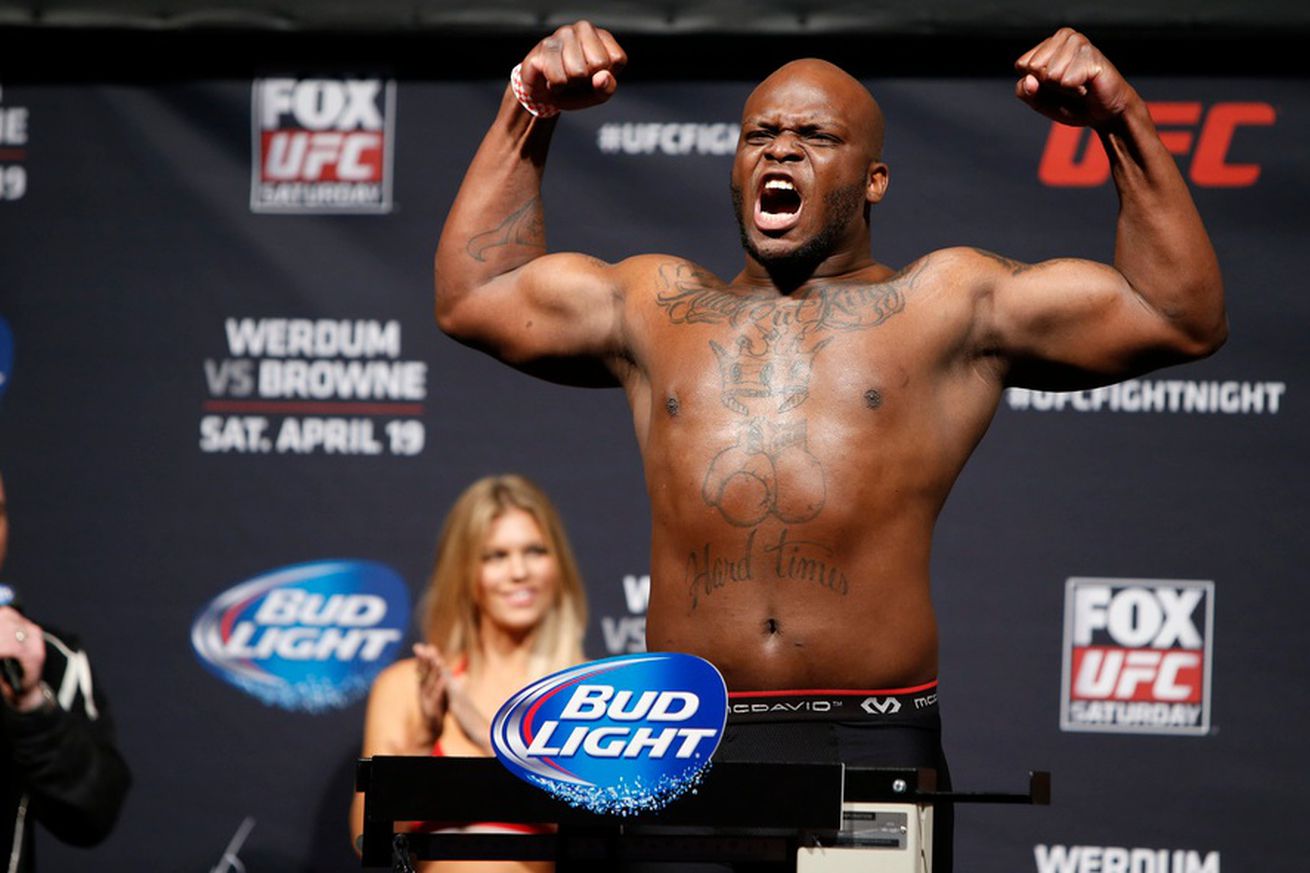 The popular UFC heavyweight announced Monday on The MMA Hour that he has decided against retirement in the aftermath of his UFC Fight Night 110 loss to Mark Hunt. Lewis said he hopes to return to the Octagon by late 2017, and that his biggest hurdle at the moment is simply figuring out the severity of the back injury that he says badly hampered him during the Hunt fight.

“We’re just hoping that we don’t have to get surgery, because I thought about it a little bit, and it’s not going to be my last fight,” Lewis said on The MMA Hour. “I’m going to try to get back in there as soon as I can, and we’ll find out Wednesday, see what’s going on and if it’s not too serious. Hopefully I can get back in there before the end of the year.”

Lewis said he is scheduled to undergo an MRI on his back on Wednesday. Once those results come back, his immediate future will be a little clearer.

The injury is one that Lewis says has plagued him since 2011 and is an issue that pops up at the beginning of every fight camp. But the Hunt fight was different, Lewis said, and he went into the contest dealing with so much pain that he even told his wife ahead of time that UFC Fight Night 110 may be his last hurrah.

“Like two days before, my back was just real sore,” Lewis said. “It was real sore and I knew — I was just hoping that I could work through it. I got a massage the day before and it just made everything even worse. And as the fight went on, it was just getting sorer and sorer.

Lewis said things got so bad during the Hunt bout that “The Black Beast” felt like he “couldn’t throw a punch, because I couldn’t rotate my hips.” Lewis ultimately ended up losing to Hunt via standing TKO in fourth round, snapping the six-fight win streak that propelled Lewis into the upper echelon of the heavyweight division. Lewis admitted Monday that by the time of the stoppage, he was actually “hoping” referee Marc Goddard would intervene because of how badly his back was crippling him and how limited Lewis felt.

After the bout, Lewis surprised many observers by announcing that he was considering walking away from MMA. However, he said Monday that the post-fight declaration was “just heat of the moment,” a product of the difficult and painful journey he made to UFC Fight Night 110. And that realization became clearer to him in the days after the loss, when heavyweight rivals Francis Ngannou and Travis Browne took to social media to trash talk Lewis’ performance.

“Whenever the booty-scratcher (Ngannou) started talking sh*t, and Travis Browne waking up from the dead, talking sh*t,” Lewis said.

“He better be worrying about [his fight at UFC 213] and not worried about me. It’s already done and over with between me and him.”

Lewis said he hopes to return by November this year, and he already has his eyes set on settling things with Ngannou, if the UFC is up for it.

In the interim, Lewis said he plans to take the summer off to heal his injured back and generally rest after maintaining the most active schedule of any UFC heavyweight since his 2014 arrival to the company. Over the last 20 months alone, Lewis has fought seven times — an average of once every few months — and he says the non-stop fight preparation has negatively impacted his life at home.

“That’s one of the reasons why I said I wanted to retire,” Lewis admitted, “because whenever I go into a fight, I’m already thinking about some evil type stuff, and it was really affecting my household. So I was like, I just need some time off a little bit, try to work on my relationship with my family and stuff like that. And just by fighting all the time like that, it just put me in a bad mood all the time. And it just felt that stepping away for a little bit would be the best thing to do.”

As for the Hunt fight, Lewis simply chalks the loss up as a product of the game. While the result may have set back his title hopes, the 32-year-old heavyweight knows he still has plenty of time to achieve what he wants to do in the sport.

“It was still a good fight though. It was something that I expected, a tough fight. I didn’t want an easy fight, I wanted a tough fight, so I got what I wanted,” Lewis said.