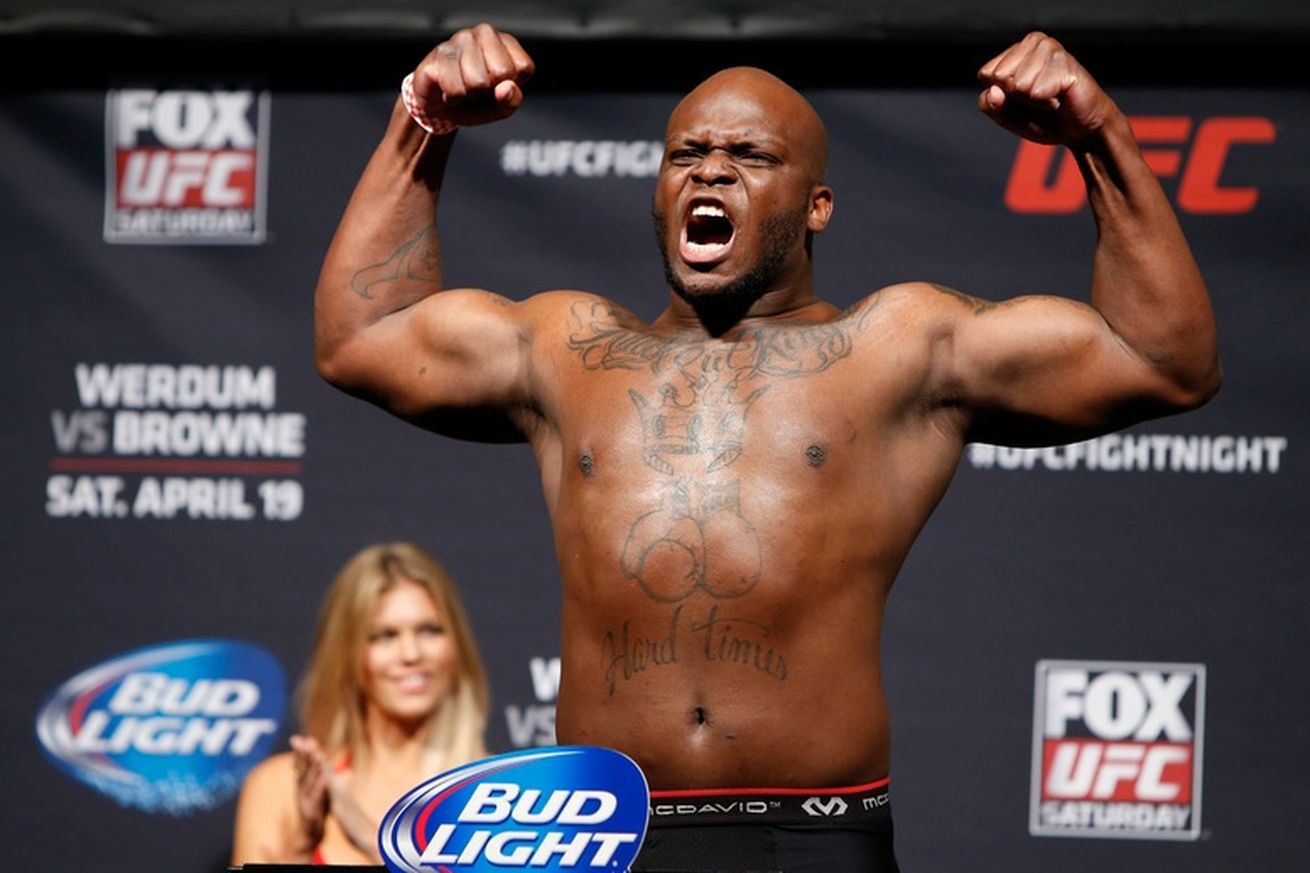 But if it’s for a performance-enhancing drug (PED), Derrick Lewis will still fight “Beast Incarnate,” because using a banned drug won’t make him a better fighter, just like eating fast food doesn’t make him less skilled.

As “Black Beast” declared on The MMA Hour, like many others, he wasn’t surprised to see Brock get popped by USADA.

“It’s no surprise. I was like Nate Diaz, I wasn’t surprised about it. Come on man, look at the guy, everybody knows he was juicing. But it don’t affect me at all, I will fight anyone, I’m ready. For sure I will fight him. When I was fighting in lower leagues, I was fighting a lot of guys on the juice. It doesn’t matter, that don’t help you fight any better. I’ll still be eating fried chicken and McDonald’s and I will feel fine.”

For now, Lesnar will have to sit back, get to the bottom of his failed test, and see just what kind of suspension awaits him for his transgression, which means Derrick’s wish to fight him will stay at that.

Lewis is coming off a split-decision win over Roy Nelson at UFC Fight Night 90 a few weeks ago (full recap here). After the fight, he called for another bout against “Big Country” to make up for his performance, a sentiment he still stands behind.

If not, then he will gladly take on the aforementioned Mark Hunt if “Super Samoan” is down to tango.