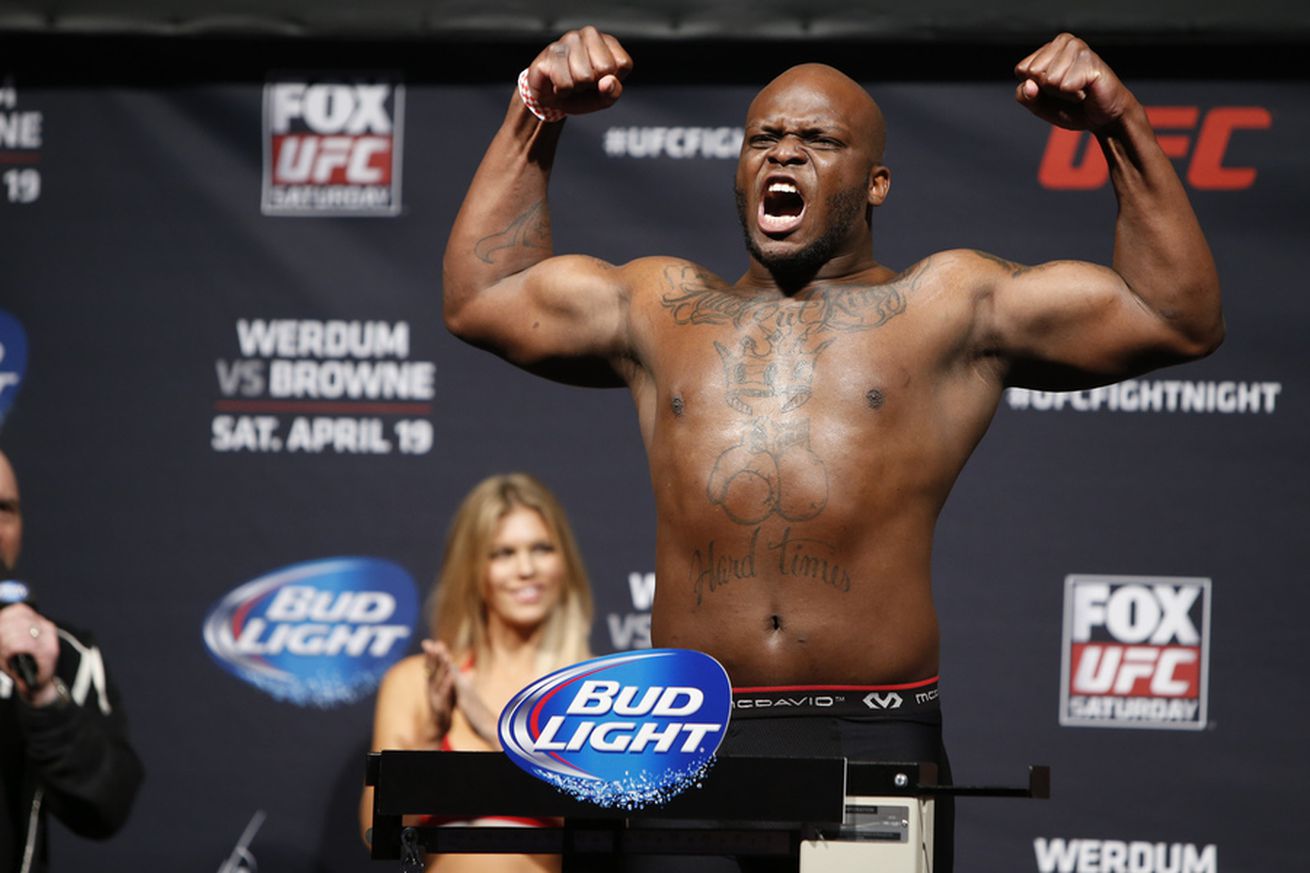 Derrick Lewis might be contemplating retirement, but he’s still active on social media.

The heavyweight took shots by Travis Browne and Francis Ngannou over the weekend after Lewis lost to Mark Hunt via fourth-round TKO at UFC Fight NIght 110 on Saturday night.

Browne wanted a rematch, while Ngannou made fun of Lewis’ loss.