Home MMA News Derrick Lewis says show money, even if he has to show up on Dana White’s doorstep to get it
ShareTweet 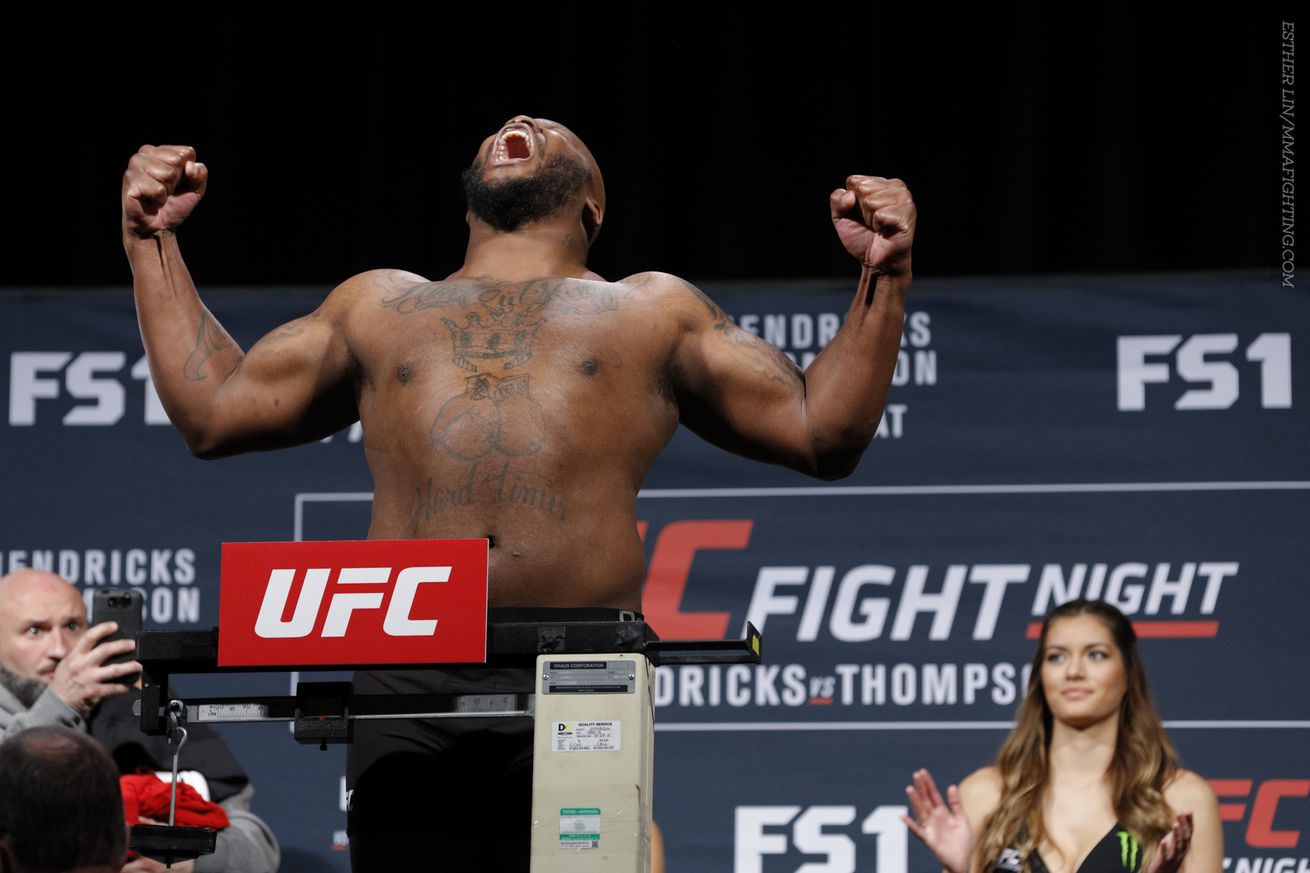 Of all the fighters most affected by the UFC’s cancellation of its Fight Night 97 card in Manila, Philippines, heavyweight Derrick Lewis was perhaps the directly taken aback. That’s because he was already in Manila — some 8,500 miles away from his home in Houston — training for his bout with Marcin Tybura.

Lewis, who made it clear he’s not a fan of air travel when he fought Gabriel Gonzaga in Zagreb, Croatia back in April, said he got the call in the middle of the night that he was overseas in vain.

“They woke me out of my sleep,” he said during an appearance on The MMA Hour. “I had like missed calls from my manager, and he told me he had bad news. I thought my opponent got hurt or something like that. He broke it down to me and said the whole card got cancelled. And I was just pissed. I said, ‘are they still going to pay me?’ He said he don’t know, that we were going to talk about it this week.

“I said, there ain’t no talking about it, let me call Dana White or somebody to pay me, because I don’t already don’t like flying don’t make me come all the way over here for nothing. So we’re still waiting. I haven’t anything from nobody.”

UFC Fight Night 97 was centered around MMA legend B.J. Penn, who was returning to action for the first time in over two years. However, Penn was forced to pull out of his main event fight with Ricardo Lamas due to an injury, and UFC wasn’t able to find a replacement on short notice.

Days later, rather than try and salvage the card as it stood, the UFC cancelled the event — much like