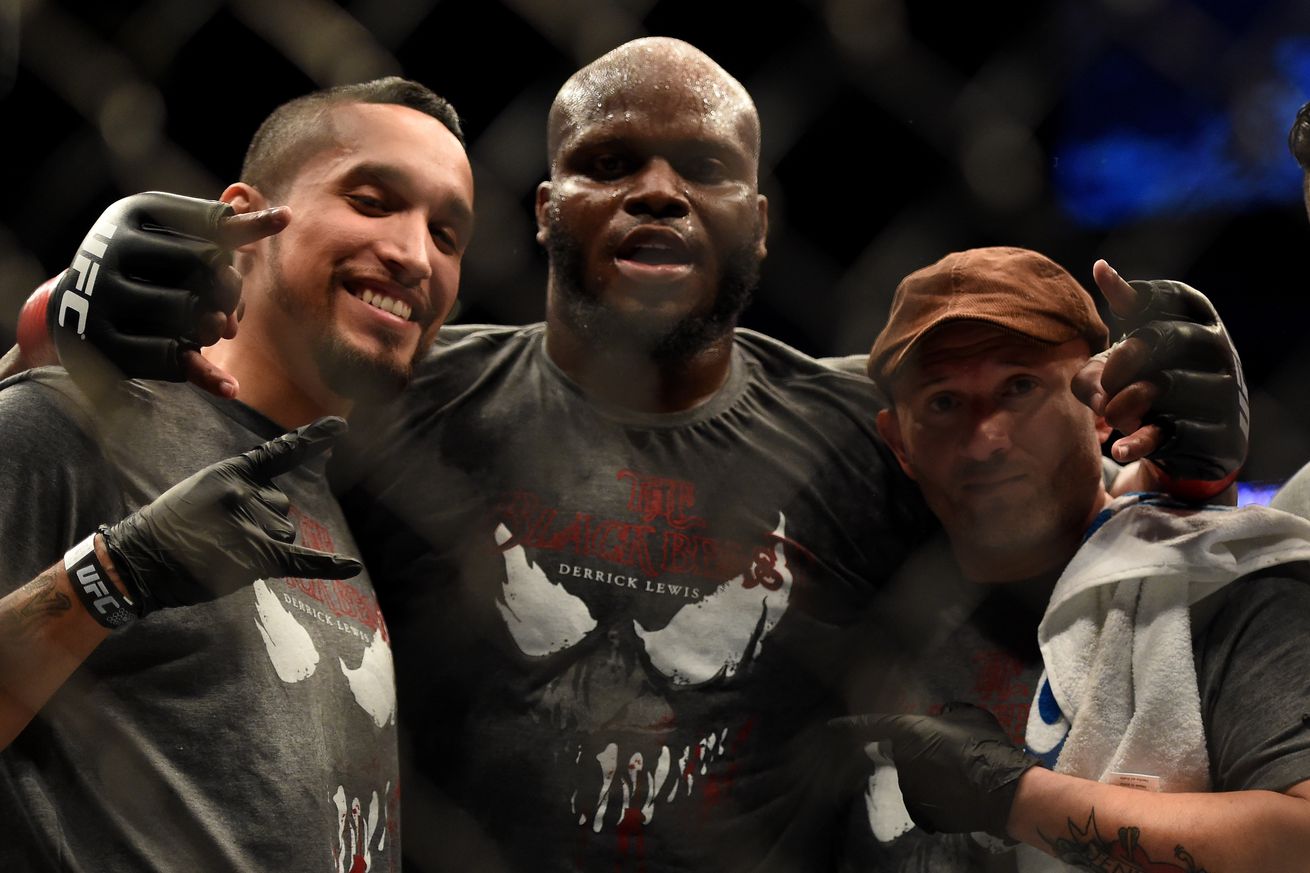 Gabriel Gonzaga appears to have a new opponent in the form of Derrick Lewis, who told social media followers (via MMA Junkie) he would be stepping in on short notice for the injured Ruslan Magomedov at UFC Fight Night 86, which takes place on Sun., April 10, 2016 in Zagreb, Croatia, on FOX Sports 1.

Fellow UFC heavyweight Roy Nelson, however, was not a big fan of the announcement.

“Well I still want [Lewis] after he loses to [Gonzaga],” Nelson wrote on Facebook. “Can’t call a man out and not expect consequences!”

See the call out in question here.

“Relax,” Lewis replied on Twitter. “You will still get your turn to look up at the lights, old man. I PROMISE”

To see who else is fighting at next month’s UFC Fight Night 86 event, headlined by heavyweight hurters Junior dos Santos and Ben Rothwell, click here.