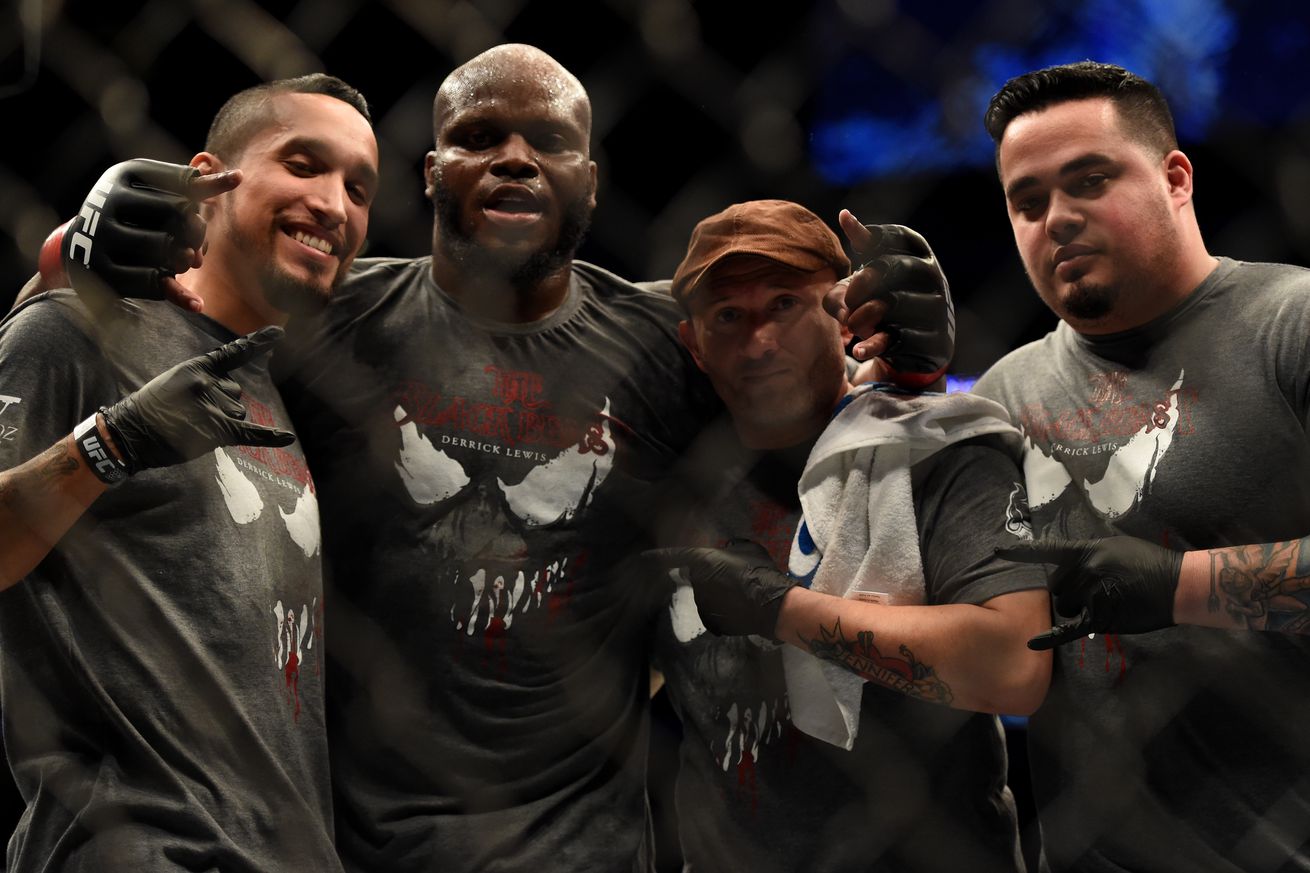 Ultimate Fighting Championship (UFC) heavyweight power puncher Derrick Lewis apparently has those back issues under control, after un-retiring from mixed martial arts (MMA) back in June.

The No. 7-ranked slugger will move on to face former heavyweight champion Fabricio Werdum at the upcoming UFC 217 pay-per-view (PPV) event, set for Sat., Oct. 7, 2017 inside T-Mobile Arena in Las Vegas, Nevada.

Lewis (18-5, 1 NC) saw his six-fight win streak go up in smoke against fellow heavyweight face puncher Mark Hunt roughly two months back. “The Black Beast” can probably get right back into the title chase if he can upset “Via Cavalo.”

It won’t be easy, as Werdum (21-7-1) — despite his majority decision loss to Alistair Overeem — is still one of the most dangerous fighters in the division, with an unparalleled ground game to complement his improved stand-up skills.

UFC 216 will also feature the lightweight interim title fight pitting Tony Ferguson opposite Kevin Lee. Elsewhere on the card, Bobby Green mixes it up with Lando Vannata at lightweight.