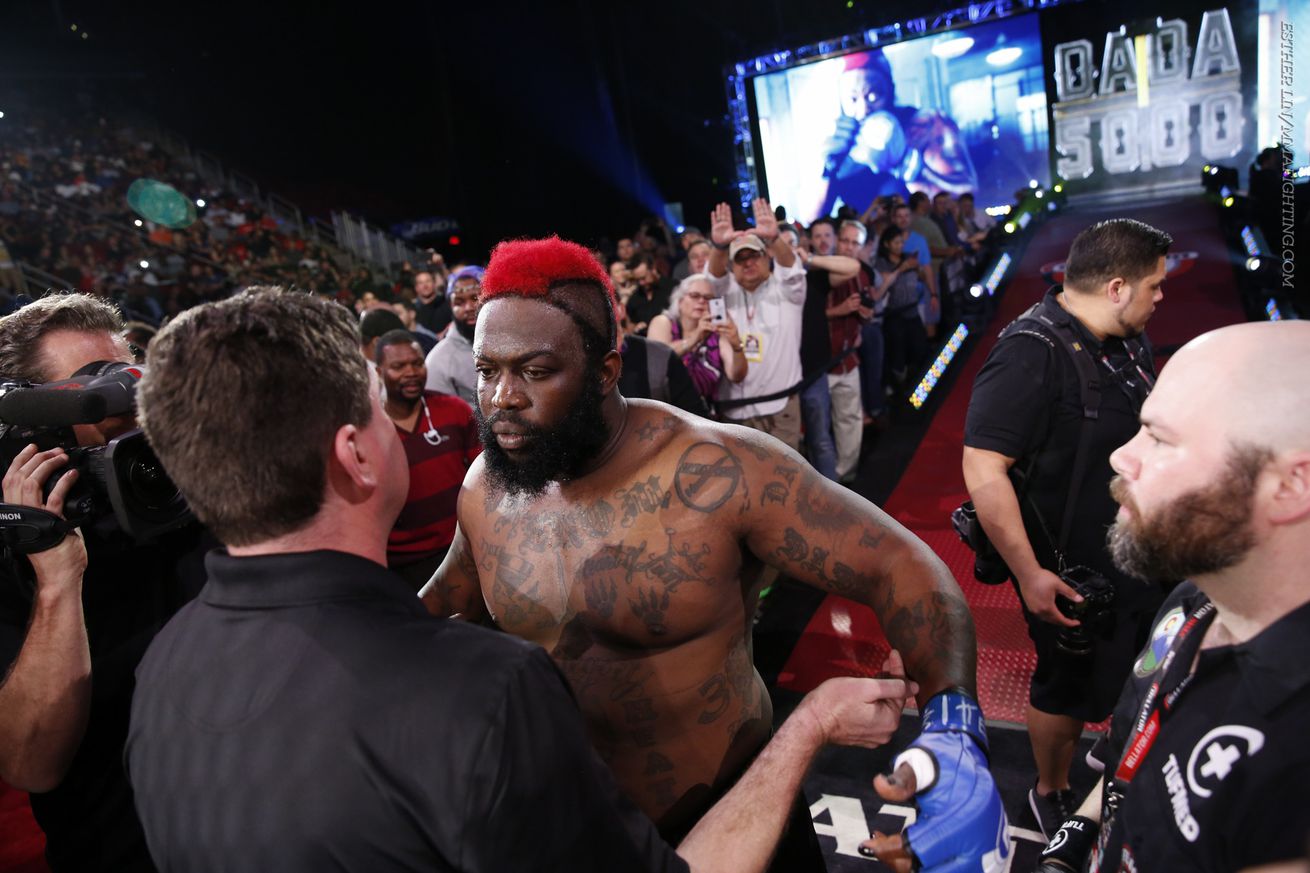 Dada 5000 gave almost everything he had to give in the cage, according to Billy Corben.

Corben, the man who directed the “Dawg Fight” documentary, said Tuesday morning on the Zaslow Show radio programin Miami that Dada 5000 almost died Friday night during and after the fight with Kimbo Slice at Bellator 149 in Houston. However, Dada, whose real name is Dhafir Harris, has made an incredible recovery.

Corben, who said he has been with Harris almost around the clock in the hospital since the fight, that Harris’ body began betraying him in the very first round against Slice.

“As it turns out, he was dying,” Corben said. “His body was shutting down during that fight, having nothing whatsoever to do with his fight training, but with his nutrition and dietary issues.”

Harris, 38, suffered cardiac arrest following the fight, multiple sources told MMA Fighting. He was resuscitated and rushed to a local hospital. His family sent out a statement Saturday saying Harris had high levels of potassium in his blood, which led to “severe dehydration, fatigue and renal failure.”

It was an ugly fight, but a grueling one that lasted into the third round. Slice beat Harris by TKO in that round, but Harris, who had to cut 40 pounds to reach the 265-pound heavyweight maximum, collapsed more out of exhaustion.

When asked if Harris almost died, Corben said, “Absolutely. It might have been even worse than that.”

Corben said it has been a traumatic experience for Harris’ family, including his mother and brothers who were at the Toyota Center watching. However, Harris has made a “miraculous” recovery, Corben said. The director said every nurse has had a new word for the way Harris has been able ….View full article