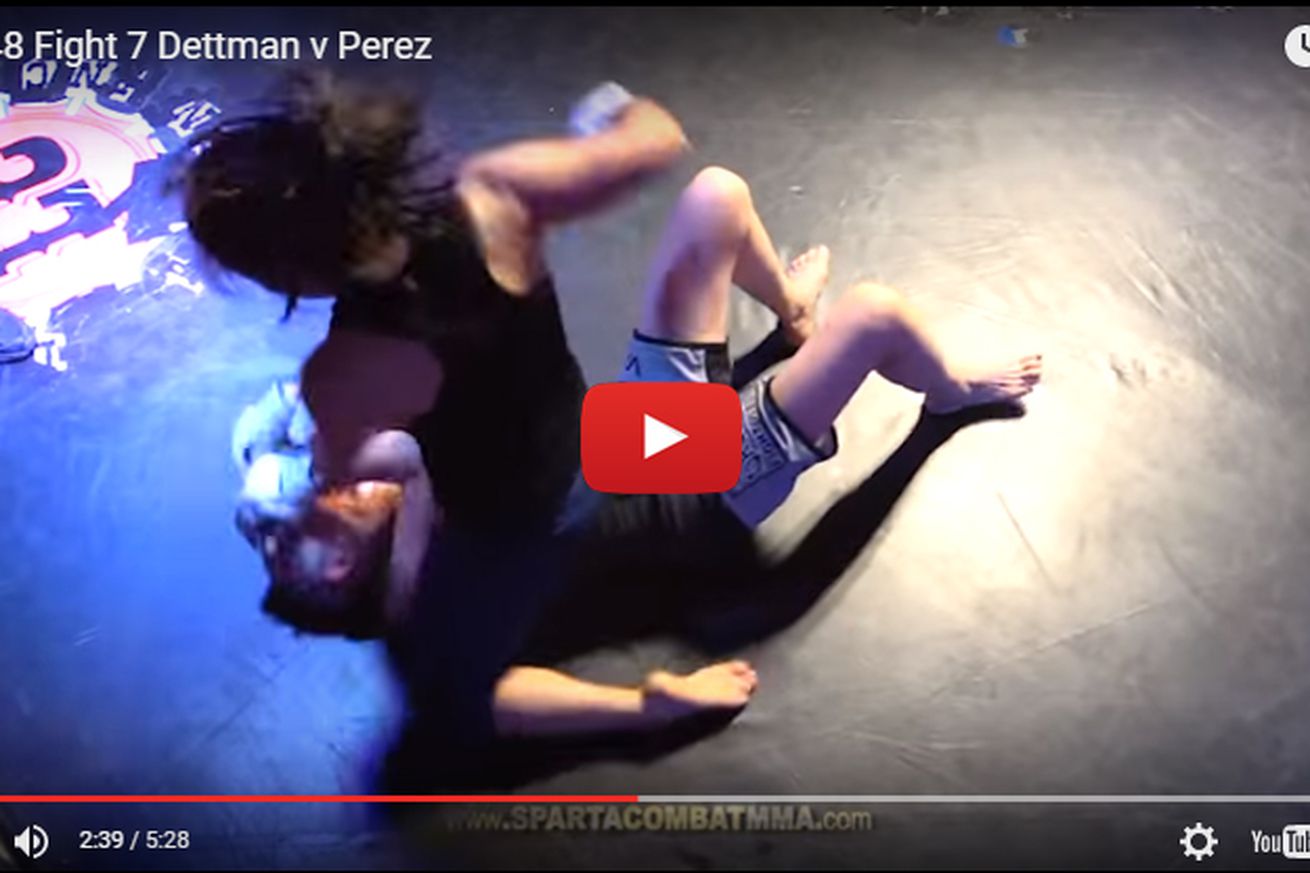 Before you criticize Bellator MMA…

You can file this one under “What the hell?”

Colorado-based mixed martial arts (MMA) promotion, Sparta Combat League, just took the cake when it comes to putting on mind-boggling fights. And we’re not talking about a “soccer mom” making her MMA debut against a trained fighter.

No ma’am, were talking about a 68-year-old grandmother taking on a 24-year-old fighter with 3-2 record. And as you can see in the video embedded above (via Middle Easy), Laura Dettman (24) didn’t take it easy on Ann Perez (68), inflicting some vicious ground-and-pound until the referee finally stepped in to put a halt to the punishment early in round one.

Look, props to Perez — who does have a lengthy combat background — for wanting stepping in there to prove that “age is just a number,” but the promoters actually booking this fight is shocking to me since she could have been seriously hurt.

Don’t be surprised if this happens again.