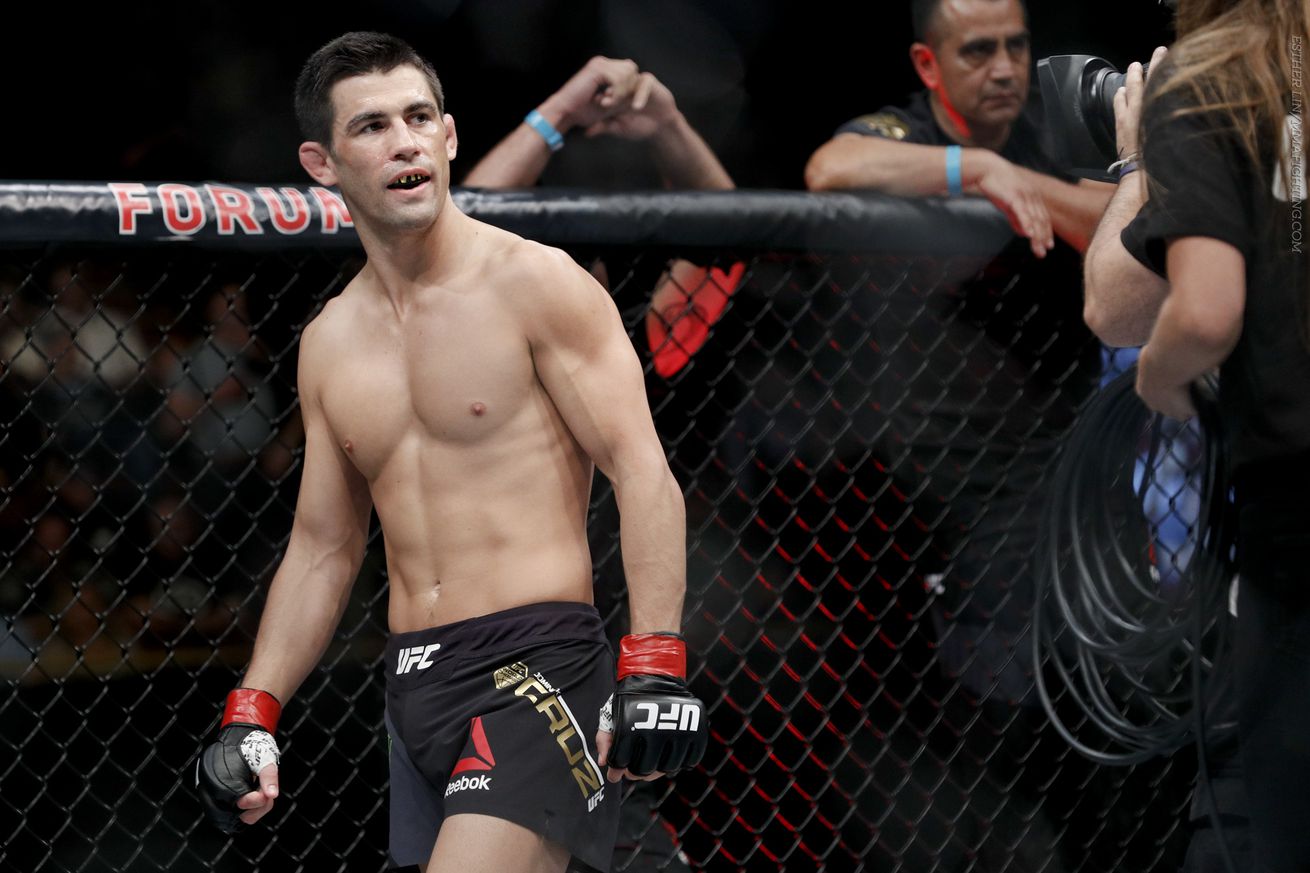 Dominick Cruz has a sad truth to break to MMA fans. The word “deserve” doesn’t mean anything in this sport.

The UFC bantamweight champion has heard people say other contenders have done more to earn a title shot over Cody Garbrandt at UFC 207 on Dec. 30 in Las Vegas. Cruz doesn’t really give a damn.

“Some people say somebody deserves it, that doesn’t matter to me,” Cruz told MMA Fighting. “I don’t care what anybody else thinks or what anybody else deserves, because there’s no validity behind that. There’s nothing.”

T.J. Dillashaw, the man Cruz beat to regain the title back in January, has been very vocal about feeling like he was the true next contender in line. Some fans have echoed that sentiment. Dillashaw is ranked No. 1 among bantamweight contenders in the UFC’s official rankings, while Garbrandt is No. 6.

“Rankings don’t mean anything,” Cruz said. “I don’t care about rankings. I care about sales. And right now, Cody Garbrandt is running his mouth enough, he’s writing such a big check that he can’t cash, that I can’t wait to take it all from him and stuff it down his throat.”

The UFC’s rankings have been rendered rather meaningless. They’re generated by media members who don’t cover the sport on a full-time basis (the regular beat reporters have declined to vote) and they’re used at the UFC’s whim.

In this case, Cruz (22-1) believes Garbrandt was the fight that made sense, because of the back story there. Garbrandt trains with Team Alpha Male in Sacramento and Cruz has had a feud with that group for more than a decade, highlighted by his long rivalry with Alpha Male patriarch Urijah Faber, Garbrandt’s mentor.

“What the difference is, is that he comes from a storyline of guys that I’ve been beating ….View full article