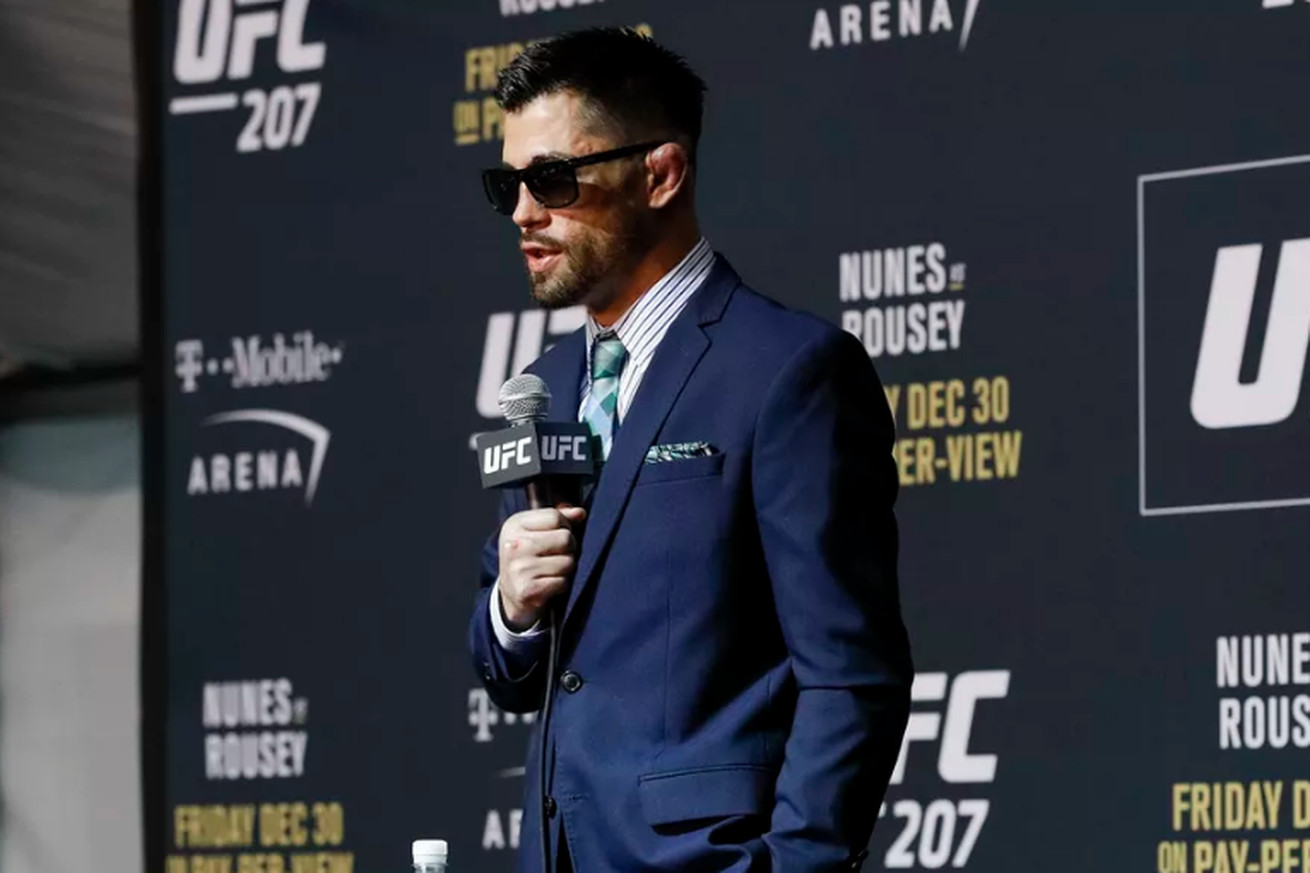 Coming into his bantamweight title defense opposite Cody Garbrandt last night (Fri., Dec. 30, 2016) at UFC 207 live on pay-per-view (PPV) from inside T-Mobile Arena in Las Vegas, Nevada, Dominick Cruz hadn’t tasted defeat since losing to Urijah Faber via submission back in 2007. Unfortunately for Cruz, that streak ended after Garbrandt blasted him with power shots for 25-straight minutes to claim his title and spark another budding rivalry at 135 pounds (click here fro highlights). Despite the crushing defeat, Cruz remains positive and believes he did everything in his power to stop “No Love.”

“I enjoyed every second of this fight,” said Cruz during the UFC 207 post-fight press conference. “Look, I’ve been fighting the best guys in the world for the past 10 years, the top two in the world. I’ve been on the pound-for-pound list for a long time. Even when I was hurt with triple ACL reconstructive surgeries, there was a target on my back. I had to come back and fight through it. This was no different. This was just another fight that I had to challenge myself.

Like many champions who fall from grace, Cruz will take the loss in stride and learn from his mistakes at UFC 207.

“After feeling it, after getting through it, after seeing the look in his eyes a couple times when I punched him, when I kicked him, when I fought, I’m not disappointed in myself at all,” added the former champion. “All I can say is I lost, and I’ll take my loss like a man.”

At this point, it seems logical that Cruz will get another crack at Garbrandt and the opportunity to win his belt back. But with T.J. Dillashaw breathing down his neck, “The Dominator” may have to lobby for a fight for the first time in ages.