Home MMA News Dominick Cruz to any Team Alpha Male challenger: Don’t ‘talk your way to the front of the line’
ShareTweet 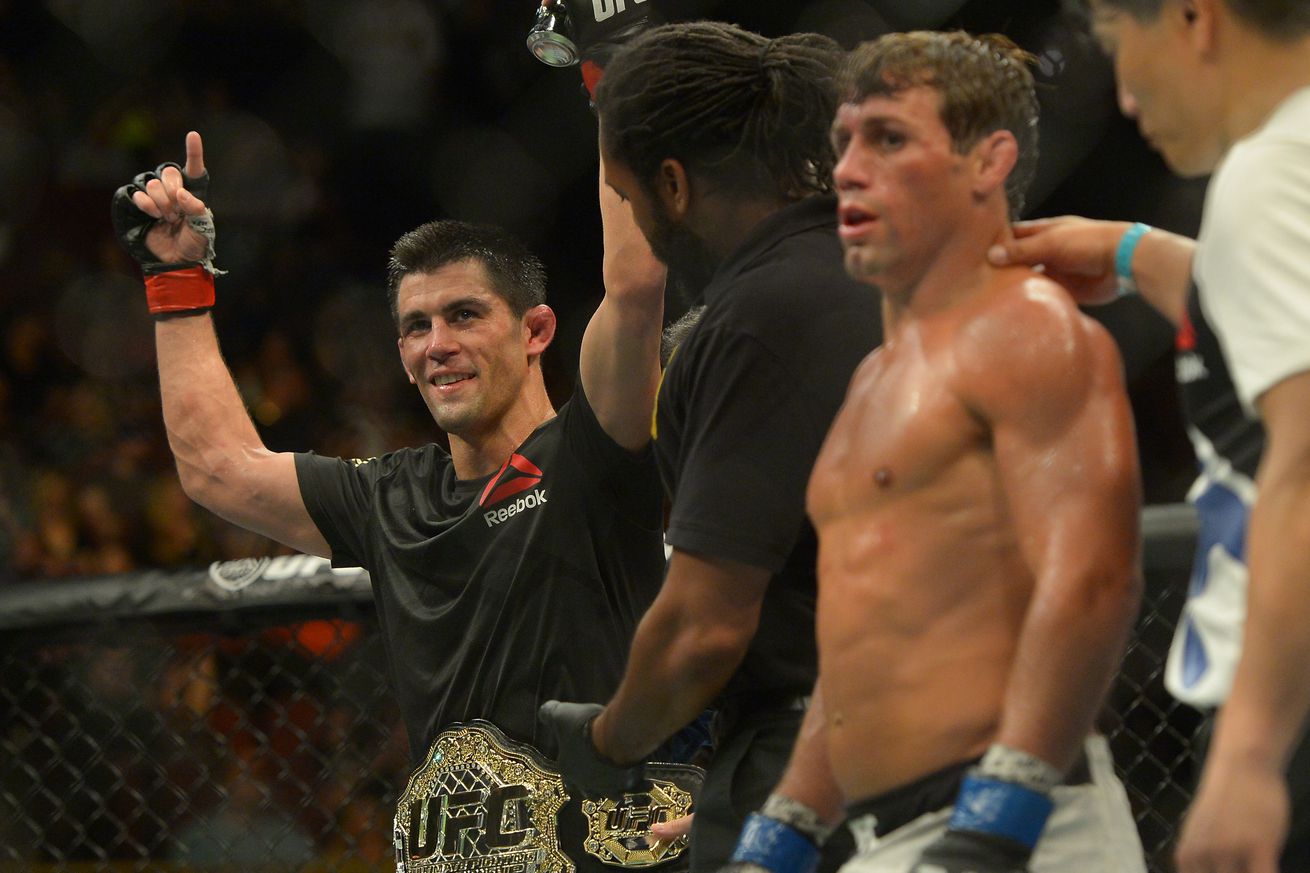 There’s no love lost between UFC bantamweight champion Dominick Cruz and Team Alpha Male, especially after Cruz’s successful title defense against Urijah Faber at UFC 199. Faber, the founder and figurehead of the team, has a long-standing rivalry with Cruz, which is exacerbated by Cruz’s victories over other current and former members of the team like Joseph Benavidez or T.J. Dillashaw.

Cody Garbrandt, a top UFC bantamweight contender fresh off of a win in May over Thomas Almeida, is part of Team Alpha Male and appears to have been grandfathered into the rivalry with Cruz.

On a recent episode of Stud Radio – the official podcast of Team Alpha Male – Garbrandt told the story of a backstage semi-altercation with Cruz that took place after the champion’s UFC 199 win. “Yeah, [he, Cruz, popped out of the tent] with this dumbass look on his face,” Garbrandt said. “I was sitting there, walked out of Faber’s tent, talked to him, kind of taking it all in. He [Cruz] popped out of his tent and kind of made eye contact with me, made this face like, ‘Yeah, motherfuc*er, what?’

“I was sitting there, and he [Cruz] wouldn’t turn away, so I was like ‘Alright, what’s up? It’s cool. Keep my belt polished up for me.’ And he grabbed his belt off his dude and put it over his shoulder like, ‘You better get in line.’

Garbrandt, for his part, replied, ‘There ain’t no line right now. I’ll run up on you and smack you right in your face.'”

Ultimately, no fists were thrown, but when asked for his version of events on Monday’s The MMA Hour, Cruz declined to go into details. As he sees it, the team are relentless self promoters. All of their actions, Cruz argues, should be ….View full article