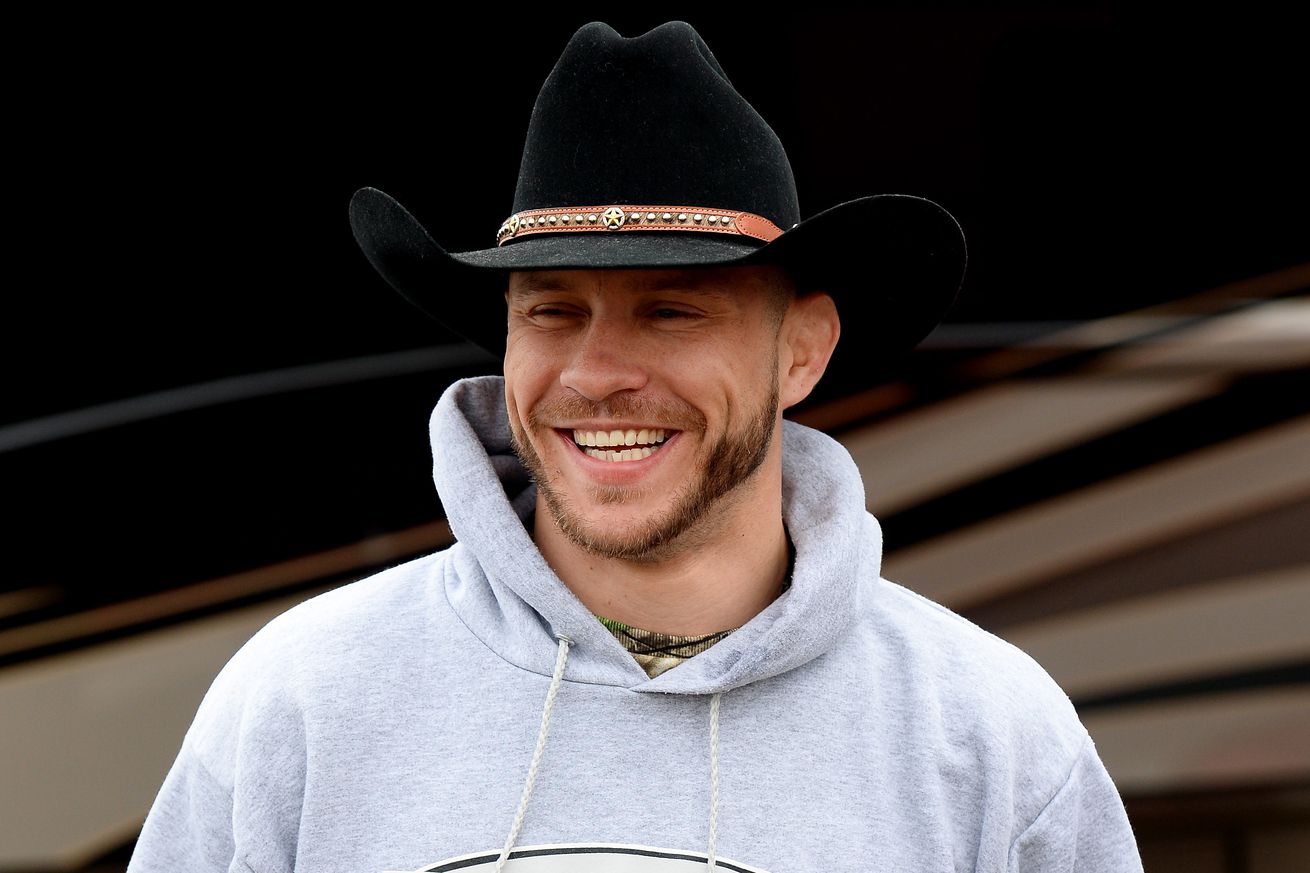 How can anybody not love Donald “Cowboy” Cerrone? Well, other than the horde of Conor McGregor fans who have jumped on that crowded bandwagon?

The WEC and UFC veteran was answering fan questions in Pittsburgh prior to his UFC Fight Night 83 appearance this Sunday (Feb. 21, 2016), laughing at the hostility of McGregor fans.

One such comment made reference to McGregor’s statement that Cerrone is a “quitter” because he lost so quickly to Rafael dos Anjos during their lightweight title fight at UFC on FOX 17. “Cowboy” had an answer to that one.

“Conor called me a quitter but I didn’t even get started in that fight. So how can you call me a quitter when I got ass whipped before I even got started? That’s what I want to know,” he said, pausing to reflect upon the stupidity of the comment. “Damn people are… (smiling). Well, I appreciate it but you know what I’ma keep on fightin’ and I’ma keep on drinkin’ beer so, uh, fuck you, how about that?”

Cerrone also settled the question of whether he’s “scared” to fight Conor McGregor:

“Why would you even say that? I’m a fighter, that’s what I do. You people are funny. You fans at home crack me up, especially the ones that talk shit. And I wish there were repercussions for you being able to talk shit. I don’t think you should be able to hide behind your computer and write things and talk shit. I wish you would come to my face and say it because then I would slap the shit out of you.”

Cerrone has compiled an impressive 28-7 mixed martial arts (MMA) record in a career that began in 2006, gaining fans by his frequent appearances. When asked when the 32-year-old might hang em up, Cerrone said he’s ….View full article