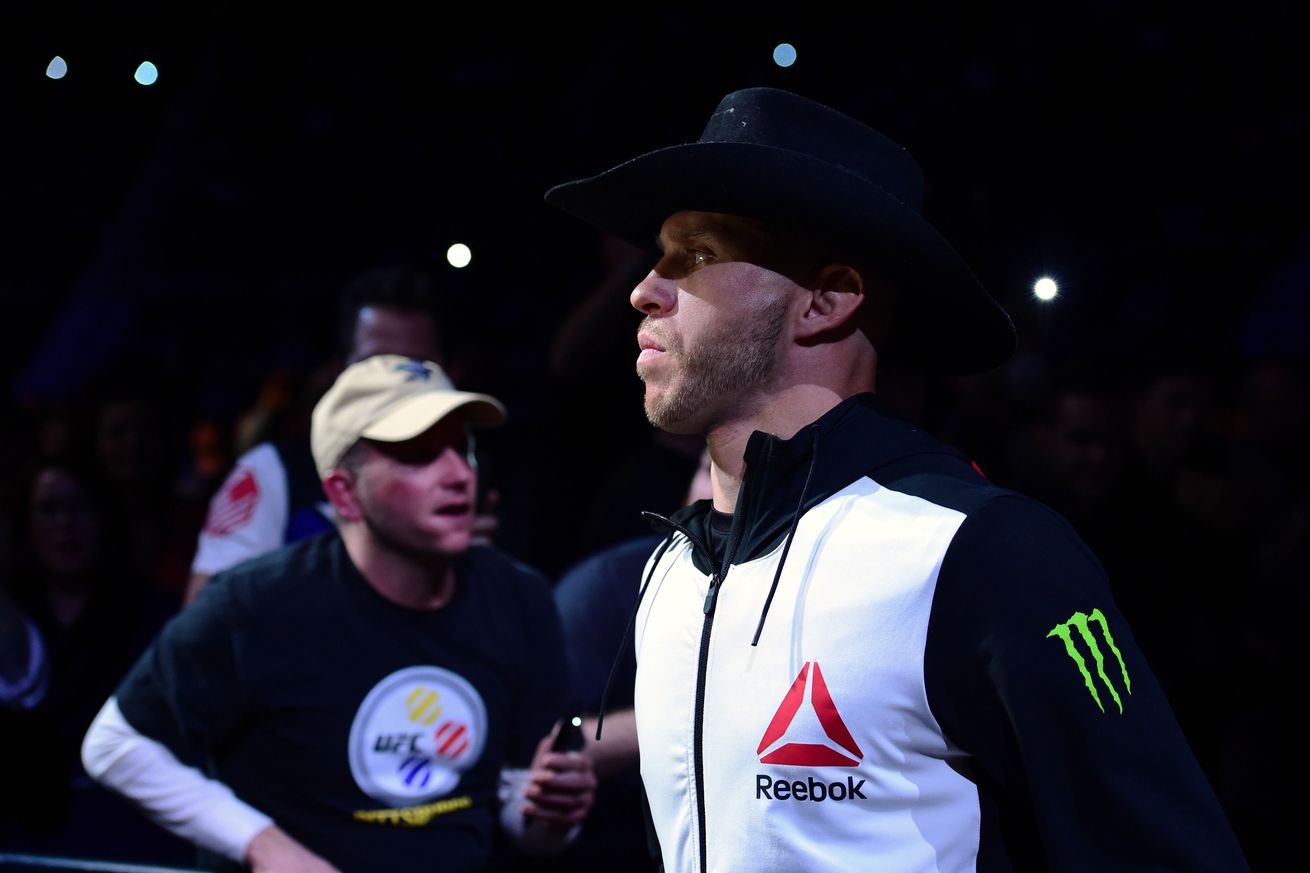 That’s because White and “Cowboy” seem to have a special friendship outside the cage, one that goes beyond that of promoter and fighter. Indeed, Cerrone could often be seen waltzing into UFC headquarters and into White’s office essentially unannounced during past “Embedded” episodes simply to shoot the breeze or demand a short-notice fight.

Plus, you don’t just fork over $100,000 out of your own pocket to help someone get out of a legal pickle if he isn’t a close friend. That said, while White was somewhat blindsided by the move, but he understands that Cerrone is his own man and makes his own big boy decisions … for better or worse.

During a recent scrum while in Toronto, Ontario, Canada, ahead of his upcoming Welterweight fight against Matt Brown at this weekend’s (Sat., Dec. 10, 2016) UFC 206 pay-per-view (PPV) event, Cerrone talked about his involvement with MMAAA and White’s reaction to it.

“As far as the Association goes, man, Georges [St-Pierre] and Tim [Kennedy] called me and asked me to be part of it,” Cerrone said via MMA Fighting. “I didn’t know I was sitting on a board. That kind of took me by surprise, sitting there like, ‘Oh wow.’ I spoke to Dana [White] today on the phone. He’s coming to town, and we’re going to go out to dinner and talk. There’s a lot of things I think this sport needs, you know, retirement pension, healthcare … things I think we need.”

Interestingly enough, Cerrone says that while he will still be involved with MMAAA, there are some people associated with the group with whom he isn’t too thrilled about working.

“I wasn’t sitting there saying, ‘We’re moving forward today, we’re going on strike, we need more money,” he said during the scrum. “That wasn’t coming out of my mouth at all. There were a couple of people that were there that I don’t plan on working with and being a part of, not mentioning any names. I was there mostly just, not saying I’m leading a board or I’m sitting on a board, but more voicing my opinion of what this sport needs.”

At the end of the day, Cerrone admits UFC and White have been good to him over the years, but that alone doesn’t change the fact that he and other fighters need more benefits from the promotion. After all, once UFC decides to cut him loose or he calls it quits, there are no more loyal lifetime deals available.

“Moving forward, I’m still going to stand strong with those and say this is what I believe we need,” he continued. “I believe as a whole we need healthcare, we need some kind of pension for retirement. The UFC has been nothing but great to me — I can’t complain, they give me what I want. And like Dana said, I called him and he helped me out. That’s true, man. I was in a bind, he got the best lawyers you can pay and saved my ass.”

In concluding, “Cowboy” admits that maybe he should have picked up the phone and called White to inform him of his involvement with MMAAA.

“He said, ‘Listen kid, you can do anything you want.’ We have a good relationship, him and I, and he’s right, I probably should have called him and said, ‘Hey man, I’m going to do this that way you don’t get back-handed in the face.”

While he won’t be met with resistance from White as far as his journey to pursue benefits from the promotion, he and the rest of the group have to be prepared for a long battle ahead, as there are plenty of other groups out there who are eager to fight them head on in court.