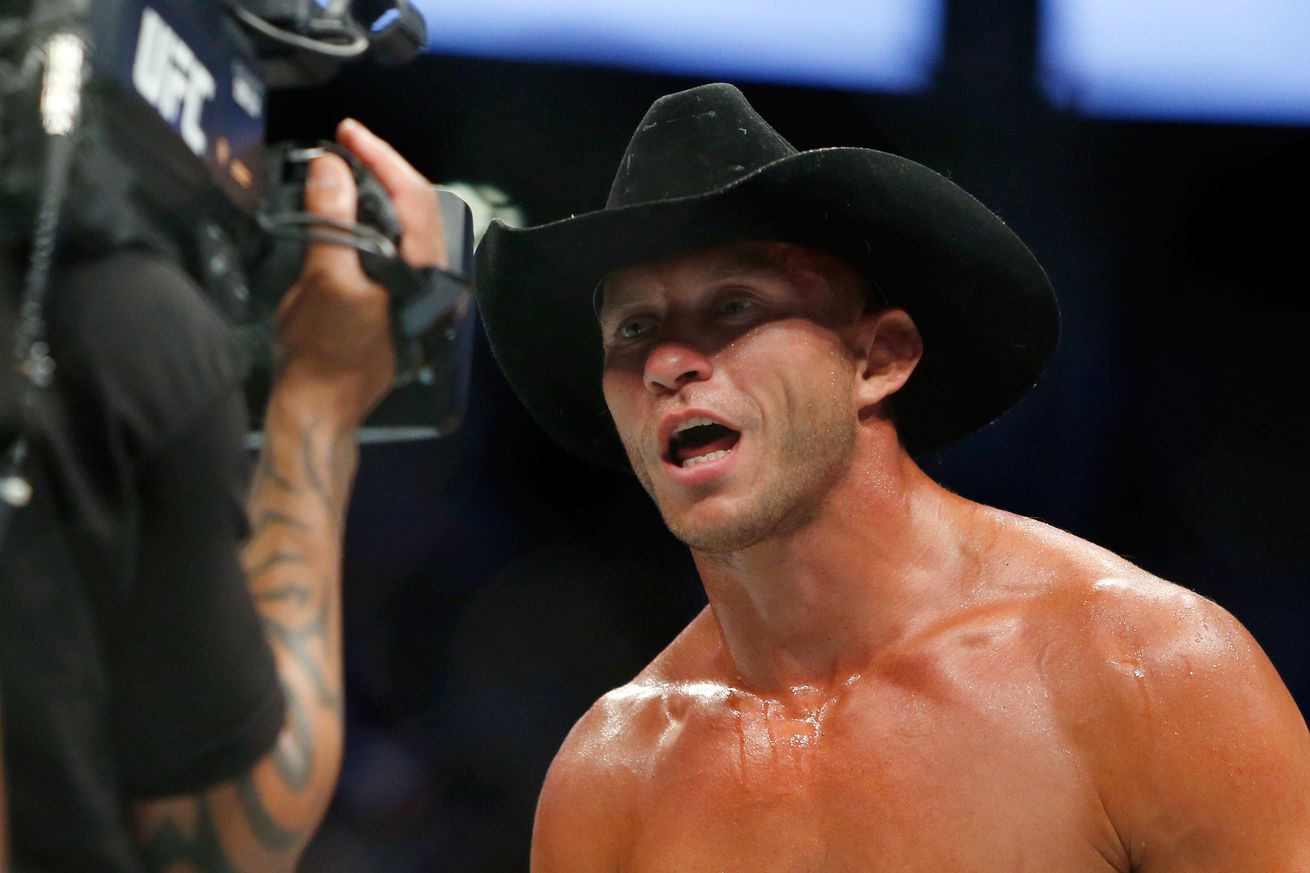 Donald Cerrone isn’t technically injured but he’s still out of his UFC 213 fight against Robbie Lawler … for now.

Sometimes MMA news can hit you like a kick in the nuts. Case in point: Donald “Cowboy” Cerrone being taken out of his highly anticipated UFC 213 fight against Robbie Lawler on July 8th. While a women’s bantamweight championship fight between Amanda Nunes and Valentina Shevchenko still headlines, the Cerrone vs Lawler fight was a huge highlight for the card, and maybe a sign the UFC should just skip events with the number 13 involved moving forward.

Now Donald Cerrone is revealing what happened, and it turns out his injury is less of an injury and more of a blood infection.

Let everyone know this is not an injury. But a super bad infection in my blood. 7 days of IV and I’ll be back at it. Working on getting the fight rescheduled

“Let everyone know this is not an injury,” he wrote on Instagram. “But a super bad infection in my blood. 7 days of IV and I’ll be back at it. Working on getting the fight rescheduled!”

“Cowboy” is infamous for his extracurricular activities that range from motocross and motorboating to rock climbing. He’s twisted his stomach around his intestines riding an ATV and shared stories of near fatal falls. At one point, UFC president Dana White forbid him from extreme sports participation leading up to his fights. Who knows if this infection is a result of something action-ish like that or maybe just some contact with rusty metal. Whatever the case, “Cowboy” gonna “Cowboy,” amirite?