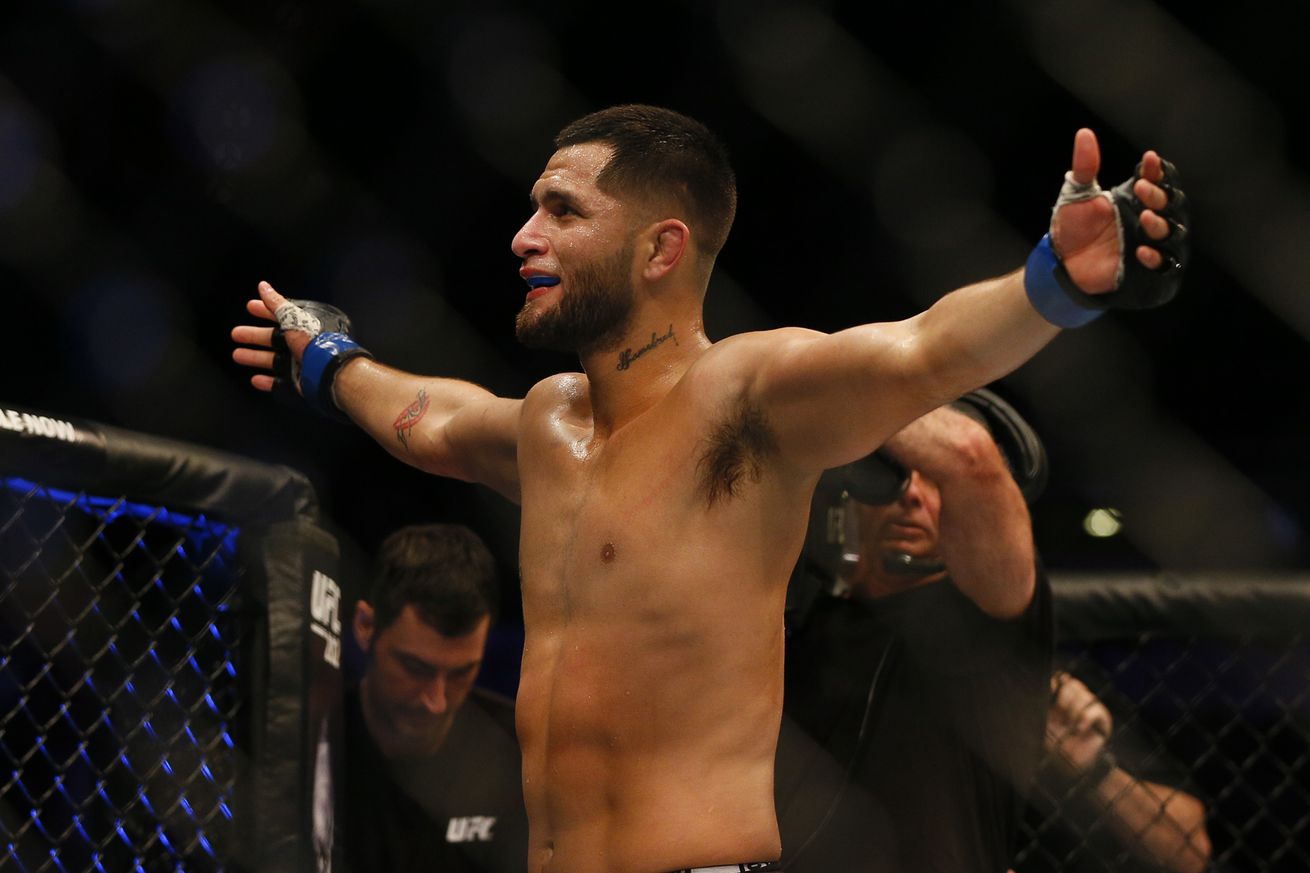 Donald Cerrone continues his assault on the 170-pound division when he tangles with the rough-and-tumble Jorge Masvidal in the UFC on FOX 23 co-main event later tonight (Sat., Jan. 28, 2017), slated for Pepsi Center in Denver, Colorado.

Cerrone (32-7, 1 NC) has won four consecutive welterweight fights — all finishes — since losing his opportunity to take the lightweight belt of then-champion, Rafael dos Anjos, in Dec. 2015. The bout against Masvidal will mark his sixth trip inside the Octagon in a 13-month span.

The technically-sound Masvidal (31-11) will present the toughest 170-pound test for Cerrone to date. “Gamebred” recently won back-to-back bouts inside the Octagon for the first time since 2014, most recently scoring a technical knockout victory over rugged veteran Jake Ellenberger.

Check out their fight video preview above.

MMAmania.com will deliver LIVE round-by-round, blow-by-blow coverage of the entire UFC on FOX 23 fight card TONIGHT (click here), starting with the UFC Fight Pass “Prelims” matches online, which are scheduled to begin at 4 p.m. ET, and then the remaining undercard balance on FOX Sports 1 at 5 p.m. ET, before the FOX main card start time at 8 p.m. ET.

To see who else is fighting at tonight’s UFC on FOX 23 event click here.