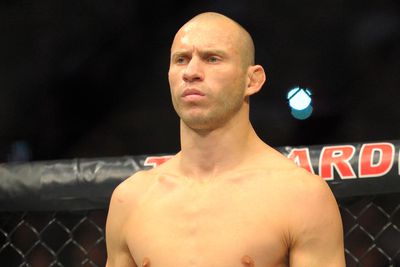 Here’s a fight that needs to happen.

Ultimate Fighting Championship (UFC) recently eliminated two ranked names from its lightweight title hunt, after Donald Cerrone (No. 3) and Michael Johnson (No. 6) both came up empty at the UFC on FOX 17 mixed martial arts (MMA) event earlier this month in Orlando, Florida.

More on those performances here.

But don’t expect “Cowboy” or the “Menace” to be crying over spilled milk blood. In fact, Cerrone — stopped by Rafael dos Anjos in round one — already took to his social media account to request his next assignment. Johnson, still licking his wounds after Nate Diaz punched his way to a decisive decision win, just so happened to have his ears on.

@Cowboycerrone yo brother I’m looking to dust off my saddle as well! Let’s give the @UFC and the fans and early candidate 4 FOTY lets do it!

I can dig it. How about you?