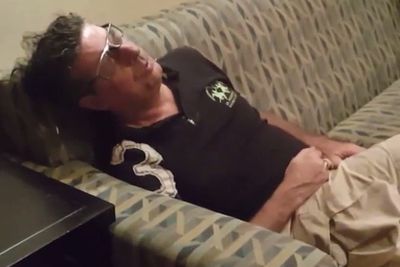 Dan Henderson received a surprise visit five days before his next UFC fight.

Scheduled to face Vitor Belfort in the main event of Saturday night’s UFC Fight Night 77, the former PRIDE and Strikeforce champion arrived in Sao Paulo on Monday, and was surprised with a visitor late in the night.

When Henderson returned to his hotel room with his team after having dinner, he realized there was a man sleeping in the couch.

“A drunk guest entered the room because the door didn’t lock when we left,” Henderson’s boxing coach Gustavo Pugliese told MMAFighting.com on Tuesday. “He wouldn’t wake up even when we poked him, so we called security. He eventually woke up, but had no idea what was happening. He was so drunk they had to carry him out or he’d fell on the ground.”