Home MMA News Duke Roufus: ‘If Anthony Pettis would have lost his last fight I was going to stop coaching’
ShareTweet 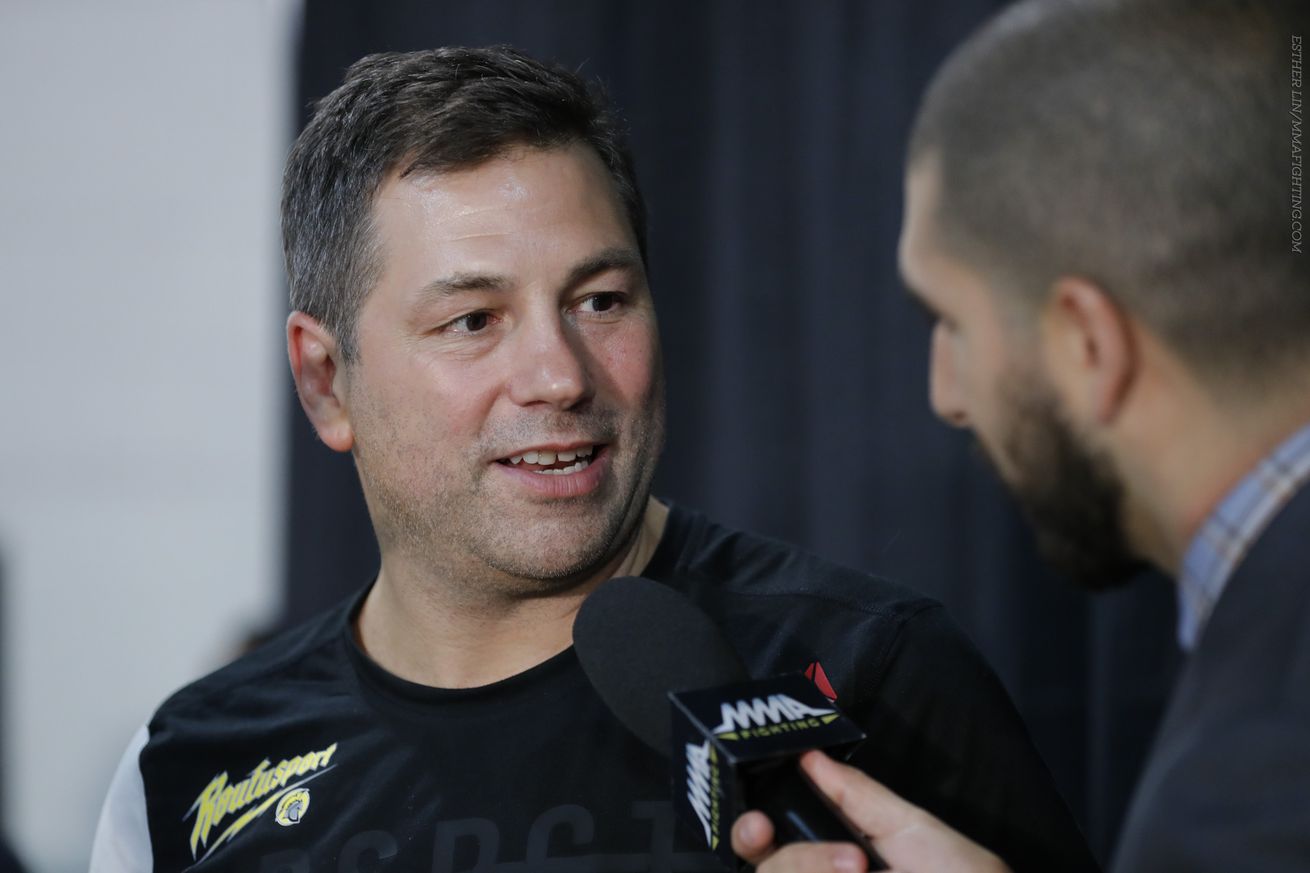 A couple of weeks back, on the Friday night before the UFC on FOX 21 fights in Vancouver, Duke Roufus swore that the Anthony Pettis we were about to see was more like the old Anthony Pettis, the one that ended up on the Wheaties box as the lightweight champion. There was a shift in the focus during training that led him to believe that Pettis would be the best version of himself we’d ever seen.

Pettis proved his coach right by submitting the Brazilian Charles Oliveira in a frenetic back-and-forth bout that many people considered the Fight of the Night. It was a successful foray at featherweight for “Showtime,” who needed a win in the worst kind of way after dropping three fights in a row.

How dire was it?

As a vicarious entity living through Pettis in the corner, Roufus said on Monday that it was it was literally put up or shut up. Had Pettis lost to Oliveira, the Milwaukee-based trainer said during an appearance on The MMA Hour he would have walked away from coaching. Everything he had worked to build was riding on the outcome of that one fight.

“I’ve only told a couple of people this — Anthony, one of my really good friends in Canada, and one of my business partners — if Anthony Pettis would have lost his last fight, I was going to stop coaching,” he told Ariel Helwani. “He had his back against the wall, I had my back against the wall. And, I’m serious. That’s how much this kid’s life means to me.

“But that’s how invested I am as a coach. And that’s the mentality I have going into this [CM] Punk fight.”

Roufus passed the first test, and now prepared for another. He has been training CM ….View full article