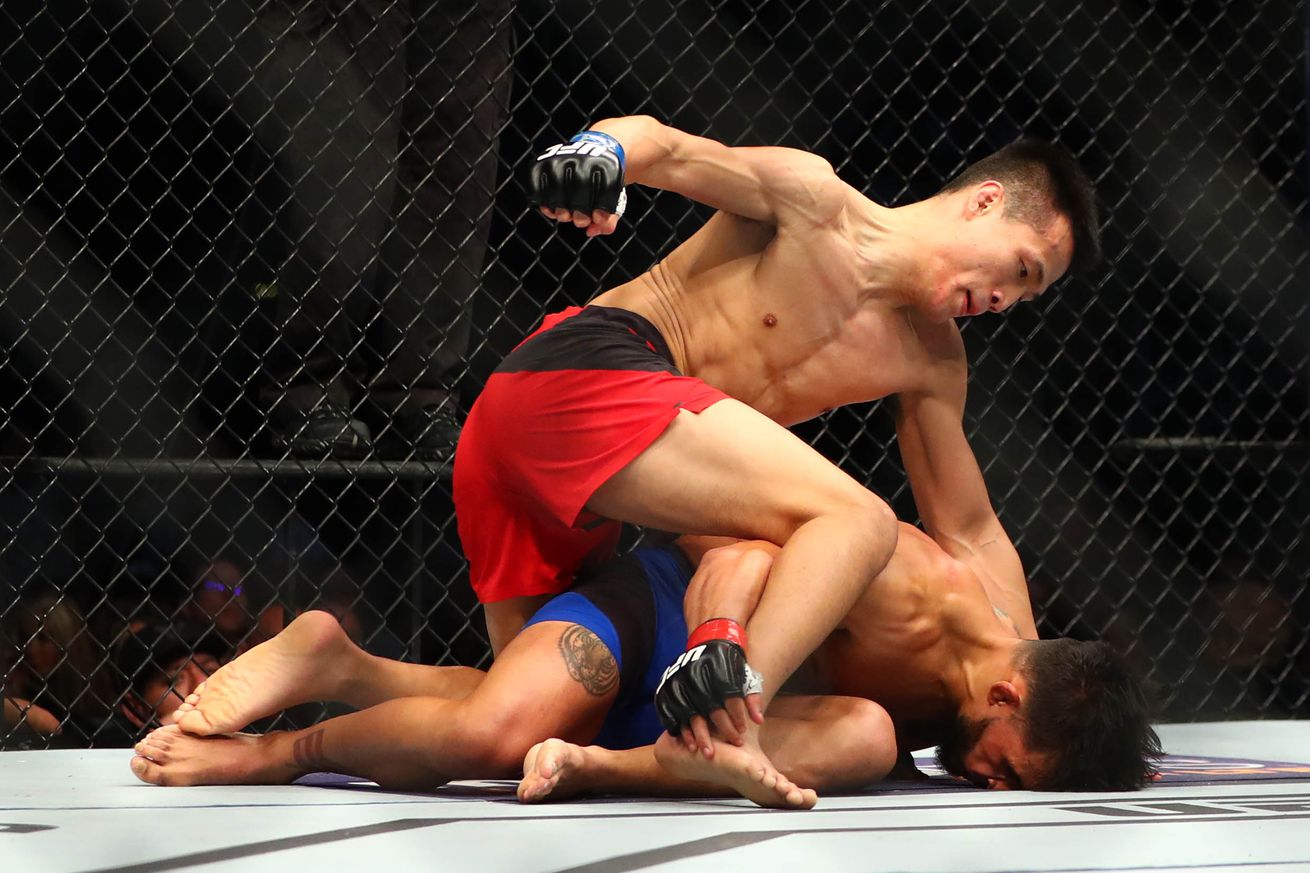 After knocking “The Menace” down with a clean uppercut, Jung piled it one with a few shots via ground-and-pound, though referee Herb Dean stepped in before Dennis took further damage.

But was he fight stopped too early? According to Bermudez, he feels it was.

“I thought it was a little bit early of a stoppage,” he said during the post-fight press conference (see it here). “I know I was on Herb’s leg. Like, I knew (Jung) was there trying to hit me, so I was shooting on him. It’s just Herb was – I know Herb was doing his job just to keep us both safe in there. But yeah, I had a big platform to make a rise to the top, and it didn’t go our way tonight.”

While the win was huge for “The Korean Zombie,” the lost was just as big for “The Menace,” as he was looking to make the most of his main event duties by winning his third straight against a fan favorite.

That said, the loss won’t deter Bermudez from getting back on the horse.

“I definitely improved this fight from my last fight even though I didn’t get the victory,” he said. “Mistakes were made, ‘The Korean Zombie’ capitalized on it, and it’s all good. We’ll keep moving forward,” he concluded.

What say you, Maniacs, was the fit stopped a bit too prematurely? Or did Dean step in at the right moment?