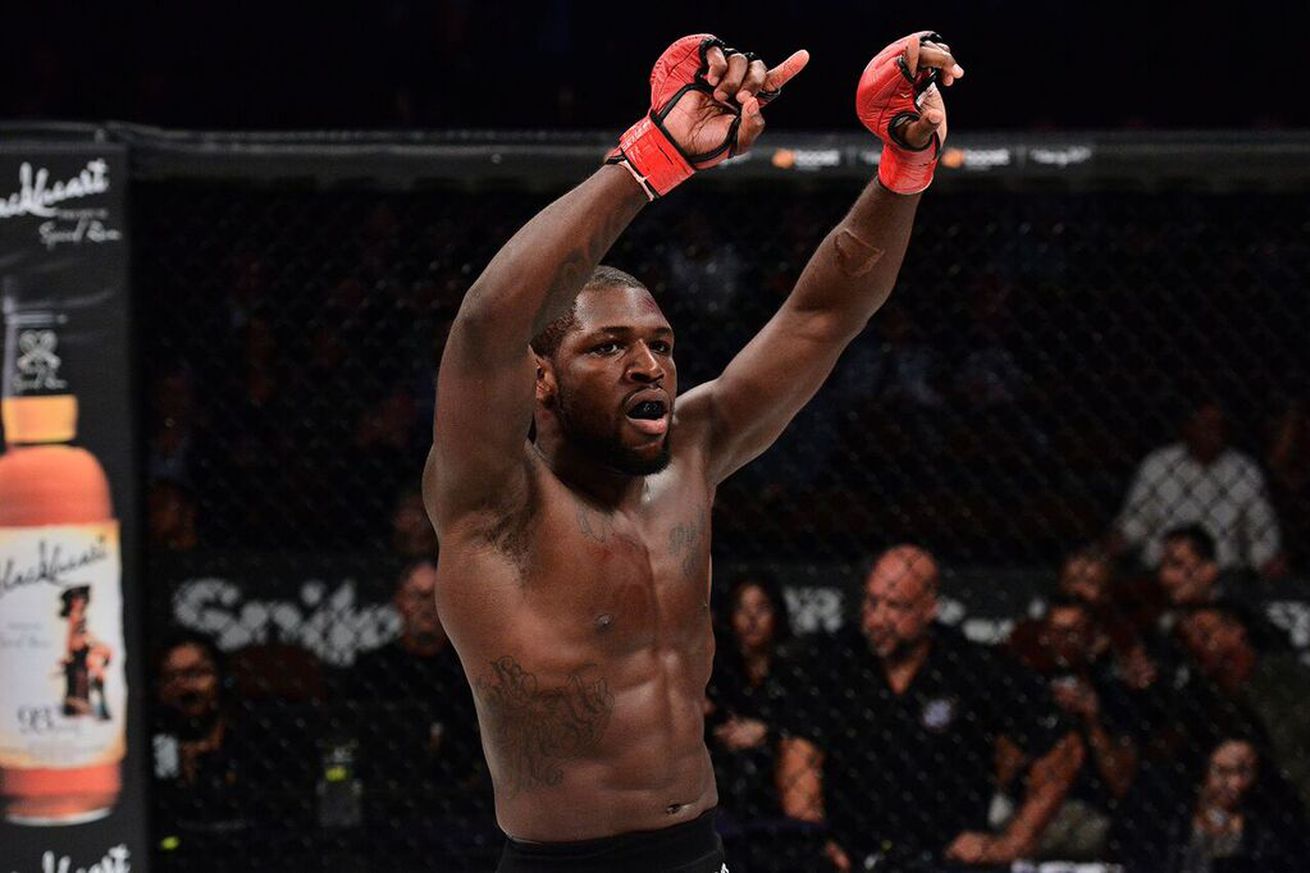 A pair of Bellator’s blue chip prospects are once again headed to the Mohegan Sun.

On Wednesday, Bellator announced that three-time collegiate wrestling national champion Ed Ruth will return to action in Uncasville, Conn., on April 21. And once again, he’ll be on the same card with fellow wrestler Tyrell Fortune.

Each fighter made their MMA debuts at the same venue at Bellator 163 in November. Ruth and Fortune will fight during the preliminary portion of the event.

The standout former Penn State wrestler Ruth, who scored his second victory over Emanuele Palombi in December in Italy, will face relative newcomer Aaron Goodwine (1-0). The 26-year old Ruth has finished each of his Bellator fights — the first coming against Dustin Collins-Miles — via first-round TKO.

The 26-year old heavyweight Fortune, a Division II national champion at Grand Canyon University, last competed in January against Will Johnson. He won the fight via second-round TKO. Fortune’s debut against Cody Miskell also ended in a TKO finish.

Bellator 178 takes place on April 21 at the Mohegan Sun, and will feature a featherweight battle between champion Daniel Straus and Patricio Freire, as well as a women’s flyweight bout between Ilima-Lei MacFarlane and Jessica Middleton.