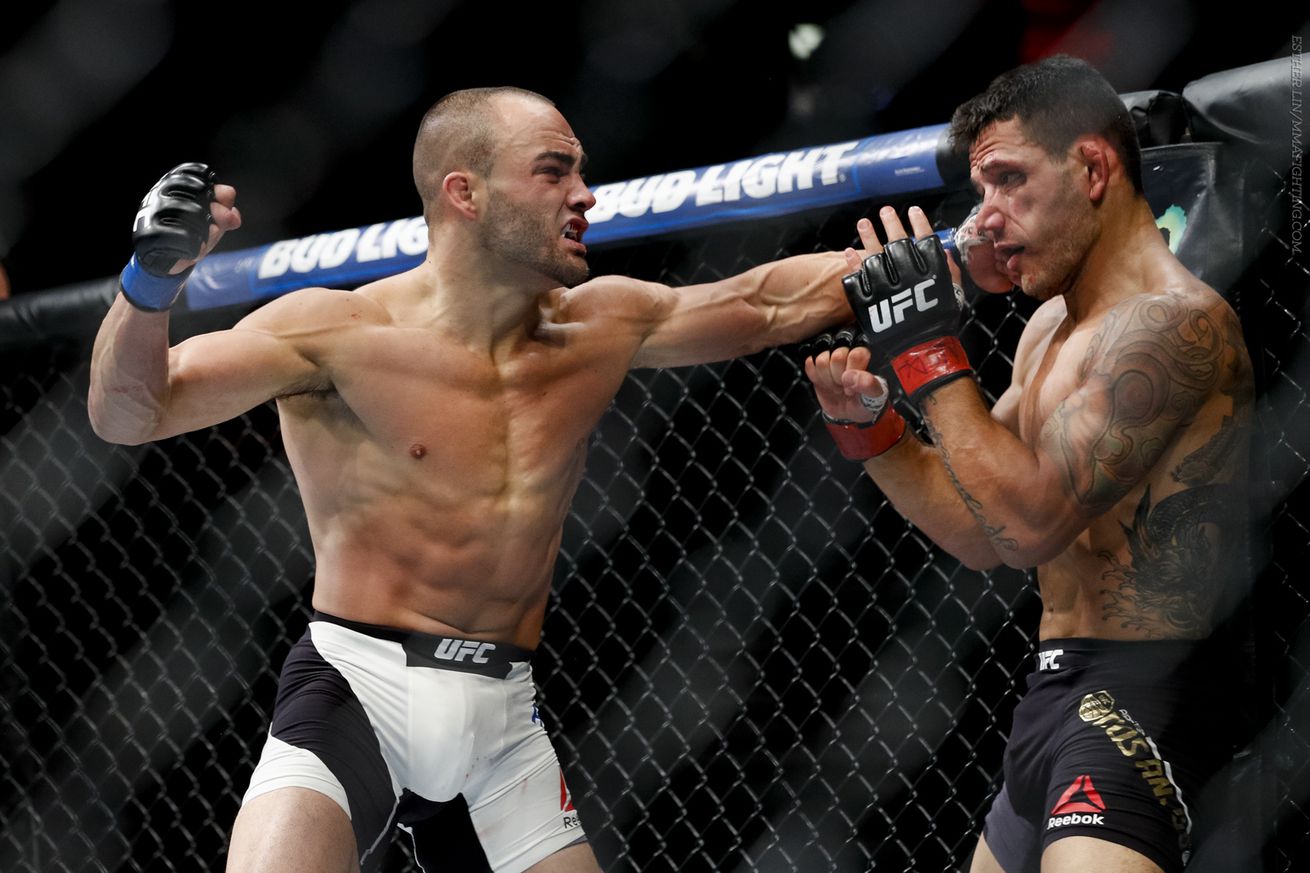 Alvarez entered the title fight against dos Anjos as an underdog, and left as the new UFC lightweight champion. Facing arguably the toughest test of his career, the 32-year-old fighter put on one of the best performances he’s ever had, stopping dos Anjos in the first round. Alvarez attributes that “phenomenal” performance to something few fighters ever mention: fear.

“When I look back on my career and I told people going into this fight, whenever I get a guy that everyone is high up about, that he’s really dangerous, that he’s killing opponents, I usually knock those guys out,” Alvarez said on Monday’s edition of The MMA Hour. “It has nothing to do with me being good or me having a certain technique, I get scared. I literary get afraid to the point where my body reacts in ways that it just makes for phenomenal performances.

“So in the past, I always wanted guys that are super dangerous because my body responds in ways that surprise myself. And I’ve always done that especially against southpaws. Every southpaw I ever fought mostly, I think were my most vicious knockouts of my career, so dos Anjos was that guy. That’s why I said he probably shouldn’t be real violent with me the way he was with Pettis and these other guys because I respond differently when people attack me like that, and I think it’s because I’m a little afraid to be honest with you.”

Alvarez doesn’t consider fear as a sign of weakness. Instead, he embraces it, and uses fear to become a much more dangerous fighter inside the cage.

“People say in this sport and look at it ….View full article