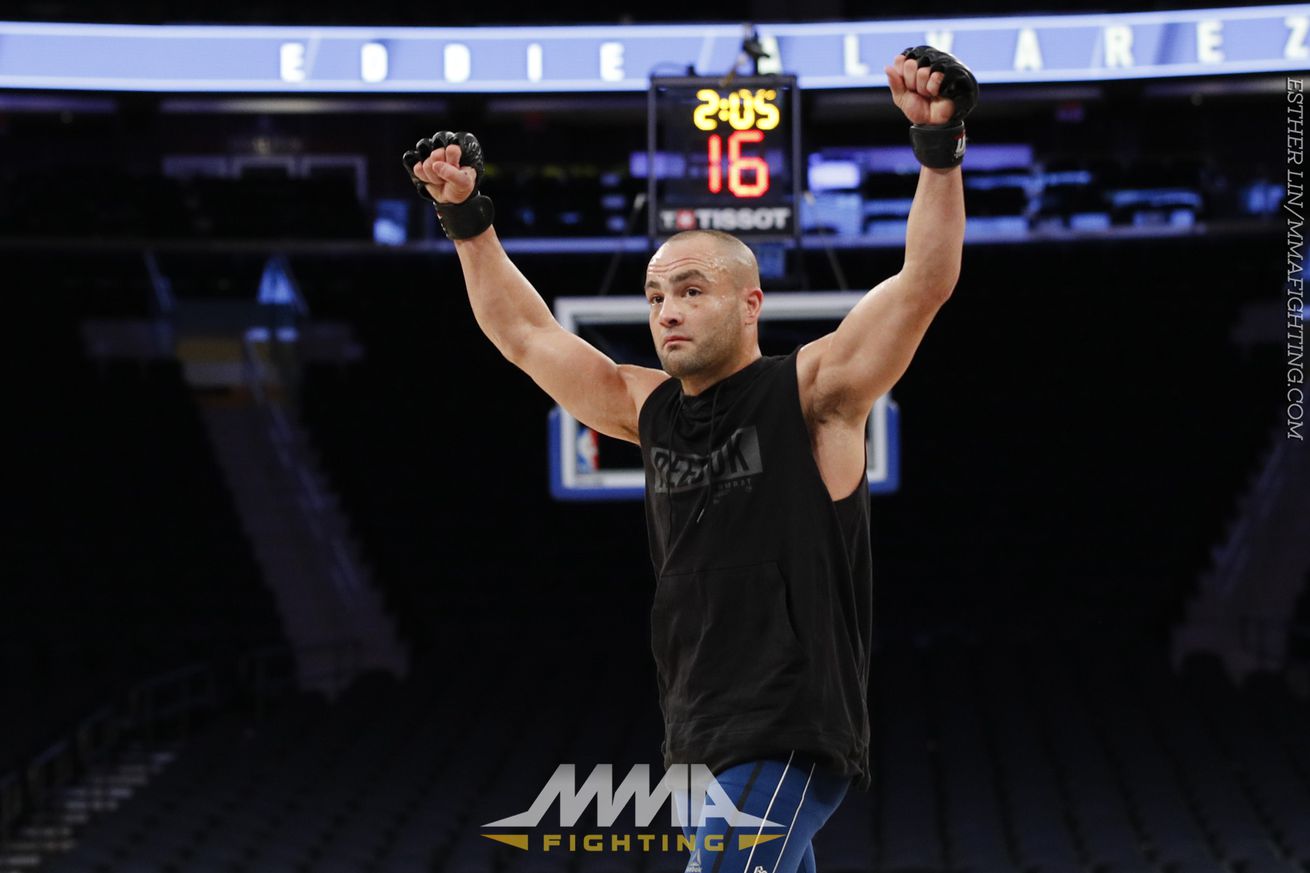 The UFC lightweight champion chanted “And Still!” after he finished up at the open workouts Wednesday, and spoke for a few moments about how he plans on keeping his title.

Alvarez, who won the 155-pound belt back in July by defeating Rafael dos Anjos, is an underdog heading into his big fight Saturday. He looked — and spoke — like a man who was ready to prove odds-makers wrong.

“Hey, I’m blessed,” he said. “Whether you’ve got a red, white and orange flag, it don’t matter what you go. You’re here and I appreciate you guys.”

As for the moment? Alvarez was soaking in the scene Wednesday.

“Magic, pure magic,” he said. “Look, I fought 13 years to put my life to put myself on this stage, in front of the biggest crowd, and I am super-excited to go out there and do something violent, and do something high-paced.”

Alvarez said his only hope was that McGregor brings the fight to him.