Home MMA News Eddie Alvarez says Conor McGregor is the king of the ‘rock back’ move, only has a left hand
ShareTweet 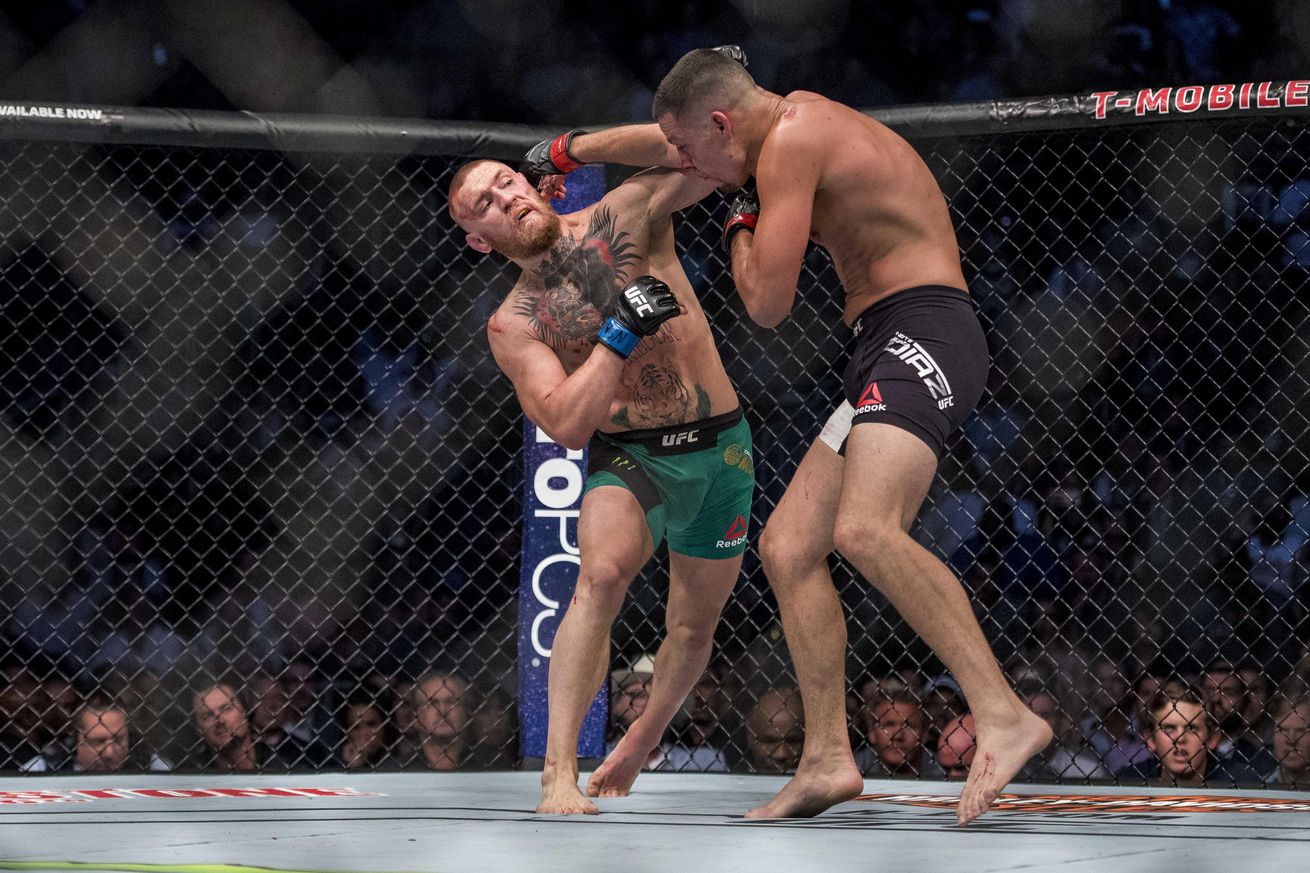 Eddie Alvarez has done a lot of chirping leading up to his lightweight title defense opposite Conor McGregor at UFC 205 on Nov. 12. Outside of the UFC 205 press conference last month (watch here), Alvarez has done more trashtalking than “Notorious” himself. That’s rare, especially considering McGregor often defeats opponents mentally before dissecting them physically.

The current Ultimate Fighting Championship (UFC) 155-pound champion has not only stated that McGregor lacks championship spirit, but Alvarez is predicting he’ll finish the Irishman via second-round submission. But it is Alvarez’s belief that McGregor is nothing more than a left hand that leads us to believe he may be underestimating the transcendent mixed martial arts (MMA) superstar entering UFC 205.

“To me, he’s just a left hand,” said Alvarez during a recent appearance on the MMA Roasted podcast (transcribed by Fansided). “He’s just a guy with a left hand. That’s how I see him. He does something that we call a ‘rock back’ well. Mayweather does it. A lot of Philly fighters do it. [McGregor] lives and breathes off it. A lot of MMA guys don’t know about these boxing things that they do. This is a move that’s very easily taken away and we’re going to dominate every step of the way.”

“Without giving away a gameplan or anything, everything’s taken away with the proper preparation. I’m confident in my coaches, I’m confident in our gameplan and our ability to go out there and do it. We’re just following this gameplan step-by-step.”

While McGregor has made a living out of sleeping competition with his dangerous left hand, Alvarez may find himself in trouble if that’s all he’s focusing on leading into his first UFC title defense. Because as good as McGregor is at knocking people silly, he demonstrated sensational body shots ….View full article