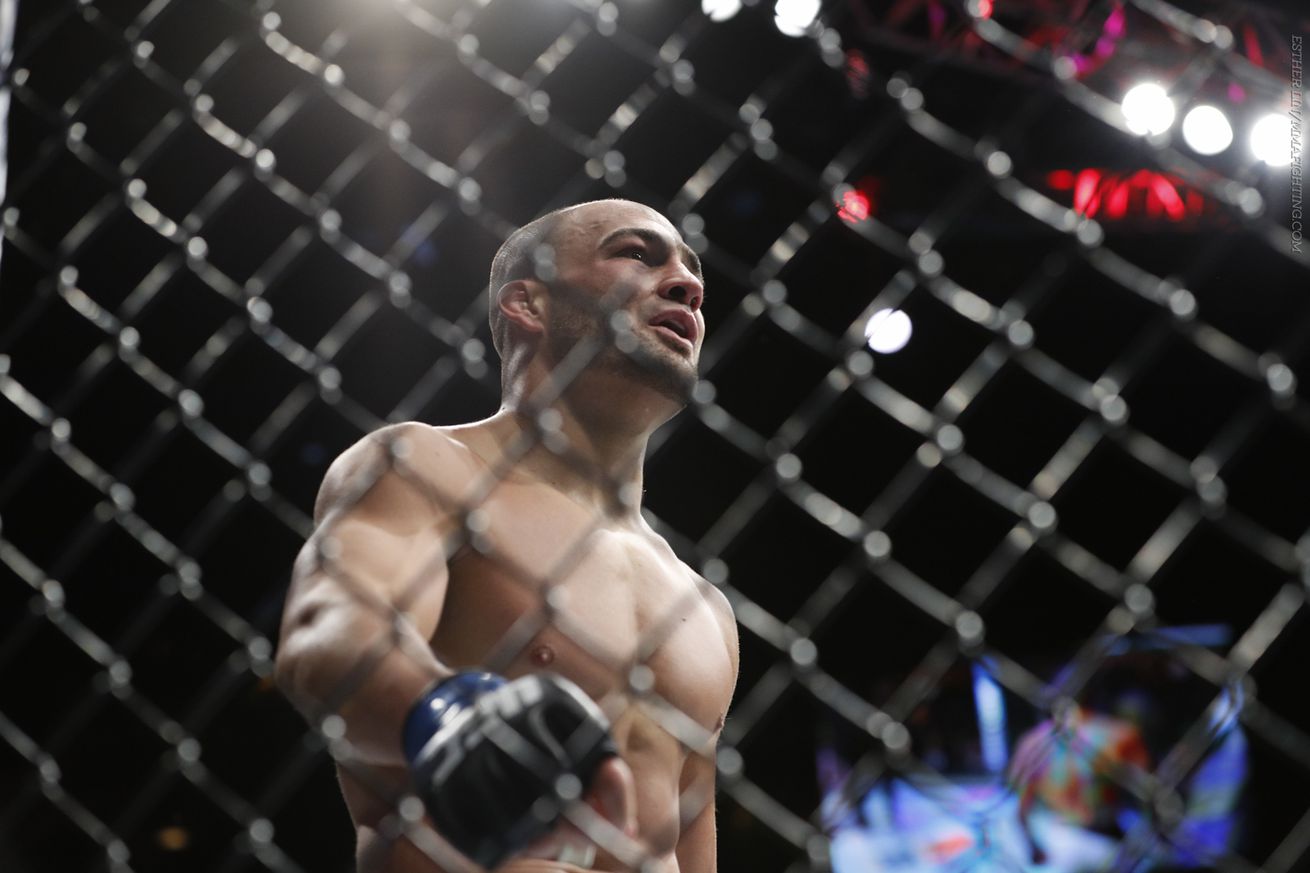 Eddie Alvarez and Bjorn Rebney have a long history, most of it adversarial. The two men were once on opposite sides of an ugly, public lawsuit involving Alvarez, Bellator MMA and the UFC.

Yet, when asked about Rebney’s role in the Mixed Martial Arts Athletes Association (MMAAA), Alvarez gave a surprising answer about his feeling to Ariel Helwani on Monday’s edition of The MMA Hour. Alvarez, the former UFC and Bellator lightweight champion, called the move “genius.”

“You know how like when a hacker gets caught, they flip him?” Alvarez said. “The hacker knows how to get into the system. So the FBI … they tell the hacker, ‘If you don’t teach us everything you know, then we’re gonna lock you up?’ I looked at it like that same way. Here’s a guy who knows every which way, every angle of how to really damage a fighter or their career. Now, if you flip him on the fighters’ side, he can do the complete opposite. I thought it was genius to find a guy who knows all the ins and outs.”

Alvarez, 33, would end up signing in earnest with the UFC in 2014. By that time, Rebney was out as Bellator’s president, replaced by Scott Coker. Rebney surfaced again publicly after more than two years last December when he was part of the MMAAA launch conference call. Rebney and fighters like Tim Kennedy and Georges St-Pierre discussed the need for a fighters association, a more even financial playing field for fighters with promoters, and even a monetary settlement from the UFC.

“Initially, I thought this is a terrible idea, putting him in the forefront of it,” Alvarez said. “But having him on the team, they couldn’t have found a better person on the team to fight for the fighters.”

The one thing Alvarez would have done differently, he said, was having Rebney as one of the public faces of the MMAAA. That was a bad idea, Alvarez said, because of Rebney’s reputation and Kennedy has said the same thing publicly.

“It’s good to have him on your side, for sure,” Alvarez said. “But I don’t think it was good putting him on the forefront. His face should have been more like a silent partner.”

Rebney said on the call and in subsequent interviews that he was only an advisor in the MMAAA and didn’t have power to make any changes. The fighter board of St-Pierre, Kennedy, Cain Velasquez, T.J. Dillashaw and Donald Cerrone have the ability to that solely, Kennedy has said.

Alvarez said he’s not sure if he’d be a part of the MMAAA and that he has to learn more about it. He acknowledges that there is an imbalance between fighters and promoters (estimates put fighter pay at 15 percent of the UFC’s revenue or less, which has been disputed by the promotion), but he isn’t sure if the MMAAA will fix it. Alvarez said if the top three fighters in every weight class and every champion decided not to compete until the situation is amended, nothing will be different.

“Something serious and drastic would have to happen,” Alvarez said. “Every champion would have to say, ‘We’re not fighting.’ That really puts a stick into things. That’s not going to happen, so nothing is gonna change.”