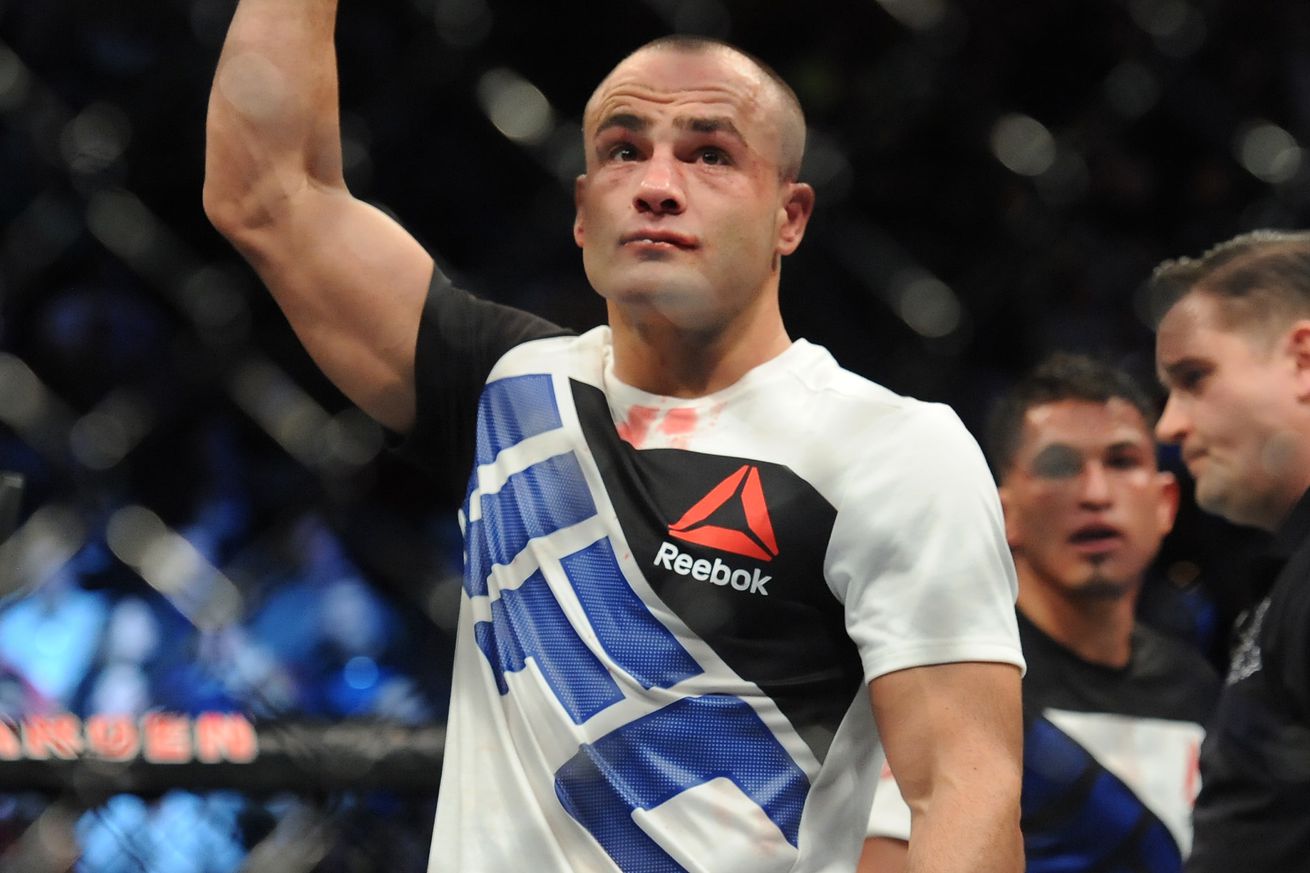 He doesn’t want to be fighting bums, either.

I guess Eddie Alvarez — like a lot of folks in the lightweight and featherweight divisions — is in a weird place right now, thanks to a unique situation taking place at UFC 196. That’s where 145-pound champion Conor McGregor will move up in weight to challenge Rafael dos Anjos for the 155-pound strap.

If the Brazilian wins, then the Irishman returns to his own weight class and it’s business as usual.

If, however, he’s able to upset the lightweight apple cart, then matchmakers will have to decide which belt gets defended first. Or whether or not McGregor is allowed to move up — yet again — and vie for the welterweight title held by Robbie Lawler.

If so, it could be a long, long time for Alvarez to get his crack at the crown, but there are bills to pay, so don’t expect to see him riding the pine until further notice.

From his conversation with MMA Junkie Radio:

“I’m not saying I’m sitting out. I’ve got my eyes on fighting again if we’re not given a title shot. But I definitely want to see what goes down on March 5. I’m interested in what goes down on March 5. I have a good idea of what could happen and I think I want to be active. I don’t want to wait another seven or eight months if that’s what it takes to get a title shot, I want to get my hands on an opponent. But it can’t just be any opponent. I don’t want to fight a guy who is No. 20. I didn’t come in the UFC to fight a guy who is No. 20 or something like that. I want to fight the best guys. ….View full article