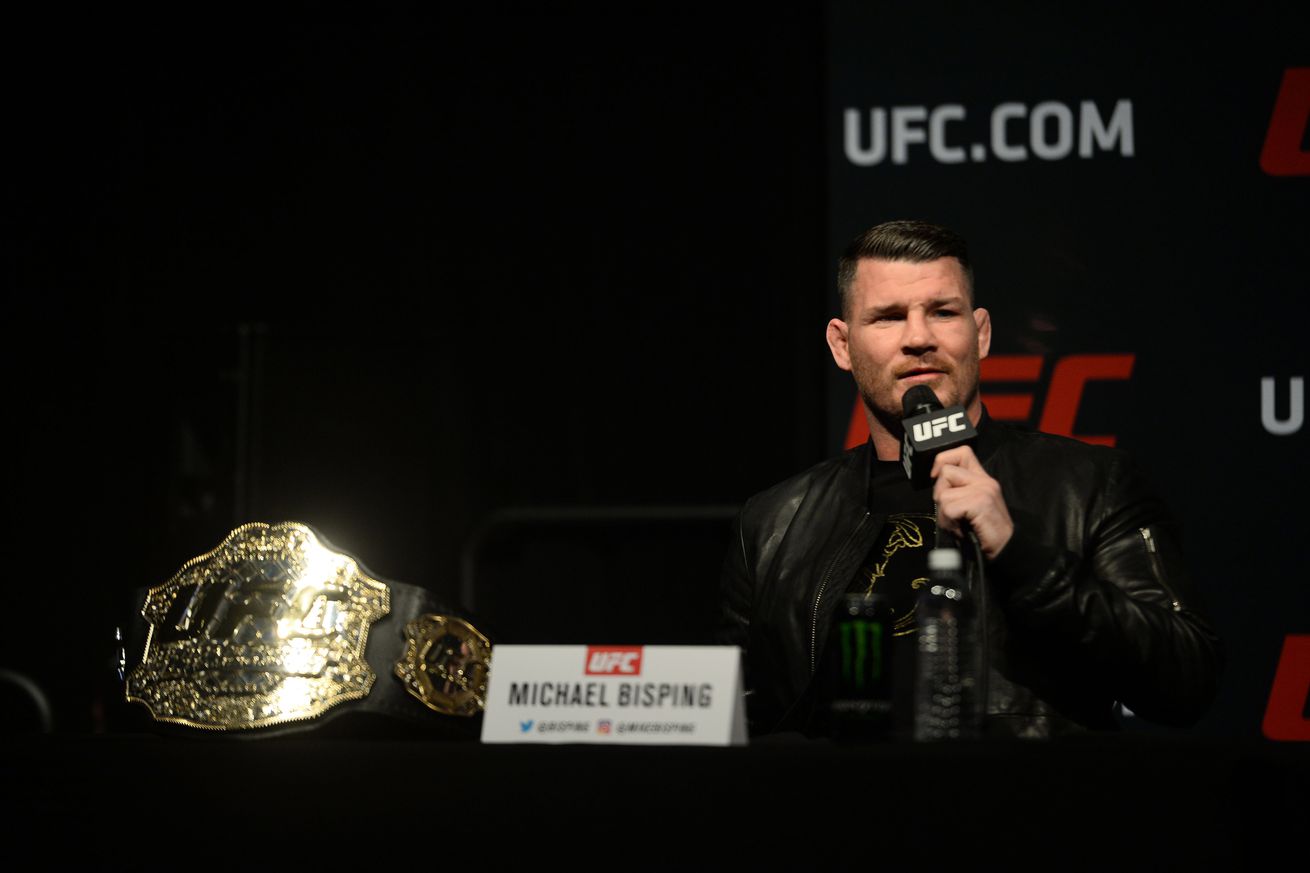 That’s why the boozing Brit confronted Bravo at the World MMA Awards last weekend in Las Vegas, Nevada, an altercation that eventually found its way onto social media (see the replay here).

“I said ‘he visually improves from fight to fight, and you can see it’, I’m sure he’s sick of hearing that,” Bravo said on Joe Rogan’s Podcast (via Bloody Elbow). “I was complimenting him, and I can see how he thought that implied he was subpar at one point.”

“He was like ‘I take offense to that man! I was always a bad ass since the Ultimate Fighter show.’ I understand where he’s coming from,” Bravo continued. “He didn’t even remember, and he blacked out. But we’re cool, he DM’d me on Twitter and said ‘dude, sorry about last night.’”

Bravo insists Bisping is a friend and they were never close to trading blows.

Bisping will move on to fight returning welterweight sensation Georges St-Pierre — who is moving up to middleweight — later this summer after “The Count” recovers from knee surgery.