Home MMA News Eduardo Dantas: Winner of Darrion Caldwell vs. Joe Taimanglo is next in line for Bellator title
ShareTweet 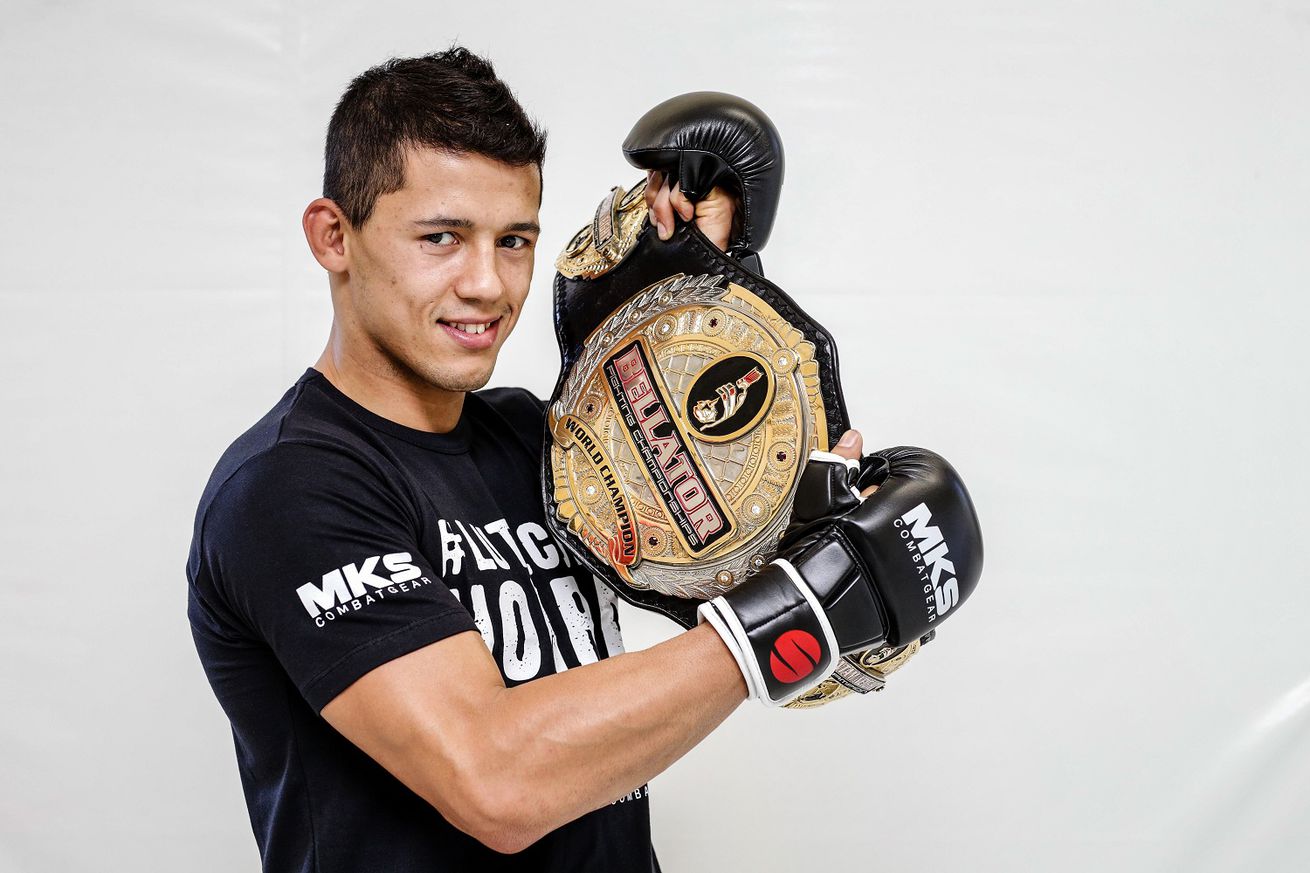 Eduardo Dantas recaptured the Bellator bantamweight championship with a dominant victory over Marcos Galvao in June, and tonight’s Bellator event Mulvane might determine who’s next in line for a shot at the gold.

Headlining Bellator 159 at the Kansas Star Arena, Darrion Caldwell puts his undefeated record on the line against Joe Taimanglo, and Dantas expects to fight the winner of this fight sometime later this year.

“It will be Darrion Caldwell or Joe Taimanglo,” Dantas told MMA Fighting. “After this fight, we’ll have an exact date for my return. I believe I’ll be fighting in October or November. My plan is to fight as soon as possible. I’m anxious. I have no injuries, I’m back to training already. The sooner, the better. I’m the best in the world at Bellator. I know that I will be able to conquer everything I want.”

Unbeaten in six Bellator bouts, Caldwell is a huge betting favorite against Taimanglo, but Dantas promises to “run through” whoever gets in the cage with him next.

“Caldwell is a good wrestler and is trading more now, but he never fought someone like me,” Dantas said. “If he’s next, great, but (Taimanglo) is also a tough fighter with heavy hands. Whoever comes, I’ll run through. I’m hungry. I’m fixing my mistakes every day. I’m a different ‘Dudu’ now, and I can’t way to prove it. I will run through anyone that is in front of me.”

While he doesn’t have a date to return to action, Dantas is giving back to the community in Rio de Janeiro. The Bellator champion decided to help 2015 APB Pro Junior World Tour champion Socrates Santana, paying his travel expenses.

“I’ve been following Socrates for a while, and he’s awesome,” Dantas said. “We live in the same state, in this beautiful city that ….View full article