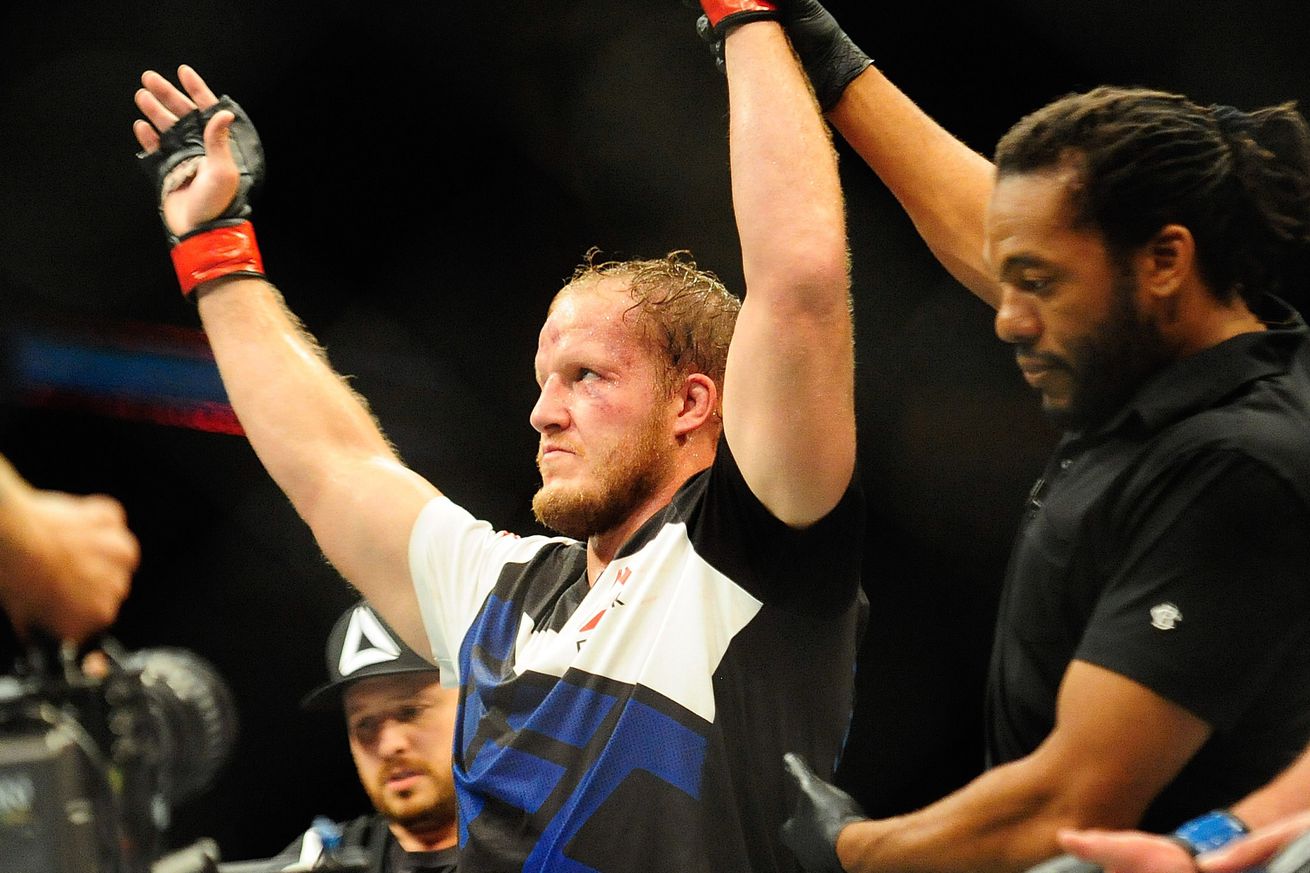 World Series of Fighting (WSOF) returns on Oct. 7, 2016, at Kansas City Memorial Auditorium in Kansas, Mo., with undefeated Lightweight sensation Justin “The Highlight” Gaethje (16-0) taking on Ozzy Dugulubgov (8-2) in the main event of WSOF 33. Don’t be surprised if former Ultimate Fighting Championship (UFC) Heavyweight force Jared “Big Show” Rosholt is there to announce his first fight in the Decagon.

The superb former Oklahoma State University (OSU) wrestler boasts a 14-3 professional mixed martial arts (MMA) record and went 6-2 in eight UFC fights, which made his release after a loss to “Big Country” Roy Nelson earlier this year something of a surprise. UFC’s loss is WSOF’s gain, though, as company president Ray Sefo was happy to crow about signing Rosholt and another Heavyweight prospect named Ashley Gooch (10-4).

“We are excited to welcome one of the sport’s top, free-agent heavyweight stars in Jared Rosholt, as well as veteran Ashley Gooch, who has been on fire of late, to the World Series of Fighting roster and look forward to seeing how each is able to contend in the decagon cage where we have a growing number of exciting and fast-rising stars vying for our coveted championship that is held by Blagoy Ivanov.”

Is that a teaser that Rosholt will be fighting Ivanov in his promotional debut? We’ll have to wait and see.

To check out the latest WSOF-related news and notes click here.