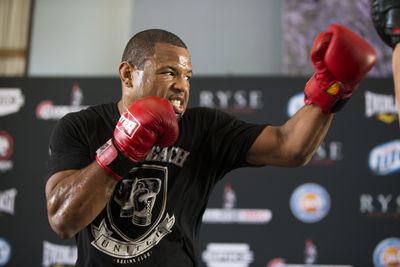 A light heavyweight rematch will round out the main card of Bellator 149.

The bout will be a rematch of an encounter held at Bellator 130, in which then-champ Newton submitted Vassell in the fifth-round with a rear-naked choke.

Newton (25-9-1) of Long Beach, Calif., is looking to snap a two-fight losing streak. He lost the title to Liam McGeary at Bellator 134, then was submitted by Phil Davis in the first round of the light heavyweight tournament at Bellator: Dynamite.

Vassell (15-5, 1 NC) is also looking to get back into the win column. He took a nine-fight win streak into the first Newton fight, but that encounter kicked off a stretch of two losses in three fights, including a decision loss to King Mo Lawal in the opening round of the Bellator: Dynamite tourney.

The Newton-Vassell rematch completes the main card for Bellator 149 at the Toyota Center. The remainder of the main card features Royce Gracie’s trilogy fight with Ken Shamrock; Kimbo Slice vs. DaDa 5000; Daniel Pineda vs. Emmanuel Sanchez; and Melvin Guillard vs. Mike Bronzoulis.