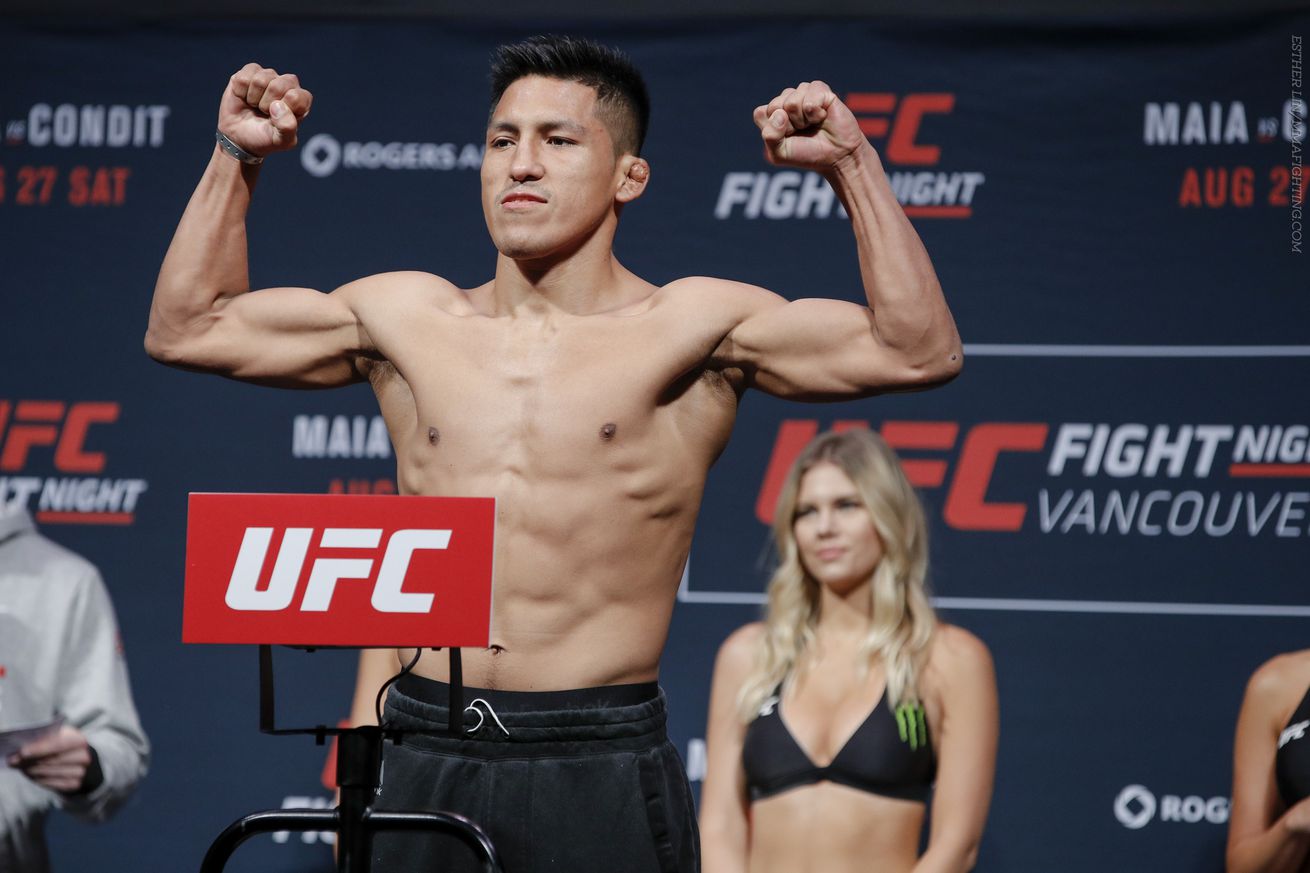 A featherweight fight between The Ultimate Fighter: Latin America veterans Enrique Barzola and Gabriel Benitez has been added to UFC 211. The news was announced by UFC Español on Thursday.

Barzola, who won the second season of TUF: Latin America, was last seen inside the Octagon in November at UFC Fight Night 98 where he scored a unanimous decision win over Chris Avila. The Peruvian fighter is 2-1 since joining the UFC back in 2015, and owns a professional MMA record of 11-3-1.

His opponent, Benitez, is also coming off a win, submitting MMA veteran Sam Sicilia back in September at UFC Fight Night 94. The TUF: Latin America season one competitor is 3-1 in the UFC with his lone loss coming to Andre Fili. Benitez has a professional MMA record of 18-5.

UFC 211 is set to take place on May 13 at the American Airlines Center in Dallas, Texas. Heavyweight champion Stipe Miocic will defend his title in a rematch against Junior dos Santos in the main event.