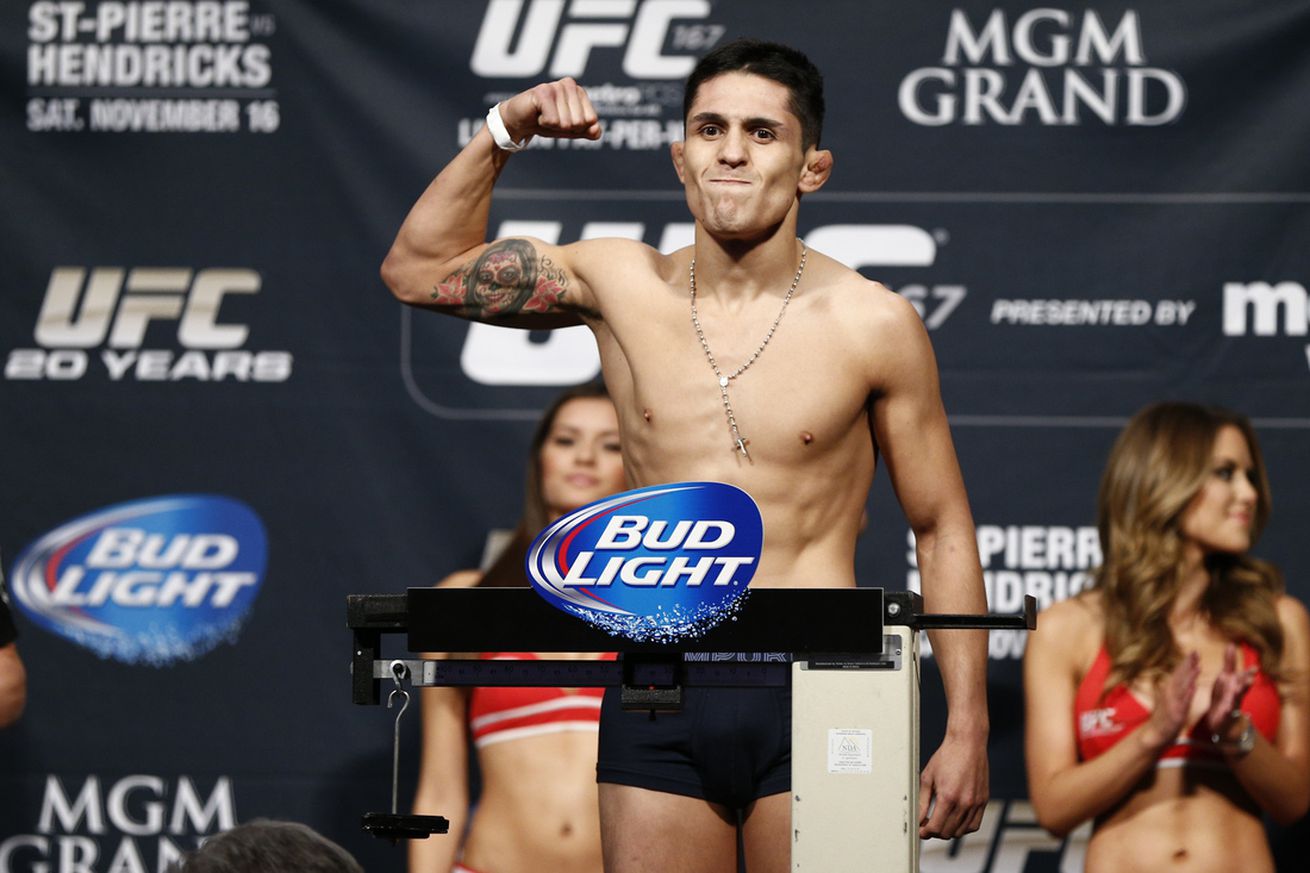 A bantamweight bout pitting Erik Perez and Francisco Rivera has been added to UFC 201. The news was first reported by Indicutido on Tuesday, but later confirmed by MMA Fighting.

Perez (15-6), who only competed once in the 2015 calendar, is coming off unanimous decision win over Taylor Lapilus at The Ultimate Fighter Latin America 2 Finale in Monterrey, Mexico back in November 2015. Prior to that, the Mexican fighter suffered a loss to Bryan Caraway via rear-naked choke back in June 2014. The 26-year-old Perez is 2-2 in his last four performances.

Meanwhile, Rivera (11-6-1 NC) is 1-4 in his past five outings, falling short to top-level competitors such as Takeya Mizugaki, Urijah Faber, John Lineker and Brad Pickett. “Cisco” last fought at UFC Fight Night 84 in London, England, where he suffered a split decision loss to Pickett. His last professional win came back in June 2015 at UFC Fight Night 68 where he knocked out Alex Caceres.

UFC 201 takes on July 30, 2016 at Philips Arena in Atlanta, Ga. Robbie Lawler is scheduled to defend his welterweight title against top contender Tyron Woodley in the main event of the card.