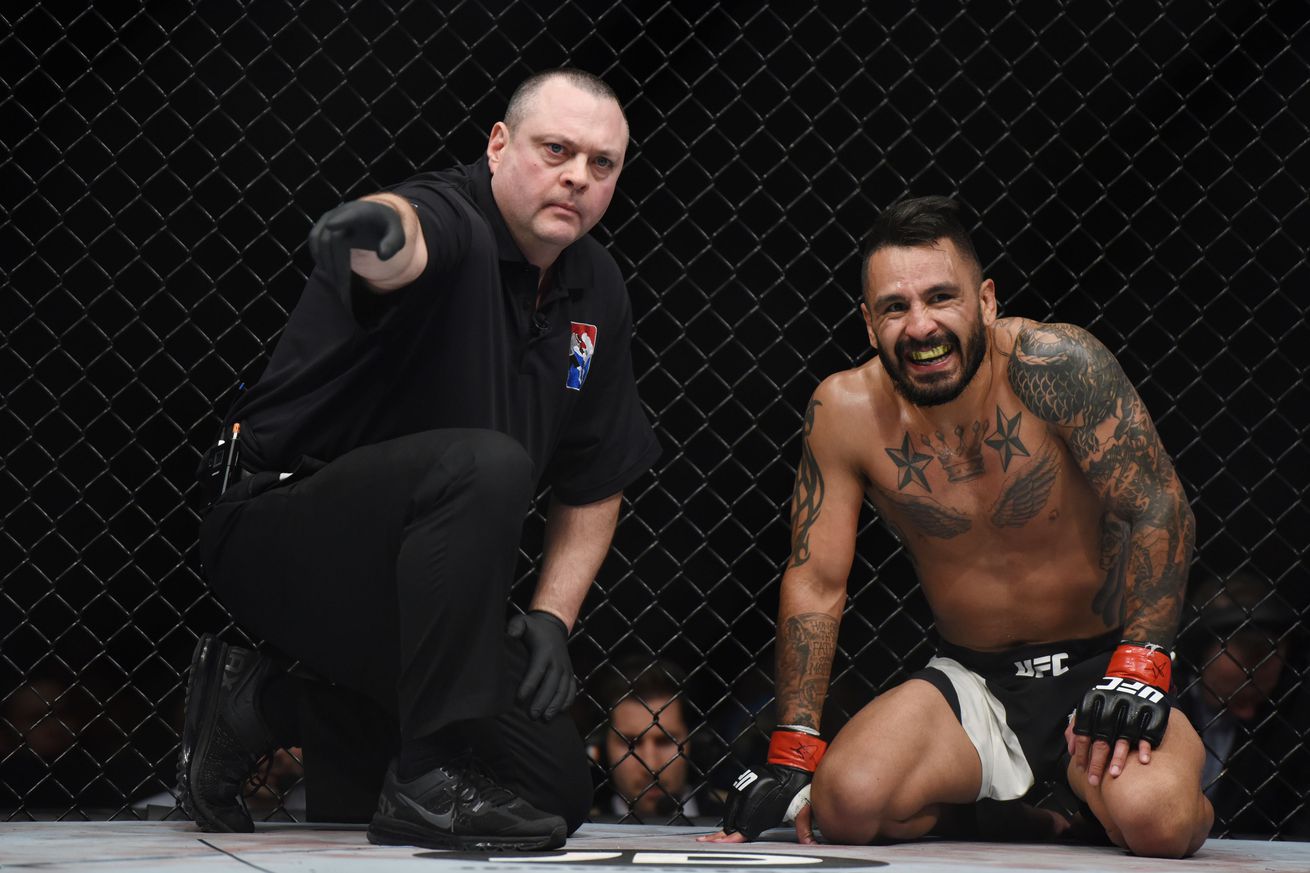 In the only Bantamweight bout on the card, divisional mainstays Francisco Rivera and Erik Perez squared off in what hoped to be a classic barn burner. Despite an unusual slow first round, Rivera and “Goyito” began to open up and exchange in the center of the Octagon, which included spinning elbows, slick footwork and powerful counters. The two Mexican fighters opened up the third round with an energy-sapping brawl, which saw Rivera fall down from punching. But it was the adaptability and persistence of Perez that earned the Alliance MMA-trained standout a unanimous decision victory.

The full video highlights can be seen above, courtesy of UFC on FOX.

Perez has been riddled with injuries and lackluster performances throughout his Ultimate Fighting Championship (UFC), but looks like he may have turned a corner at 26 years of age. Look for him to continue to improve in all facets as he continues his redemption tour at 135 pounds.