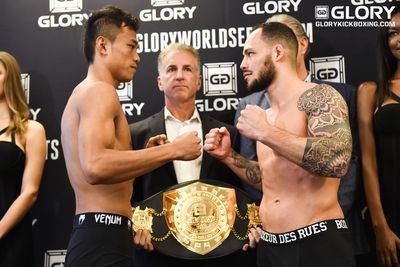 MMAmania.com spoke to ESPN about its agreement with GLORY kickboxing that was announced earlier today (Nov. 5, 2015) for GLORY 25, which will be aired on ESPN3 and ESPN 2 on Friday evening.

The reaction from GLORY brass was positive. That’s because the kickboxing promotion was actively seeking a new broadcast deal long before official world came down that it would split from its its long-time partner, Spike TV.

“We couldn’t be happier to be on multiple platforms of the most watched, most talked about sports network in the world,” said Franklin in a prepared statement. “This Friday will be the first time our stacked card will be available live on both coasts – joining live international broadcasts already scheduled in more than 100 countries, with almost 80 more on delay – and we’re excited to be working with ESPN.”

The worldwide leader in sports shed some more light on the agreement with GLORY and the benefits of the kickboxing promotion being a part of ….View original article